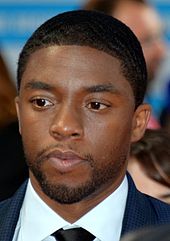 The recent death of Chadwick Boseman of colon cancer at the age of 43 is a sad reminder that reality is objective and that one must be at absolute liberty to live, create and trade.

Boseman first came to my attention as a leading actor in the motion picture 42 as baseball player Jackie Robinson. His performances in other movies, such as his leading title performance as a young lawyer in Marshall, were outstanding. Boseman rose above his title role in Black Panther, the mediocre comic book movie from Disney’s Marvel series.

However, as with Whitney Houston, who died at the age of 48, and similarly chose to conceal her personal life, including her struggles and illnesses, Chadwick Boseman is best remembered for the whole scope and range of his ability as an artist. He ought not to be reduced to being primarily known as the actor who appeared for several scenes in a forgettable movie. Other young actors, such as Paul Walker and Heath Ledger, have also died before they reached their fullest potential. Boseman, who portrayed at least three men of distinct ability, especially Jackie Robinson, deserves nothing less.