Black Focuses On Music, Not Concept, In New Sound 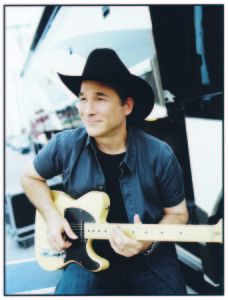 When former Houston honkytonker Clint Black takes the stage at the Tower Theater on Friday, there won’t be any alter egos, high concepts or major musical changes on display. The 37-year-old country singer plans to let his work – particularly his new D’lectrified – speak for itself.

“This is going to be a 2 1/2-hour show for small theaters,” said Black, at home in Nashville. “There’s no opening act. I do a bunch of my previous hits, including ‘Put Yourself in My Shoes,’ ‘Killin’ Time,’ ‘A Better Man,’ ‘A Good Run of Bad Luck,’ ‘Summer’s Comin’,’ and ‘Like the Rain,’ plus as many as five or six songs off the new album,” including “When I Said I Do,” performed with his wife, Lisa Hartman Black.

Garth Brooks has grabbed the headlines lately for his pop-crossover conceit In the Life of Chris Gaines, but Black – whose traditional style rejuvenated country in the late 1980s – is focused on his own challenges. The unplugged D’lectrified, which he produced, has received good notices and pairs him with Kenny Loggins, Waylon Jennings, Bruce Hornsby, Edgar Winter and Monty Python’s Eric Idle, now seen as Brooke Shields’ boss on NBC’s Suddenly Susan. On Friday, he plans to hew close to the album’s recorded versions, right down to having a three-piece horn section.

“Onstage, I keep the essence of the song intact. The things about a song that are most engaging, like tempo, are still there,” he said. “I know that I don’t appreciate it when artists who are bored with a song just speed it up. I’ve been to concerts where the entire melody has changed. I understand the attachment to the songs – people have ownership of the songs – and I know I can tell you every nuance of a record I like.”

The intense, soft-spoken performer, who has homes in Los Angeles and Nashville, taught himself to play bass guitar at 17, learned three chords, figured out every song he could play with those three chords and went on to record back-to-back platinum albums in the early 1990s.

Black’s The Greatest Hits (1996) went double platinum this year, and his 1997 release, Nothin’ but the Taillights, spawned three number-one singles and two Grammy nominations. While his early success has been eclipsed by new-traditional artists for whom he paved the way, Black has no gripe about his country peers. He maintains his own official Web site (www.clintblack.com), is planning to sell his own line of guitars and cowboy hats, and considers his best weapon, in life and in work, to be his wife. A healthy marriage matters to him, he says, though he admits that it can be hard work: “Lisa and I expect that if we live long enough to be an old couple, we’re going to find many things that irritate each other. If we communicate, by the time we’re old, we will have eliminated them.”

Black abstains from partying while on tour (“it’s your party, not mine”) and says that traveling with Lisa makes life on the road easier. Hartman Black, who recorded four pop-rock albums between 1978 and 1986, is considering several career options of her own, he says, including a possible album and some TV acting roles. 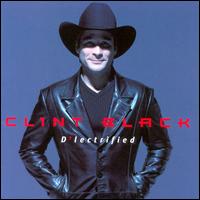 There isn’t one aspect of his work with which Black isn’t involved. “For D’lectrified, I wanted to make an album the way I normally make an album without the electric instruments,” explained the singer, who uses a voice coach to keep in shape. “I was working with a lot of guests, a choir, strings, horn sections, and that’s what made it interesting to me. As a sole producer, I was faced with a lot of challenges and not a lot of time in which to deal with it. I came away with a greater understanding of what you can do with different instruments.”

“I took a four-piece rhythm section into Capitol Studios, recorded them on digital tape, transferred it to my hard drive, and overdubbed everything at home on my software. So that’s the irony: It’s all acoustic instruments recorded in the digital domain using cutting-edge technology.”

Having just played a small-town doctor opposite Jason Robards in the forthcoming TV movie Goin’ Home, Black says he relishes the rigors of the tour. He’s also looking forward to another appearance on Bill Maher’s Politically Incorrect. “I don’t consider myself a leftie or a right-winger because they’re so extreme that they’re never going to get anything done,” he said.

Reluctant to take on the role of another celebrity with a cause, Black views his music as his means of self-expression – and hopes others will find his efforts worth it. As Black puts it: “I know how much ugliness is [in some pop music] out there. . . . I just hate ugliness for the sake of ugliness. There’s no purpose for it.”

This article originally was published in the Philadelphia Inquirer.