Gather friends and family (except young kids) to see the joyful Mamma Mia! In the key of Grease and last year’s Hairspray, this lightweight musical is pure, frivolous fun from beginning to end. The movie adaptation of the stage production (built on Swedish rock band ABBA’s popular tunes), which depicts the love of life, is a rare, brightly colored treat. 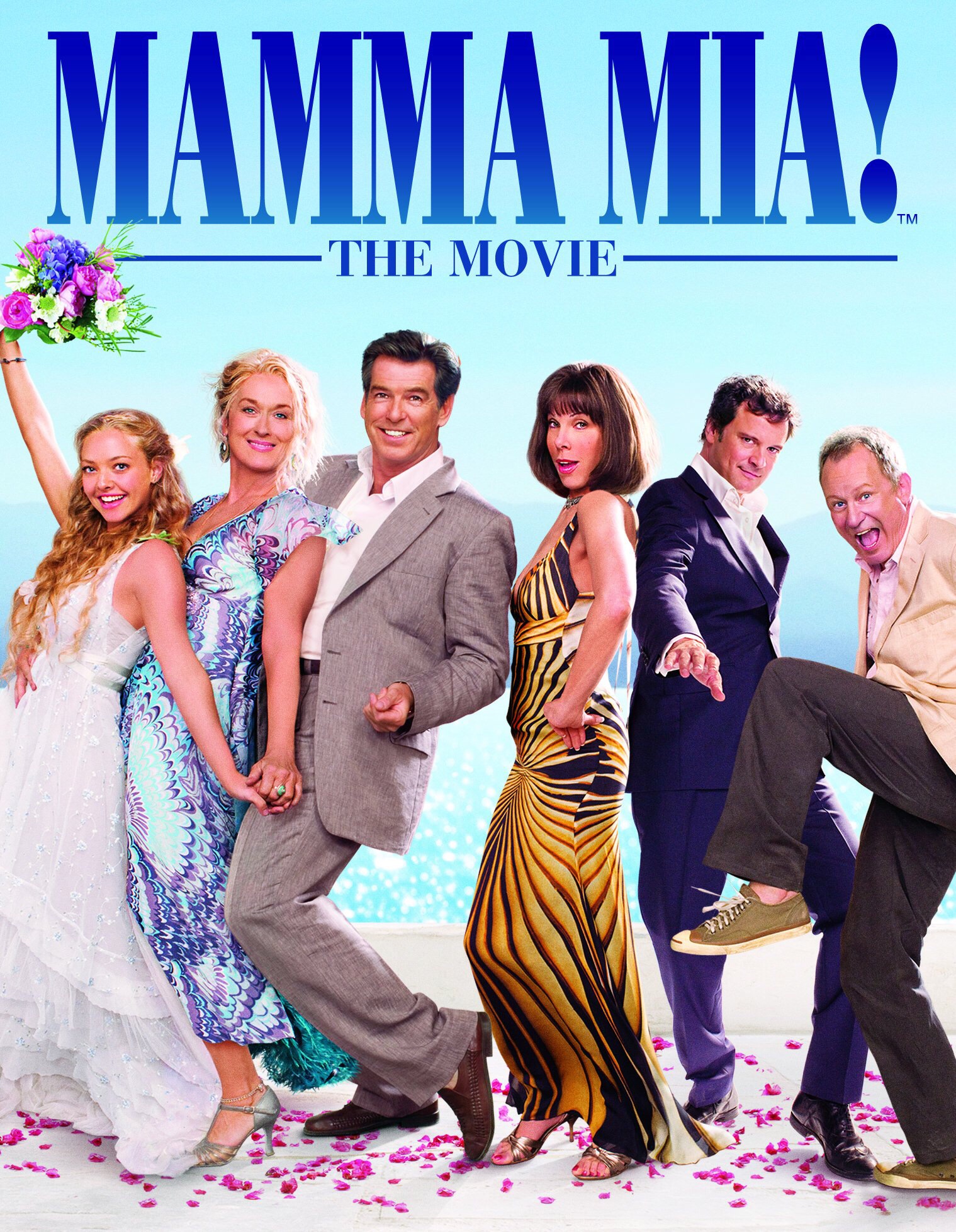 Led by Meryl Streep as a single mother living in the Greek islands, the plot and music are implanted with romance, humor and sentimentality. Streep portrays super-independent Donna, whose grown daughter, Sophie (Amanda Seyfried), is about to be married to spontaneous Sky (Dominic Cooper). Impetuous Sophie, upon discovering her mother’s diary, decides to invite three of Donna’s past lovers, any of whom may be Sophie’s dad, to the wedding. The movie’s broad theme, peppered with personal reckonings, is that the spirit of youth is everlasting.

The slightly scandalous and often silly affair is awash in various shades of blue and white, with tanned blonde goddesses and able-bodied gods preening while performing light pop music on seaview terraces and Mediterranean beaches. The movie’s as irresistible as one of ABBA’s many bestselling melodies, such as the ebullient hit, “Dancing Queen”, played for liberation here. Each song suits the moment.

For disclosure, this writer is neither a diehard ABBA fan nor a patron of the theatrical show, which earned a good reputation during its run, so my praise is not based on mere predisposition. One need not be familiar with ABBA’s catalog to enjoy this well-constructed vehicle.

Pre-wedding tension builds with neatly arranged songs — apparently sung by the actors — in beautifully and naturally choreographed and photographed set pieces that, like Chicago, match pictures to the material. The women saunter in sundresses and flowing locks highlighted by orange sunsets. The men playfully intrude like marauding pirates. You can almost smell sun lotion and sea air.

When secrets are revealed, everyone’s issues are addressed and resolved, packed with pleasant surprises, including a tender mother-daughter reunion,  and tolerance for romance no matter one’s age, race or sex. The musical picture show feels like an un-self-conscious pagan festival; the trio of would-be dads’ bellies bounce and the dancing dames’ middle-aged hips sway while fresh-faced youths prance with abandon in a multi-generational masquerade.

Some of this moving postcard approaches pathos, as when characters step in front of a mirror reflecting on what once was. Despite feeling sometimes like an excuse for mug queen Meryl Streep to strike a diva pose — and forgetting the pain of Pierce Brosnan’s flat singing — Mamma Mia! is a happy celebration of life and the love of it, making it Hollywood’s best summer picture in years. Bring the grandparents and enjoy the party.