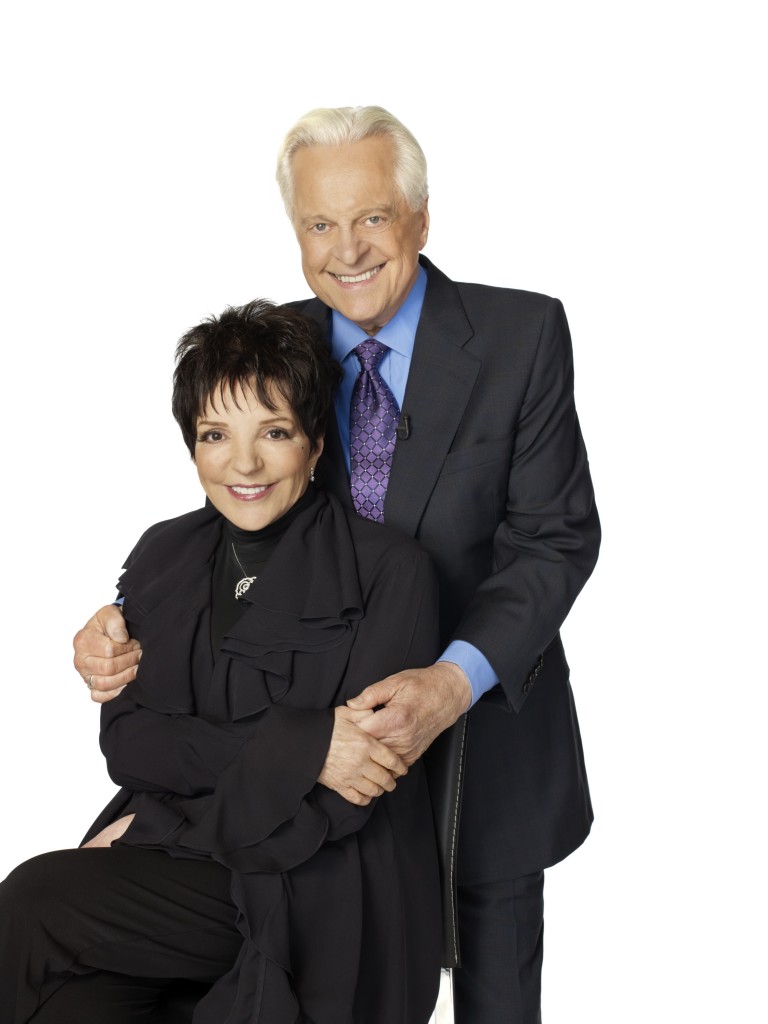 The incomparable singer and actress Liza Minnelli, winner of the Oscar, Emmy, Grammy and four Tony Awards, sits down with Turner Classic Movies (TCM) host Robert Osborne in one of his best interviews yet for a new Private Screenings special, scheduled to premiere Saturday, Dec. 11, at 10 p.m. (ET/PT). They discuss the lives and careers of Minnelli’s legendary parents, Judy Garland and Vincente Minnelli. In conjunction with the interview, TCM plans to air two nights of movies starring Garland, directed by Vincente Minnelli and/or starring Liza, including Meet Me in St. Louis (1944) with Judy Garland singing “Have Yourself a Merry Little Christmas” and directed by Vincente Minnelli about a turn-of-the-century family leading up to the 1904 World’s Fair in St. Louis, Vincente Minnelli’s The Bad and the Beautiful (1952) starring Lana Turner and Kirk Douglas, and Liza’s bravura leading performance in choreographer and director Bob Fosse’s cinematic musical about hedonism and the rise of dictatorship in the West, Cabaret (1972).

Scott Holleran: What were the terms of your interview with Liza?

Robert Osborne: There were no terms. I have known Liza for a long time and we had wanted to do a Private Screenings. But we don’t have many films [to air in conjunction with the interview] in our library, so it was difficult. We were at a party one night and she said, ‘would you be interested if I came on and talked about my mom and dad?’ She didn’t want to cash in on her parents [film director Vincente Minnelli and singer and actress Judy Garland]—she hasn’t talked about her mom very much, which may give the impression that they didn’t get along, and [Warner Bros.] own[s] the [Metro-Goldwyn-Mayer (MGM) film] library, so it worked out. There were no conditions at all. She knew that I probably wouldn’t go into something that she didn’t want to talk about. She knows that that’s not my style.

Scott Holleran: Who is Scott Schechter, to whom this Private Screenings is dedicated?

Robert Osborne: Scott Schechter is someone I knew who was a Judy Garland and Liza Minnelli fan. He wrote books about them—not just fan books—including one called Judy Garland: The Day-by-Day Chronicle of a Legend, in which he literally went through files for things that happened every day of her life, like the day she was fired from Annie Get Your Gun. It’s a definitive book, great for research. Scott was a great guy to go to as a resource; he would instantly know the answer. He was invaluable—a nice fellow. One night last year, he took the subway to the theater and died of a heart attack. He was always encouraging me to do something about Liza when I was with the Hollywood Reporter. I thought a dedication was appropriate.

Scott Holleran: What is the most essential aspect of Liza Minnelli’s career in pictures?

Robert Osborne: She continues a legacy that she was born into with an energy that her mother had and a face that her father had—her style always had a sense of MGM style and she’s a link to that classic movie era. Judy Garland had that Vaudeville style; she was out there belting the songs and Vincente Minnelli was this tasteful art director. Liza Minnelli has both the Vaudeville of her mother and the art of her father.

Scott Holleran: Why aren’t there clips of Liza’s performances at the Palladium, or the Palace, or her movies The Sterile Cuckoo (1969) or Tell Me That You Love Me, Junie Moon (1970)?

Robert Osborne: We probably couldn’t get the rights.

Scott Holleran: Why should one watch the Liza Minnelli movies TCM will be airing, such as…A Matter of Time (1976)?

Robert Osborne: Because it’s Vincente Minnelli’s last film and it’s the only film he made with his daughter Liza—and it features Ingrid Bergman and Charles Boyer, a chance to see the stars of Gaslight together again.

Robert Osborne: Because Liza talks about her father—about Vincente Minnelli as a creator.

Robert Osborne: Stepping Out is an undiscovered gem based on a play that was delightful. It’s a wonderful, feel-good movie with Julie Walters, Shelley Winters and Liza.

Robert Osborne: Cabaret is one of the greatest movie musicals ever done—a great work by [director and choreographer] Bob Fosse. It’s one of the definitive movies of that decade. For me, Cabaret, is about the overall ambience by Fosse—the decadence and the kind of underlying terror [of Nazi Germany], like when the young boy with the beautiful face is singing and the camera pulls back to show that he’s wearing a Nazi uniform. It is chilling. And Joel Grey is very frightening in it. The decadence is shown without ever being crude.

Scott Holleran: Was Liza pleased with the interview?

Robert Osborne: I think so. She hasn’t seen it. I haven’t seen it. I wanted people to see this person who is so bright and intelligent and down to earth, funny, thoughtful and fun to be around. We’re always fed these [outrageous] stories about Liza. It’s fun to have that other person around, but I adore her because of what’s at the base.

Scott Holleran: Who is next for Private Screenings?

Robert Osborne: Olivia de Havilland, who lives in Paris. We just have to figure out the time, place and availability—ours and hers—and we’d love to have stars like Eva Marie Saint and Michael Caine. We always have an invitation out to Doris Day. We only do one or two at most per year. We want to use our budget on people with incredible careers.