Focusing on Two Views of Ayn Rand’s Sense of Life

The Russian-born writer Ayn Rand (1905-1982) lives, at least through her ideas. Rand’s books, including The Fountainhead and Atlas Shrugged, continue to sell more than 350,000 copies a year. A Library of Congress readers’ poll in 1991 ranked Atlas second to the Bible in importance for Americans’ lives, and the U.S. Postal Service recently announced that she’ll grace a new first-class stamp, featuring an elegant young Rand against the backdrop of one of her favorite literary symbols: the skyscraper.

Two recent books include new material by Rand. Russian Writings on Hollywood (Ayn Rand Institute Press, 224 pages; $19.95), edited by Michael Berliner, who also edited Letters of Ayn Rand, evokes the 1997 Oscar-nominated documentary by Michael Paxton, Ayn Rand: A Sense of Life. Russian Writings reveals Rand’s sense of life in its early stages of development, when she endured a Russian youth interrupted by Communism and sought escape from Soviet tyranny through the movies. 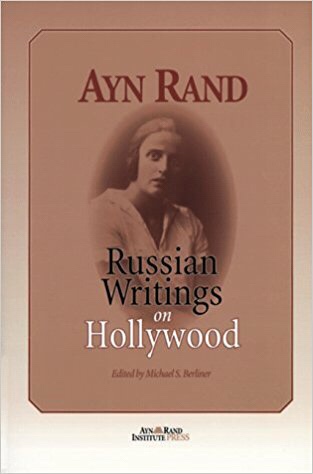 The mostly historical volume, as Berliner writes, is “clearly the work of a teen-age Alisa Rosenbaum, who had not yet become Ayn Rand” and includes reproductions of her Russian language essays, translated by Dina Garmong.

In her movie diary, Rand ranks her favorites, including films by directors Ernst Lubitsch and Fritz Lang and the early movies of Gary Cooper, and an admiring essay about Polish actress Pola Negri. Through a collection of essays on Hollywood, Rand gives her impressions of the “Our Gang” films, Rin Tin Tin and those who work behind the camera and offers a flash of her spirited embrace of American culture.

At one point, she gushes: “American cinematography grows, and with it grow the earnings of its producers, employees and the costs of its pictures. Six million dollars in 1925! Americans ask themselves in horror: `What will happen in 1950?’ The movies are the youngest of all arts. America is the youngest country on earth. Hollywood is her newest center.”

Later when she arrived in Hollywood as an immigrant, she was hired by the legendary filmmaker Cecil B. DeMille on the day she met him. She wrote screenplays and eventually worked with Cooper, (who portrayed her Fountainhead character Howard Roark in the film version).

Russian Writings is a confirmation of the power of Rand’s convictions. Particularly relevant to fans, historians, and film buffs, the book captures Rand’s self-made soul.

Why Businessman Need Philosophy (ARI Press, 203 pages; $19.95), edited by Richard Ralston, applies Rand’s philosophy, Objectivism, in a practical way. Though the collection includes only two essays by Rand—contrary to the author credit (and one, “An Answer for Businessmen,” is very short)—only a book based on Rand’s ideas could promote profit on principle, include an essay titled “Why Businessmen Should Be Honest” and advocate the morality of self-interest. 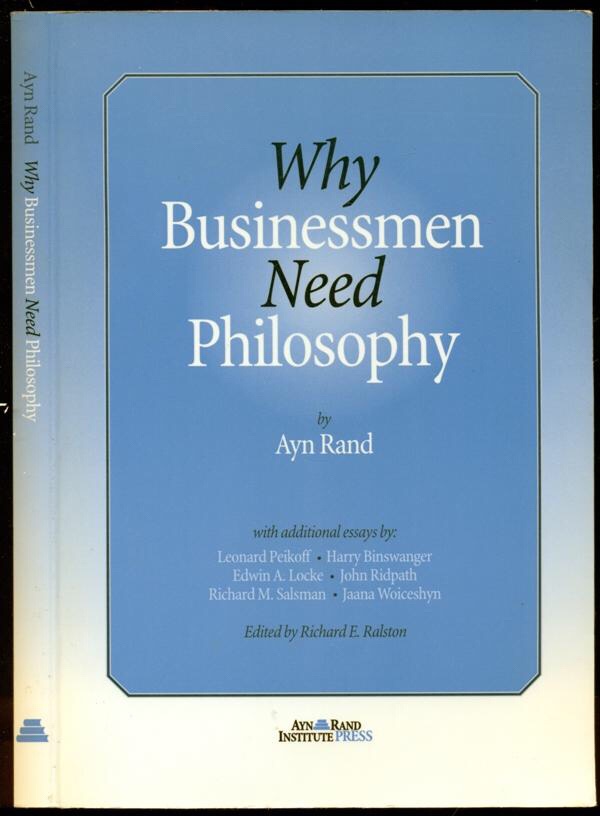 This book is a tool for applying Rand’s ideas to the business of making money, especially for those whom Rand called “America’s most persecuted minority,” today’s businessmen and women. From Rand’s Cosmopolitan essay about “The Money Making Personality” to her student, heir and talk-radio host Leonard Peikoff’s title essay, Why Businessmen Need Philosophy offers a thought-provoking defense of capitalism and what Rand called its moral premise, “the virtue of selfishness.”

Other essays include economist Richard Salsman’s defense of junk bonds and insider trading. Here in one collection are radical, cogent arguments for immigration, against protectionism and against socialized medicine. The result is unique: a combined defense manual for entrepreneurs—Bill Gates ought to read the two essays opposed to antitrust laws—and a passionate plea for businessmen to think and act on principle. Why Business Need Philosophy states the case clearly and uncompromisingly for capitalism.

Plume is releasing two books of previously published Ayn Rand material, with new, additional essays. Return of the Primitive ($14.95) is Rand’s attack on the New Left, the movement of the late 1960s. Rand’s arguments against environmentalism, progressive education and the Woodstock culture remain compelling, and many of her warnings prove true more than 20 years after she wrote these essays. Editor Peter Schwartz’s new essays on multiculturalism and feminism apply Rand’s views to modern developments. Return is a challenging voice against many of the dominant political and cultural trends from a philosopher whose ideas are neither conservative nor liberal.

The Ayn Rand Reader, edited by Gary Hull and Leonard Peikoff ($16.95), contains excerpts from all of Rand’s novels, including Anthem and We the Living, and segments from her nonfiction works, letters and essays.

This article was originally published in the Los Angeles Daily News on April 25, 1999.