The quiet village of Kenilworth [Illinois] — the square-mile town pocketed between Wilmette and Winnetka — recorded its first murder 47 years ago.   It happened to the twin daughter of a wealthy businessman, who would be propelled into the U.S. Senate later that same year, in part due to sympathy votes after the murder.

Nearly half a century later, the crime remains unsolved.

The man and the mystery are the subjects of a new book by author Glenn Wall, who lives in Northbrook. Sympathy Vote recently went on sale as an e-book on Amazon. It’s the first book about the murder of Charles Percy’s daughter, Valerie, who was 21 at the time. Freelance writer Wall, who grew up in Wilmette, attended Central Elementary, Howard Junior High and New Trier East, had lived next door to a volunteer for Percy’s Senate campaign. Wall, whose articles about the murder have appeared in the Pioneer Press and Chicago Tribune, had never heard such fantastic stories.Valerie Percy’s murder at 5 a.m. on Sunday, Sept. 18, 1966 at the three-acre lakeshore estate haunted Wall for more than 30 years. He’d heard about the murder during childhood drives past the house at 40 Devonshire Lane, and he’d grown up with Percy — who stunned Democratic incumbent Paul Douglas in the fall of 1966, capturing 56 percent of the vote — as an Illinois senator. The political moderate — a Christian Scientist, New Trier East graduate and former president of Bell + Howell — fascinated Wall.

“All his friends believed in him,” Wall said in an interview. “My next-door neighbor was one of them.” Over the years, he’d talk to people who knew the Percy family, collecting facts and data and writing articles. 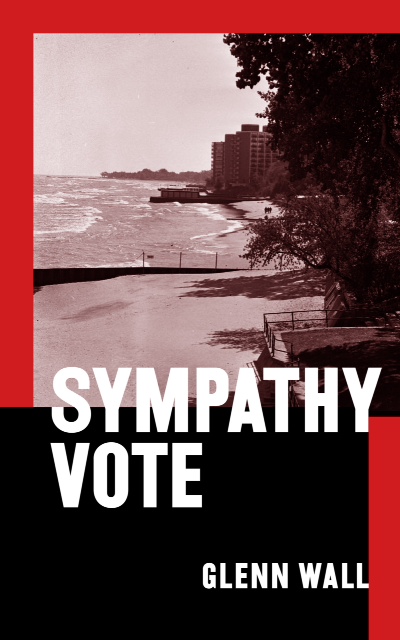 A few years ago, he decided to write a book. Wall started with the people who knew the most about what happened that night. He interviewed cops, friends, family, campaign staffers and Kenilworth residents. He reached out to Valerie’s twin sister, Sharon Percy Rockefeller (married to Sen. Jay Rockefeller) and brother Roger, whom Wall met and interviewed about the homicide. He had previously been in touch with Mrs. Charles Percy. “Loraine Percy had already disclosed that at some point she herself personally had an investigation done through a law firm and that a plausible theory had resulted from the investigation,” he said. “She didn’t elaborate.”

That got Wall thinking. He pursued leads, tips and police files and, though Sympathy Vote covers various possibilities and leaves the case unsolved, his research led to a circumstantial case against an unnamed suspect; a young North Shore resident who was, like Valerie Percy, the child of a North Shore businessman.

His name is William Thoresen III — the son of a steel executive — and Wall asserts that the North Shore native should have been a prime suspect.   (Thoresen himself was killed in 1970 by his wife, Louise Thoresen, who admitted shooting him. But she was acquitted of murder when the jury said it was done in self-defense, according to newspaper reports. His brother, Richard Thoresen, was killed or committed suicide in Lake Forest in 1965 in another case that remains unsolved.)

Says Wall of the Percy murder, “It was a home invasion while people were home. The murderer came into Percy’s house like a bull in a china shop.”   In fact, Wall says, the break-in woke Mrs. Percy — she’d heard glass breaking — and then the murderer went upstairs, entered Valerie’s bedroom and bludgeoned her, stopping only when her stepmother entered after hearing someone moan. Then, the killer fled.  As Wall put it: “Whomever did this came away with nothing.”

He continued. “If you look at William Thoresen at this time, he was reckless—his wife called him ‘suicidially nihilistic’— and he was raised a block away from the Percys. He was in the neighborhood doing bad stuff that year.”

At first, Wall says he didn’t think Thoresen was responsible for Valerie Percy’s brutal murder. He says answering a single question became crucial to solving the crime: who was most likely to be walking around that part of Kenilworth in the wee hours of that September morning? “Valerie Percy was butchered with a bayonet,” Wall explained. “A bayonet is basically a gigantic knife. Thoresen was arrested six months later with military weapons — including bayonets.”

He acknowledges that other theories, including conspiracy theories and one notion posted online connecting the Unabomber to the Percy case, abound. Wall believes that an inventory of facts makes a compelling case that Thoresen did it.

In Sympathy Vote, Wall captures the horrifying moment when the murderer was seen by the crime’s sole eyewitness, Valerie’s stepmother, Loraine Percy, who told the inquest: “I got up and walked down the hall calling out Valerie’s name. I called out Valerie! Valerie! I saw a light coming from under the door of her bedroom. I opened the door, and I saw a man leaning over her bed with a flashlight. I saw he had on a light or white shirt or jacket, and it was checkered, wide checks. The shirt or jacket did not go to his wrists, because I saw his forearms. His trousers and belt were a dark color. Then he turned and shone the light in my face and I noticed a dark outline, and the shape of his head and hairline. I was frozen for a moment, and he just stood there.”

One question has always been: why didn’t the Percy family’s dog bark when the intruder broke in? Wall said that when the second Kenilworth police officer, Vernon Roddy, arrived on the scene, he reported that he thought the morning’s wind was buffeting every noise, and Roddy speculated that’s why the dog didn’t bark. There was also a dog door from the house to a pen, so the pet may not have been in the house at the time the murderer entered.

When asked why solving Valerie Percy’s murder hasn’t attracted more interest, Wall said he thinks North Shore subculture may play a role.  “People don’t want to believe that someone just randomly came up from the beach and did this horrific crime and then just disappeared,” he said. “I remember growing up on the North Shore and the big thing was bicycle theft – all of our family’s bikes were swiped – and it’s like there was this belief that when anything bad happens, it’s some guy that came up on the El and did it — it’s never our kids on the North Shore. There is denial in play.”

Wall, who says he asked police about DNA testing and other investigation data, didn’t expect to write about the murder when he started the project.   “I didn’t think I had anything to add,” he said. “It started as a campaign book. I was fortunate to have excellent sources, including people who were Thoresen’s neighbors and classmates. Of course, I didn’t get access to all the police records, and I definitely believe that police are sitting on information.”

So Glenn Wall hopes that Sympathy Vote is a catalyst for solving the horrible crime that occurred 47 years ago in a house in Kenilworth (which was razed in 2010).

“From what I’ve heard, readers who are into cold cases are buying the book,” he said. “I have heard from one reader who was also a source. He had lived on Ridge Road in an unincorporated area of Winnetka and his house had been broken into the night before the Percy murder. He said that his sister read it. He told me that she thought it raised a lot of good questions.”

A slightly different version of this article was published on the front page or cover of several JWC Media newspapers and publications in suburban Chicago in October 2013.