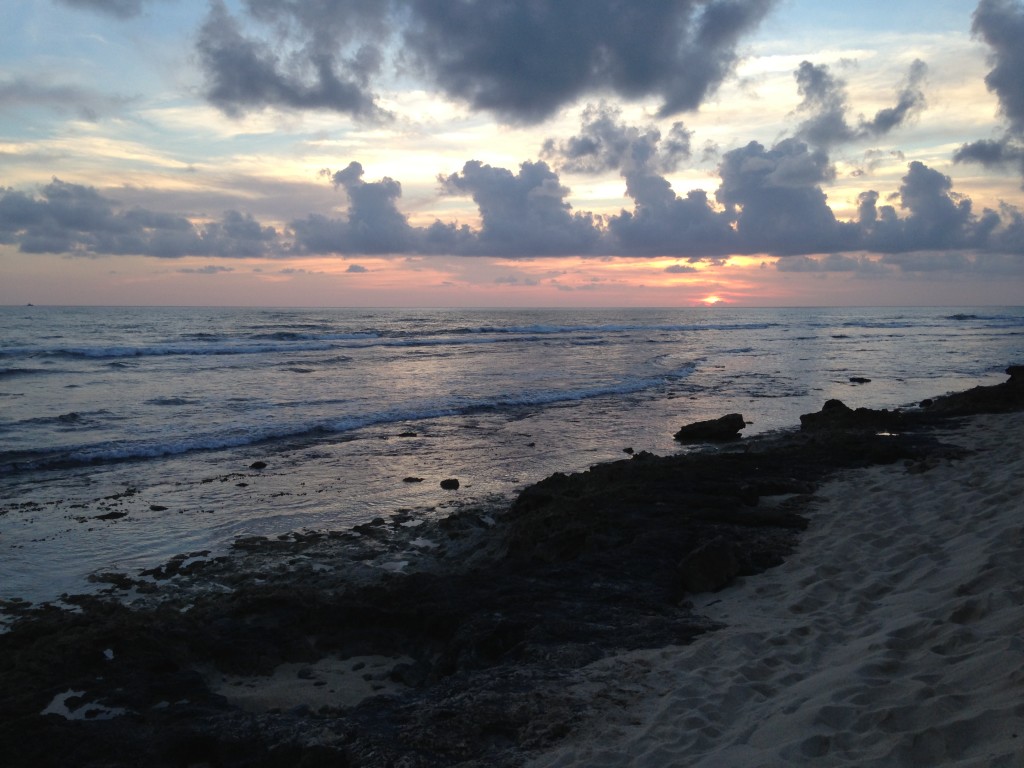 A holiday visit to Waikiki Beach was my first since the 1970s. Despite what’s changed, it’s still kitschy and enchanting. Though known as one of the most overdeveloped tourist traps on the Hawaiian Islands, the famous beach in Hawaii’s capital city, Honolulu, is surprisingly the same.

High-rise hotels dominate Waikiki, from the Sheraton where I stayed as a kid to the Marriott where I was booked this time, affording stunning views of the city’s skyline, oceanfront and lush green landscape. Honolulu is located on Oahu and growth and development are strictly regulated by government. Laws have changed since the 70s, of course, granting special rights and favors based on native islander blood. It shows in many ways. But warm, fragrant breezes still caress open air hotel lobbies, balconies and poolsides. 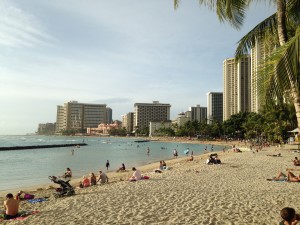 The upside of Waikiki includes long, lazy walks along the beach, sitting on the pier at night while stargazing, when the sense of being on an island in the Pacific Ocean is strongest, shopping along boulevards, sunbathing and swimming at the pool and touring local favorite and world-famous destinations. A trip to the USS Arizona war memorial at Pearl Harbor is a momentous occasion, though it can be crowded, so plan ahead and allow at least a couple of hours including travel time to the harbor. During my visit, strolling through local neighborhoods on the way to Diamond Head, a trip to Leonard’s donut shop, opened by Portuguese immigrants in 1952 and popular with city dwellers, and heading to a quieter, more remote Oahu beach for a luau at sunset stand out as the best parts of the trip.

The downside of Waikiki is well chronicled elsewhere and everywhere: it is congested, loaded with beach bum types drawn to loot or mooch tourists and people in the city can have a lazy and jaded attitude. Many tourists are experienced visitors. Refreshingly, many places offer unique experiences through simple immersion. The sound of waves coming over the sands where there’s plenty of room to play. 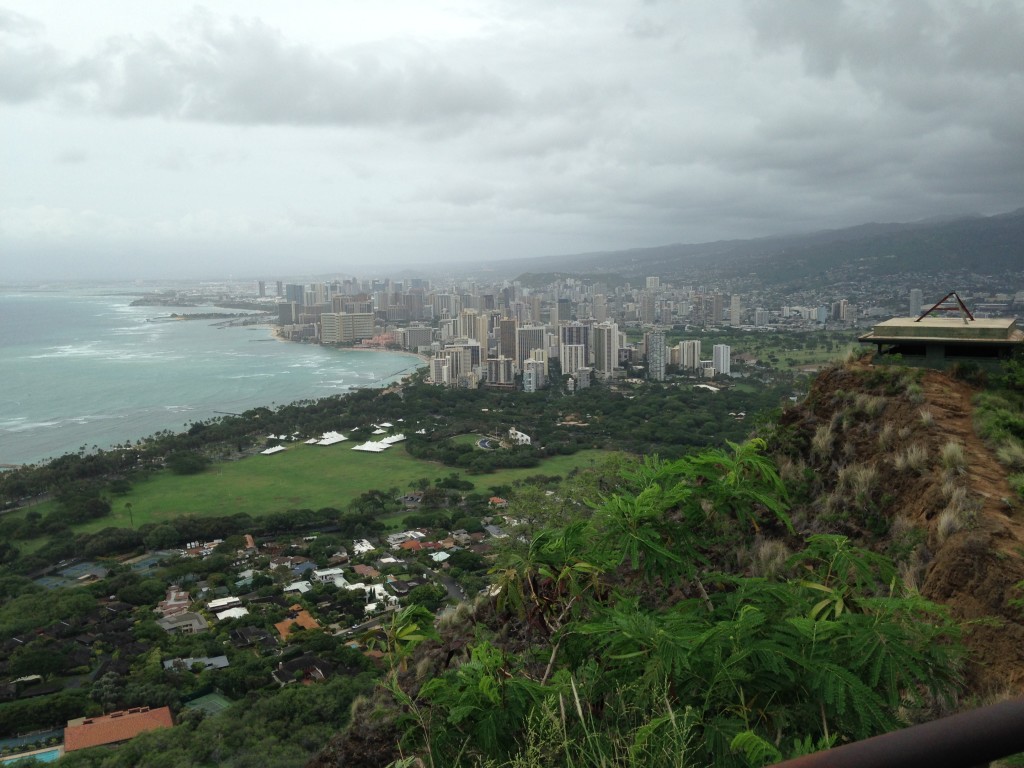 Curious cultural differences among the city’s Japanese, Chinese, Polynesian, European, Australian and American inhabitants. An outburst of rain during a holiday parade. An elaborate Christmas diorama in the lobby of a Sheraton hotel. Hula skirts, fire-eating rituals, people-watching – and menu items not available on the mainland – at a Starbucks filled with snowbirds from Indiana and tourists from Tokyo, abundant trees, plants, parks, fountains, trails, the Honolulu Zoo and the aroma of flowers everywhere on the island. The eerie contrast of Honolulu’s naturally beautiful bounty, teeming with rich food, nightlife and a tropical atmosphere with the realization that this is the site of the worst attack on America in history before 9/11 and some of the most violent natural disasters on earth, from Hurricane Iniki to volcanic eruptions.

Diamond Head, Honolulu’s own volcanic crater on the tip of Oahu, offers an invigorating hike. Steep stairs climb toward the iconic peak as the climax of a winding trail traveled by determined tourists. Some make it to the top, where there are war bunkers, lookouts and narrow passageways. Some do not. One day during my trip, I walked along Waikiki Beach through residential neighborhoods, past schools and around Diamond Head’s perimeter to the top, where winds whip and waves roar. 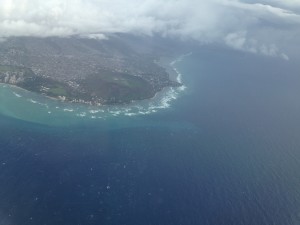 Down below is Honolulu, pretty much as I remember it from the days I watched Hawaii Five-O (1968-1980) with Jack Lord on color television. Hawaiians still welcome visitors with a lei at Honolulu Airport when they step off the plane. The city still milks money from tourists for a little artificial exoticism. Kitsch, the sound of a ukulele and the sight of flowered print shirts are everywhere. But Waikiki remains excitingly majestic, magical and, as a getaway in the middle of earth’s largest ocean, worlds away.