The Hush of Charlottesville

This summer’s violent clashes, climaxing with a neo-Nazi’s recent murder of a protestor in Charlottesville, Virginia, highlight the false left-right division destroying the nation’s political discourse. A desperately needed debate over the government’s proper role has been replaced by mindless assaults, grunts and rants between warring tribes — an anonymous band of anarchists, Marxists, transgendered, Moslems, feminists and multiculturalists versus a band of Nationalist Socialists, traditionalists, Christians, racists and nativists — bringing what Leonard Peikoff subtitled his great study The Ominous Parallels, “the end of freedom in America”, closer. If you really want to know why both left and right are destroying America, read The Ominous Parallels. If you prefer the great novel, read Atlas Shrugged by Ayn Rand.

First, much of the horror over what happened in Charlottesville strikes me as insincere. If you value life, you’re rightly horrified that the young woman in Charlottesville was murdered by a car driven by a Nazi. However, you were also horrified when an innocent American in Barcelona was mowed down by a vehicle driven by an Islamic terrorist days later, too. Why the glaring disparity in public expressions of horror? I think it’s because Islamic terrorist attacks murdering Americans are accepted by most Americans as common and normal. Why does a Nazi’s murder elicit outrage while a jihadist’s murder does not? Or, for conservatives, vice versa? That’s the vicious cycle; those on the left, who dominate today’s major businesses and media, deny and downplay wrongdoing on the left and among their favored tribes, such as Moslems. So do those on the right, who deny and downplay wrongdoing on the right and among their favored tribes, such as Christians. Both should consistently and persistently defend the right to life, liberty and the pursuit of happiness. Some on both sides do to the extent possible with mixed premises.

But, in general, those on the left and the right do not. I think this leads both to today’s deep, tense political disunity and also to the pervasive sense of sameness, the maddening status quo that Donald Trump claims to oppose (i.e., “drain the swamp”) which actually makes an anti-intellectual leader of his low caliber possible and which he, in fact, supports (see his continuation of Obama policies on ObamaCare, such as community rating and guaranteed issue, the Iran deal and, last week, more endless war with yet more troops in Afghanistan). This is my second point — that, as families and friends, conservatives and liberals, colleagues and teammates are divided over a range of issues, the state gains more power over the life of the individual. (Again, read Leonard Peikoff’s brilliant book, The Ominous Parallels, about pre-Nazi Germany to learn why). Voters for Trump and Obama may fight in the streets, forums and media threads but on fundamental issues, such as health care as a right or Snowden as a traitor, Obama and Trump loyalists agree. As they do, the government spreads more of the same.

This goes to my third point. Here, I invoke this moment in American history as the hush of Charlottesville; a kind of national silence and suppression as the public essentially stops speaking the thoughts on their minds. This is extremely dangerous. As I argued when I endorsed Starbucks‘ idea for a national discourse on race, the fragmented nation needs more speech, not less. Banning Nazis from dating apps, as OKCupid recently did, banning “hate music” from music apps, as Spotify recently did, and supporting groups that persecute the individual for exercising free speech, as Apple recently did when endorsing the Southern Poverty Law Center, which persecutes secular feminist Ayaan Hirsi Ali and former Islamic jihadist Maajid Nawaz for denouncing Islam on principle, discourages exercise of free speech, though certainly as private companies they have the right to such actions.

Look at what happened to the Starbucks campaign, which was attacked by both the leftists and the conservatives. Anti-Starbucks leftists and anti-Starbucks conservatives came together to denounce a free speech exercise initiative. The result is widespread silence among reasonable people who think they can’t get a decent hearing and more inflammatory speech, including by the inflammatory president (again imitating his inflammatory predecessor), and, worse, initiation of the use of force on both sides. The left, especially Communists and anarchists, has a long history of trying to destroy the U.S. government, from assassinating presidents to riots whether attacking President Truman, the Standard Oil Building or Carnegie Steel with anarchists, Puerto Rican terrorists or the Unabomber. So, too, does the right, from assassinating President Lincoln to blowing up a federal building in Oklahoma City and abortion clinics with Confederates, Christian terrorists, and various misanthropes. The worst monsters in history, from Charles Manson and the Rev. Jim Jones to Adolf Hitler and Josef Stalin, spawn from the left. But both sides seek government control and are fundamentally wrong. 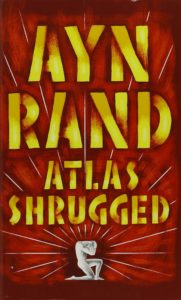 I do not digress. Leftist U.S. political strategy and tactics, I know firsthand and this originates with the New Left, is systemized to initiate the use of lower levels of force, such as throwing rocks at police and others they oppose, in order to provoke greater acts of force in defense or counter-offense. As we’ve seen with the vile, racist thugs of the right, followed by the president’s outrageous equivocation, the right responds to the use of force with the use of force. So, the cycle disrupts civil law and not in some benign display of civil disobedience. The use of force as a means of resolving disputes becomes more common. Judges are shot (the most recent by a rapist’s father in Ohio). A left-wing terrorist from Illinois attempts this summer to assassinate members of Congress. The assault on Dallas police, too, which murdered five police officers, is committed by a racist who’d cited Black Lives Matter and says he sought to kill white policemen.

Police, legislators and judges are crucial to the proper role and function of the United States government. At the same time, government officials such as President Trump and San Franciso’s mayor and police chief make reckless statements which exacerbate tensions, leading to more destruction of private property and bloodshed, as happened before with Obama and the first Bush. In this sense, the false left-right dichotomy is especially damaging and dangerous. Contrary to the left’s hyperbole in the aftermath of the murder at Charlottesville, however, the gravest danger lies not in the racism expressed in exercises of free speech and free association, which is relatively rare and was widely denounced. Leaving aside the deficiency of Charlottesville’s government in protecting the public and preventing the murder, the greatest danger lies in the silence that follows our deepening divisions. It precedes worse outbursts to come.

An orthodox Jew opposed to the Trump administration recently wrote about this self-imposed silence, this soft censorship, in Forward (read the essay here). Those on the right, too, undoubtedly know in a hardened, pompous and cynical culture dominated by New Left orthodoxy why one might feel compelled to go silent. But, to paraphrase the gay community’s anti-AIDS slogan, silence in this tense, national post-Charlottesville hush ultimately equals death. Conservatives and leftists alike, and, of course, those of us Objectivists and like-minded Americans for rights, reason and capitalism who are the true liberals, must speak up and strive under the most difficult circumstances to engage in rational discourse as often as possible. Going silent now, as the left and right resort to murder, masked destruction and radical plans for their respective forms of religious totalitarianism is the worse thing one can do. (For a preview of what horror may result from your silence, read religious conservatives’ anti-gay, anti-contraceptive Nashville Statement, a kind of pre-theocratic companion piece to the New Left’s Port Huron Statement — which condemns, for instance, “sexually immoral behavior” and affirms, for instance, “obedience to Christ”).

The more you exercise your absolute right to free speech — which is not a right to initiate the use of force, block traffic and violate the law — today, the less likely there’s murder, mayhem and dictatorship tomorrow. Americans must break the hush of Charlottesville and start speaking up and speaking out, especially with those with whom one disagrees. In a few weeks, as the University of California at Berkeley is scheduled to host conservative speakers on campus, the silence will be tested. If America still stands for liberty, the hush will be breached in peace with voices exercising free speech. In the meantime, to make sense of the world, as always, I urge every adult to read The Ominous Parallels and Atlas Shrugged.