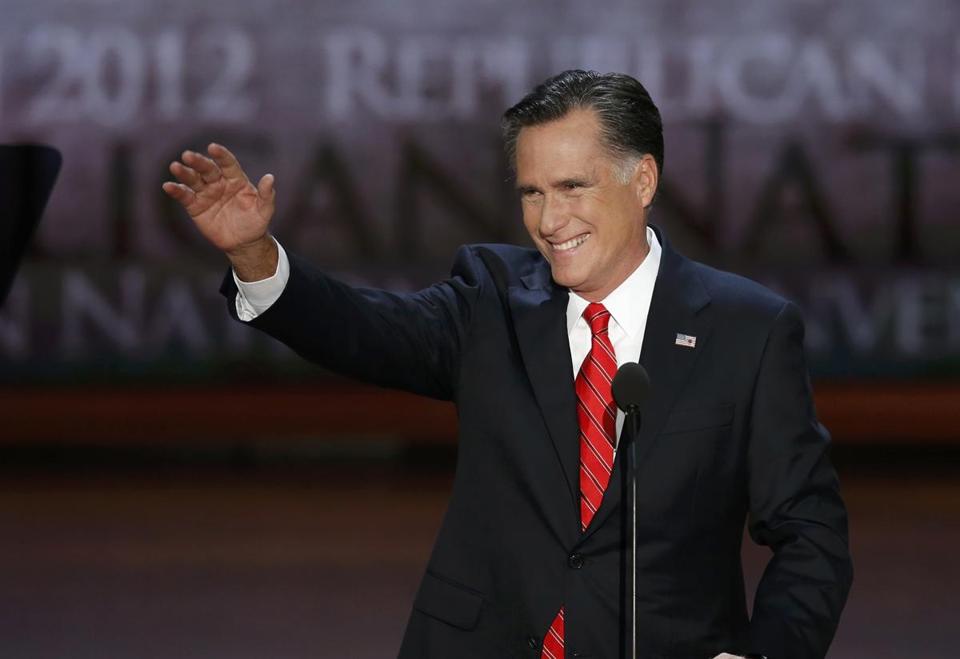 Former Massachusetts Governor Mitt Romney’s acceptance speech last night at the Republican National Convention was an apt preview of his prospective presidency, which at this point – and I say this barring any major developments such as an Obama smear or Romney meltdown or external event – looks like a solid possibility if American voters have any decency left.

The son of one of the party’s major proponents of pragmatism, the late Michigan Governor George Romney, who was also a Mormon, made a real show of his religion and the speech was intellectually empty – preceded by an anti-intellectual rant/performance art exhibition by Clint Eastwood – churchy, folksy and simpering. Romney, who wore too much make-up and blinked too often, came off as petty and negative and utterly devoid of ideas, despite a couple of good lines. As usual, Mitt Romney tried too hard, throwing in lines about Cuba, Israel and repealing ObamaCare, which the father of RomneyCare contradicated by pledging replacement, to score political points, not to make an argument on principle, was was left to his running mate Paul Ryan, also a Big Government pragmatist, though one who at least claims with some credibility to govern by principles. The anti-intellectual evening was classic Romney, the consummate politician (as I’ve said all along) and his vacant, pseudo-patriotic speech reminds us how low we should hold expectations for his presidency, which I think is likely to face catastrophic foreign and domestic crises.

But Romney, a businessman like his father, is not Barack Obama, a fundamentally dishonest president whose Democratic National Convention convenes next week, and at least some of Romney’s decisions, such as his naming Ryan to the ticket and his economic proposal, are an improvement over a nihilistic president who has contempt for capitalism. Keep the barf bag handy for the Democrats, who are sure to lie, smear and sneak their way through the campaign, and the parade of scoundrels who have made life miserable these last four years – have they ever – but when you start to feel good about beating Obama this November, watch Romney’s acceptance speech to sober up and get a fix on what lousy shape we’re in.