Ted Cruz and Praying for Time 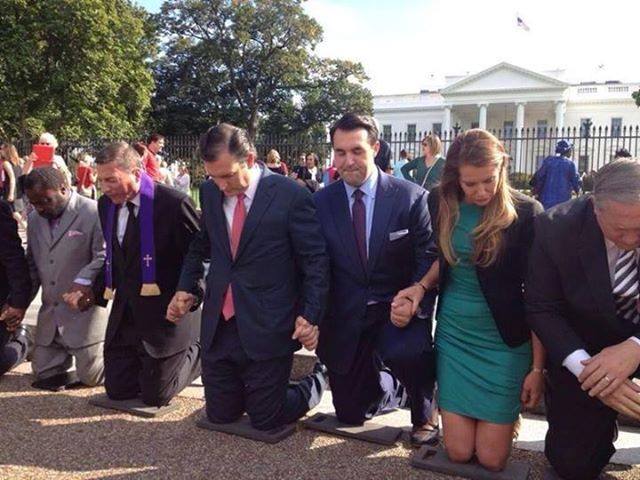 If Texas Sen. Ted Cruz represents a revival of the deceased Republican Party, as some Objectivists and Tea Party types argue, we’re in deeper trouble than I thought. I’m not a supporter of these Christian libertarian politicians, such as Cruz, Rand Paul and others, who rightly claim that Big Government violates individual rights while wrongly claiming we should have Big Government control our personal lives. If we come out of the New Left pre-dictatorship we’re getting deeper into by the hour, they are a threat to liberty, too.

I realize that this is a big if and I get the rational case for Cruz, who was right to challenge ObamaCare on principle until he finally agreed not to challenge the debt deal, which is another legislative disaster, contrary to this week’s endorsement by Alan Greenspan (who has apparently misapplied all of Ayn Rand’s lessons). Reasonable people can disagree about which advanced stage of fascism we’re in or what to do about it. Cruz is correct to fight ObamaCare on principle and, as a potential presidential contender, he has set himself up as the nation’s foremost opponent of a dictate that more consistent voices of reason have been warning against for years.

However, Cruz is not an advocate for reason and those of us who support his position on ObamaCare should qualify the support – however urgent – in strong terms. He is an opponent of a woman’s right to abortion. He seeks a government dictate on marriage. He seeks laws that amount to establishment of a government religion. In other words, by all the evidence, he is an opponent of man’s rights and advocate of theocracy. As the greatest defenders of reason, rights and liberty, Ayn Rand and Leonard Peikoff, have argued in serious, philosophical writings and literature, Cruz’s viewpoint is incompatible with a nation based on rights. It’s true that we must strive to remain to some extent a nation based on rights in the first place. That’s obvious to anyone concerned with the rise of fascism in the TSA‘s travel dictates, ObamaCare’s medical dictates and the NSA’s domestic spying on Americans, to say nothing of Obama’s sinister appeasement of jihadist Islam and recent firing of America’s most senior military generals.

Ted Cruz, a statesman who openly and explicitly prays as a matter of government policy and seeks to enact religion in government (and therefore government in religion), did not succeed in his effort to persuade others in his party, his house of Congress and the House of Representatives. He failed. Part of being a successful leader is persuading others that one’s position is correct, so it is legitimate for people to question his legislative tactic – questioning Cruz is not an inherent sign of compromise on principle – and point out that he failed to weaken ObamaCare and may have instead obscured ObamaCare’s disastrous Web site launch. Ted Cruz may in fact be a politician who advances us toward liberty, though – as with others praised by those praising Cruz including Newt Gingrich – I doubt it. The Texas senator who kneels for guidance from God in matters of state is at his best buying time for a country which is slipping into a state of slavery. But if Cruz succeeds, we have every reason to believe that he’ll use the time – and any power – to turn America into a nation ruled by Big Government Religion.