What Moves Snowden, Thanks to George Will

I’ll never forget watching The Lives of Others (2006) for the first time six years ago.

I sat in a movie theater on Sunset Boulevard and was blown away. After the film finished and the theater lights came on, I sat still. I felt like I couldn’t move. I think I was stunned by its brilliance, shocked by its honesty and horrified at the realization that the film, set in communist East Germany, depicted what was becoming the brutal truth about the United States of America.

It’s only more so now. The movie’s power continues to astonish, and, like We the Living and V for Vendetta and other well-made dictatorship-themed motion pictures, it offers a preview of what’s to come in America. I was among the first to praise The Lives of Others in print, I’m proud to say, and among the only film journalists to identify it as a dramatization of the morality of altruism. I’ve urged every thinking person to see the film, which is available on DVD (read my review of both here).

According to newspaper columnist George Will, at least one thinking person apparently did.

Mr. Will, a conservative journalist with a freethinking streak who writes for the left-wing Washington Post, recently reported during a passionate outburst on a Fox News panel discussion that, according to one of his sources, seeing The Lives of Others was the catalyst to American whistleblower Edward Snowden‘s choosing to flee America for Hong Kong, defy the government and reveal secrets about U.S. high technology surveillance of its citizens. Anyone who has seen The Lives of Others will know what this means. Anyone who has not seen it should see it with this new, crucial and relevant information in mind.

George Will, a staunch opponent of the NSA’s domestic spying, was similarly passionate about the individual rights of a child refugee from communism named Elian Gonzalez. That Mr. Will is the source for linking the American hero Snowden and the German movie The Lives of Others in fact – and that he did so during a segment in which he took exception with those on the left and those on the right and railed against those who defend government spying on Americans – is a strong and stinging reminder to be vigilant about locating and listening to liberty’s true defenders. 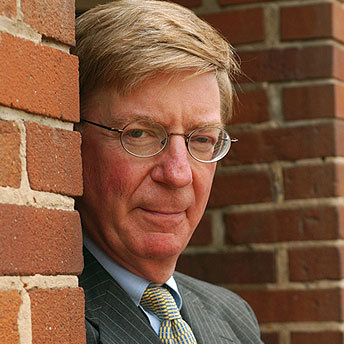 The best sources for important news about liberty, such as a banished government whistleblower being inspired by an accessible foreign film about a government whistleblower, may work in the mainstream media, appear on cable news channels you don’t watch, disagree with those on channels you do watch, be old and deal primarily in words, not in pictures, and have a better grasp of a particular philosophical point than you might think.

These are potentially dangerous times. So I think it’s crucial to be especially suspicious of those who treat philosophy as a religion in which one is required to have faith. One should be unyielding about having fidelity to facts, accessible only to facts and arguments based on reason. Even when facts come from those with whom you otherwise may not agree.

We now know, for example, that the single cause of what’s known about the massive government program to spy on Americans was moved to act by a movie that made him think twice – and we know it from an old columnist for a newspaper that’s often hostile to individual rights speaking as a substitute guest on a network that purports to oppose government control. The truth in an advancing dictatorship will get harder, not easier, to discern, sort and single out. This week’s game-changing news about an obscure movie that moved a man to become a hero, which was buried in the din of the day, is a lesson in being a better detective.