This year’s Democratic presidential campaign is essentially a three-man race. The leading candidates are Michael Bloomberg, Bernie Sanders and Pete Buttigieg. This is the result of this month’s debacle in Iowa.

Democrats used new rules imposed by socialist Sen. Sanders following his failed 2016 presidential campaign, which Sanders used at the 2016 Democratic National Convention to leverage power over this year’s Iowa caucus. The new rules required that the popular vote, which is meaningless in terms of earning delegates at the convention, be counted, tallied and reported. For whatever reason, the Iowa Democratic Party claims to have experienced technical difficulties that unexpectedly delayed the recording and reporting of votes. On election night, South Bend, Indiana, Mayor Pete Buttigieg declared victory. 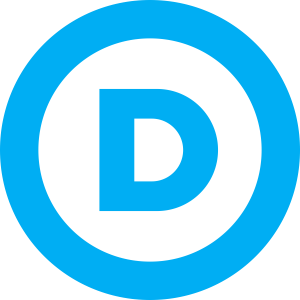 With 100 percent of precincts reporting, it’s clear that Buttigieg by all accounts narrowly won the most delegates to this summer’s Democratic National Convention. Socialist Sanders, who narrowly won the popular vote, came in second place. In fact, despite recently claiming victory, Sanders lost the caucus, according to the Iowa Democratic Party. The electoral advantage and momentum goes to Buttigieg.

This week’s primary election in New Hampshire, followed by elections in South Carolina, Nevada and California, are unlikely to change the dynamic as far as I can tell. I also know that almost anything can happen. But the only other viable candidate among Democrats is former New York City Mayor Michael Bloomberg, the overbearing media businessman who lusts for power.

Bloomberg is a billionaire who, like Buttigieg and Sanders, seeks to impose radical new government control over Americans’ lives. Though he’s not really contesting early elections, he’s gaining traction in a way that the campaign’s other pro-statism businessmen, such as Yang, Steyer and former candidate Howard Schultz, have not. Besides spending unprecedented amounts on advertising, including bankrolling hours of media appearances by his spokesmen, Bloomberg’s strategy is to ignore the early elections and flood the airwaves with ads. His entire value proposition to the voter is that he “gets it done”.

These three words, leaving aside his attempt to come off as folksy by adopting the name “Mike”, offer the unthinking emotionalist Democratic Party voter the promise of what he or she wants: beat Trump at any cost. Replacing one old, autocratic New York City power player with another aims to beat Trump at his own media savvy game. Ex-independent and ex-Republican Bloomberg, with his Big Government mayoral record and gun control pledge, aligns with today’s Democrats. And Bloomberg, who can afford to go the distance, can win merely by not being either a democratic socialist or gay and lacking experience, which are supposedly the main negatives against Sanders and Buttigieg.

Bernie Sanders could win for his socialism. Americans want socialism, at least many do. We’ve lived under partial socialism for a century. We’ve been indoctrinated with its moral premise, altruism, since the New Left took over education. Doctors want Medicare “for all”. Americans are entangled in ObamaCare and Social Security. Many profit from the welfare state and most subsist on it. That capitalism offers a better life and that Sanders will do to America’s partial capitalism what he’s done to the Iowa caucus — total destruction — is lost on many, perhaps most, Americans. Sanders can beat Trump. Sanders can win. Sanders, like the anti-American who made him possible, Barack Obama, can be elected president and destroy America.

I first wrote about Mayor Buttigieg last fall, when I forecast him as the candidate most equipped to defeat Donald Trump. Like Obama, to whom I compared the former South Bend, Indiana, mayor, he’s primarily built his campaign on an appealing only-in-America story predicated on a factor beyond his immediate control; Pete Buttigieg is gay. Like community organizer Obama, a U.S. senator in his first term when he was elected president in 2008, Buttigieg has mostly local, small scale political and/or government experience. And, like Obama, he speaks in platitudes.

Fundamentally, Buttigieg will be harder for Trump to defeat because it will be harder for Trump to differentiate his candidacy on policy grounds. Buttigieg does not campaign as a radical leftist. He comes off as reasonable. He’s not a gay activist. He’s intelligent. He’s better at extemporaneous oral communication than Trump, whose oral communication is both abrasive and cavalier. Where there are other key contrasts, such as tact and military service, Buttigieg has an advantage. And, with his youth, Harvard graduate Buttigieg is both younger and less emotional than any of his competitors, from Trump, Bloomberg and Sanders to Klobuchar, Yang and others.

But, pardon the cliche, make no mistake; Buttigieg seeks radical reform. He proposes radical change to the origins of the Supreme Court and the electoral college. He supports reparations for slavery. He supports ObamaCare and seeks to impose stricter, total government control of medicine and health care. Buttigieg, like Trump, is religious, which merits a review of his vague proposals with regard to mixing religion and state.

Buttigieg completes or advances the Democratic Party’s march toward religionism in government, from the party’s support for slavery and Prohibition to Jesuit-trained fundamentalist Catholic Jerry Brown, fundamentalist Baptist Jimmy Carter and Methodist Hillary Clinton, who once proposed banning divorce for couples with children. Buttigieg unequivocally represents the rise of religion in the Democrats’ American government. Buttigieg, like Yang, who never stops touting that his wife does not make money and “stays at home”, is likely to impose the New Left’s “woke” brand of egalitarianism, Puritanism and religionism in government.

Other candidates lack momentum. Yang, like Al Gore and Sarah Palin, uses his family, specifically, his wife, who went on a press tour to discuss her allegation of being molested by her doctor, in one of the more disgraceful campaign tactics, and still lost Iowa by a huge margin. Steyer’s proselytizing for his religion, environmentalism, is shrill. Desperate feminist Warren failed to win a single county in Iowa, as CNN’s John King pointed out. Klobuchar’s campaign as a compromiser who’s “electable” because she’s a woman that appeals to Trump voters could help her become running mate. Biden, whose best moment came when he addressed his stuttering, not a substantial point for advancement, stalled and is unlikely to recover.

But the 2020 Democrats’ nominee for president will most likely be a socialist or former mayor who wants the individual to be subordinated to the state. He will probably be a candidate that seeks to ruin the Constitution and violate individual rights more than the current president. And he will try to win by fraudulently branding himself by his folksy first name — “Bernie” the socialist, “Pete” the Christian, “Mike” the autocrat — as against Trump, in whom what you see is what you get.