With five major candidates remaining in the Republican and Democratic political parties, the 2016 presidential campaign is, like the nation, coming to a climax.

This Tuesday’s Wisconsin primary may prove to be a turning point for the GOP, whose frontrunner is a lifelong anti-Republican who is running as a Republican, because the challenger is expected to win by a wide margin. Later this month, the New York primary may similarly prove to be a Democratic Party pivot point because that party’s challenger, a socialist running as a Democrat, may defeat the frontrunner. By May, with over two more months to go before the summer party conventions, the 2016 race could be totally undecided. 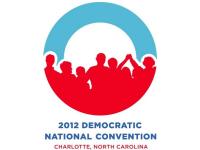 As in 2012’s election, the nation’s future hangs in the balance. The essential nature of America’s republican form of government—a constitutional republic based upon individual rights—is at stake in this election.

Especially this time, I think it is important to remember that, as loaded with volatility as the races are, and as divided as the nation is, anything can happen to change the whole campaign—economic catastrophe, acts of war, assassination, riots, smears, blackmail, indictment, illness, a third or fourth major candidacy, secret deal-making and maneuvering—and throw the American political process into a tailspin.

Already, for instance, former New Mexico Governor Gary Johnson, whom I interviewed when he ran for president as the Libertarian Party’s candidate in 2012 (read the interview here) embraced a recent poll that puts him at 11 percent in a contest against frontrunners Donald Trump and Hillary Clinton. Johnson would certainly be a better president than either Clinton or Trump, who both seek government control of people’s lives, though his election as a third party candidate is currently unlikely. 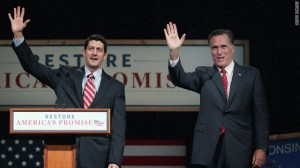 A more likely scenario is that Speaker of the House Paul Ryan, a status quo Republican who said he would never run to be speaker of the House, will try to become the GOP’s nominee for president. The Speaker, who was chosen as Mitt Romney’s running mate in 2012, clearly has higher aspirations and, contradicting himself on every other issue such as the budget, being speaker and his endorsement and subsequent disavowal of Ayn Rand, Congressman Ryan is the typical politician. Also in the typical/status quo camp is Ohio Governor John Kasich (pronounced KAY-SICK), an altruist for the welfare state who seeks religion in government. Kasich is running as a spoiler to frontrunner Trump’s main challenger, Texas Senator Ted Cruz, jockeying for deal-making position, probably all the way to the GOP’s Cleveland, Ohio convention, despite having only won his home state.

To his credit, 2012 Republican nominee Mitt Romney, the candidate against President Obama last time who failed to identify Obama’s death premise and fully differentiate himself as the candidate of life, liberty and the pursuit of happiness, has denounced Trump, whom he said he will not vote for. This is more than most conservatives, libertarians and Republicans have done. Indeed, it’s more than Cruz has done. Romney announced that he would vote for Cruz, though he stopped short of an explicit endorsement. Romney himself may want to become the party’s nominee, though it may be more magnanimous and patriotic if he makes a deal with Cruz to abandon Cruz’s worst positions, such as pledging to support Trump if he’s the nominee, building a wall, banning abortion and opposing marriage for gays, in exchange for Romney’s endorsement. 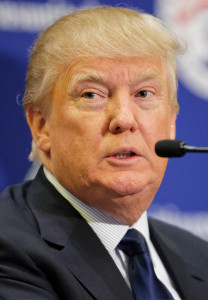 Trump is running to be America’s strongman whether as a Republican or as an independent candidate. He opposes free trade, free choice in medicine, immigration, free speech, property rights, capitalism and individual rights. He’s expressed admiration for states with socialized medicine. He talks about having journalists murdered and seeks to be “neutral” with Israel’s enemies. He agrees with Barack Obama in opposing Apple’s individual rights and he says he would build a wall around America. Kasich wants American government to be ruled by religion and so does Cruz, though he at least says he wants to unite the nation around two key secular proposals: unyielding national defense against the Islamic jihad and restoring America’s government to a Constitutional republic.

The challenger in both parties may yet emerge as the nominee. Self-described socialist Sen. Bernie Sanders recently swept caucuses in the West, where pockets of socialism fester, especially among indoctrinated youths, and he could win the nomination (as he explains here). An election between Sanders and Cruz could be a contest of conflicting principles. A race between Trump and Clinton will be an impossible choice between toxic policies that will destroy America and there is a degree to which all the remaining five candidates pledge to end America. But there is time and there are degrees. The American for individual rights must choose (and those who refuse to choose are choosing, be default, to check and blank out). Because, this year, anything bad can happen—including economic collapse, foreign attack and anarchism (i.e., by the Anonymous anarchists)—the good American must start by choosing to be aware, staying on alert for rational activism.

The year 2016 promises to be another sharp turn in American government. Whichever direction the United States takes—toward dictatorship or liberty—becomes known in November. The choice intensifies next week.