An Act of Egoism 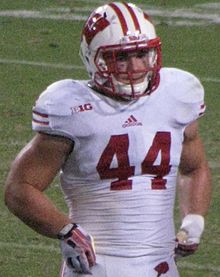 An explicit act of egoism is rare in today’s culture. By my observation, most people begrudgingly or, worse, apologetically, act in selfishness when they do, even among those who claim that selfishness can be virtuous. As rare as egoism is, it’s even rarer to be publicly practiced among well-known people, and I can’t think of many who practice egoism on principle who work in sports.

This is what makes athlete Chris Borland, who quit playing professional sports this spring after one season with the San Francisco 49ers based upon his judgment that the risk of brain injury exceeds the rewards of playing pro football, a rare American hero. Borland, a skilled 24-year-old linebacker, retired after consulting with his ex-teammates, friends, family and concussion researchers and evaluating the facts about the relationship between playing football and the neurodegenerative disease chronic traumatic encephelopathy (CTE).

The young man quit with an explicit rejection of altruism—he said: “I’m not willing to sacrifice…”—in favor of being selfish, stating:  “I know this is right for me.”

As Borland told CBS News’ Face the Nation when asked if he had any remorse for his position:

Absolutely not. To play one year, it’s not a cash grab as I’ve been accused of. I’m paying back three-fourths of my signing bonus. I’m only taking the money I’ve earned. This to me is just about health and nothing else. I’ve never played the game for money or attention. I love football. I’ve had a blast and I don’t regret the last 10 years of my life at all. I’d do it over the exact same way. From here on I’m looking forward.”

Borland, who signed a four-year contract with the 49ers which included a $617,436 bonus, acted heroically for putting himself first, for doing so with remarkable poise and eloquence, and for refusing to seek the unearned. That he also chose to do so by speaking up in public and addressing the press to explain his reasons, while rejecting self-sacrifice, makes him a candidate for man of the year.

Though there are other sports heroes and athletes who have embraced egoism, such as Mario Lemieux, Oscar de la Hoya and Michael Jordan, today’s sports often mirror the bankrupt culture with scandals, corruption and thug worship. Mr. Borland offers an elegant, intelligent and heroic counterexample. In a culture in which athletes are urged to put themselves—body and mind—last, not first, Chris Borland’s egoism is truly exceptional.