Music Review: ‘The Thrill of It All’ by Sam Smith

Sam Smith’s plain, new album is a pop gospel reflection, as soulful as (and more seasoned than) his haunting In the Lonely Hour. “Too Good at Goodbyes” is short and breezy. “Say it First” sets Smith’s gentle, lilting falsetto to the electronic melody and heartbeat rhythm for another good love song. “One Last Song” is an old-fashioned, Motown-style pleaser, “Midnight Train” is searching and “Burning” provides a piano-inflected introspection.

Songs go together in sequence. They draw the listener into The Thrill of It All. Then, comes “HIM”.

This tune is, simply put, a masterpiece, though it might take a few listens to shake off the hype if you’re like I am and need mental clarity to immerse yourself in a song. “HIM”, fittingly in all caps, builds and builds into a chorus as Smith’s vocals dovetail into hand-clapping dare to God. “HIM” ends as a solemn declaration of love as, yes, a hymn. It’s inspired, inspiring music which captures the glory of achieving certainty in rejecting religion. 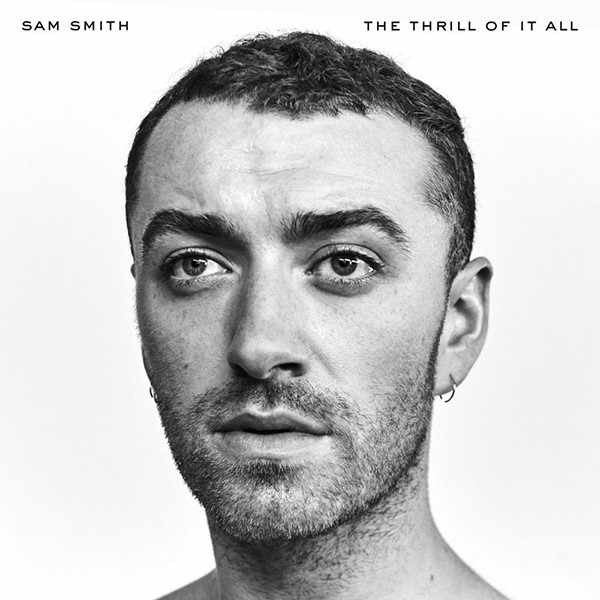 “Baby, You Make Me Crazy” is an uptempo toe-tapper and “No Peace” features a recording artist named Yebba on another memorable, piano-looping tune. “Palace” is the type of song you might listen to over and over as you sit by the fire in solitude at Christmastime after everyone’s been cleared out, contemplating promises to yourself for the new year. Lyrics for all these songs, generally at least co-written by Smith, are thoughtful and passionate but also considered and, as before, accessible. The Thrill of It All is in this sense a breakthrough album about the Herculean effort to pull yourself through life’s heartbreak, occasionally with bottles and cigarettes, but foremost with introspection, thought and kindness for one’s honest, gravest mistakes. Sam Smith sings again with sincerity and conviction, this time in reconciliation of whatever debt he might expect himself to pay.

As with the redemptive In the Lonely Hour, the tenth of the ten songs on the regular album, “Pray”, is an affirmation of one who wants to believe in the world.

An additional four songs on the special edition include “Nothing Left for You”, “Scars”, “One Day at a Time” and the album’s title, “The Thrill of It All”. This title track neatly wraps around these 14 songs with a sweeping, which is not to say melodramatic, self-assessment which at once takes stock of life as it is and anticipates working around whatever trouble lies ahead to reach out for the good. For example, “Scars” is a lovely, really touching and soulful tribute to one’s divorced parents. If it is laced with melancholy, and it is (isn’t breaking up?), it is also coated with guitar-laden dreaminess. Words and music suggest an acquired knowledge, confidence and acceptance of the searing pain that comes from the irreconcilability of romantic separation. “One Day at a Time” is an optimistic ode which echoes Smith’s brilliant first album, In the Lonely Hour.