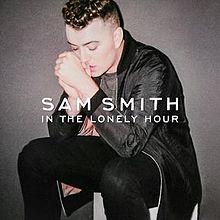 “My debut album is just a diary from a lonely 21-year-old. That’s what it is. It was my way of talking about the only real issue in my life.” So says Sam Smith, a British songwriter and singer whose breakthrough debut album, In the Lonely Hour, is among this summer’s best efforts. It’s a thoroughly personal expression. On every song, Smith sings falsetto in perfect tune about his jilted and unrequited love for another man, a fact which deepens my appreciation for this well-crafted album and never detracts from its universality.

Do not confuse Sam Smith with Adele or other artists, such as Alanis Morissette, whose early music about romantic rejection has rightly or wrongly became associated with raw, unchecked bursts of pain and anger. Smith does not sing or compose raging anthems here. He doesn’t pop off. His music and lyrics (included on the liner notes) are introspective, not hostile. “I’ve Told You Now” is aching. “I’m Not the Only One” slithers a lament in smooth, piano keys. “Like I Can” is a guitar and beat-driven burst of angry confidence, not a middle finger at the universe. “Make It to Me” is a soulful plea to the world, with Smith singing to a distant, unknown stranger. These 14 tunes are more hopeful than hateful.

Of course, they’re not for everyone. It’s polished pop, with clarity in vocals, music and production. Smith’s sincerity makes In the Lonely Hour hum. He sings the song. He does not molest it or perform vocal gymnastics all over the recording. In this sense, his heartfelt melodies evoke early Whitney Houston records such as “How Will I Know” and “The Greatest Love of All”, and songs by James Blunt, combining rhythm and blues and pop-rock. Smith’s first album delivers songs by a young man who appears at ease expressing himself as romantic, intelligent and thoughtful; he displays, as against suppresses, emotions.

His lyrics are light poetry. His music is simple, well done pop. “Stay with Me” (the duet version with Mary J. Blige is not on this CD) succeeds with its sense of conviction, timing and candor and also because Sam Smith grasps the power of both his song and his performance. His control of what he has created is part of the deal. He doesn’t wallow in pain. Every note, every quaver, every ending of each song strives to move on. This is what makes In the Lonely Hour exceptional. As he pines on “Leave Your Lover”, it’s what Smith wants that matters to Smith, not merely what he’s lost.

Other songs include a jazzy pop number, “Restart”, the reflective “Good Thing”, the bluesy “Not in That Way”, which captures a feeling I suspect every gay man may understand, 1970s-style “Lay Me Down”, and two outstanding upbeat tunes written with Ben Ash, “Money on My Mind” and “Love Support”, defiant “Latch” and club-friendly “La La La”. In the Lonely Hour is not an album to hate men to, let alone hate the world to. This is an album to listen to, really listen and relate to, all while enjoying good music without feeling like part of an agenda. (Click on the image to buy).