Stepping on stage with the knowing confidence she has exuded throughout her career, Pat Benatar took to the Greek Theatre with ease. She opened with her hit song, “All Fired Up”. This anthem is the ideal initiation to her summer performance of rock, ballads and blues. The tune captures the essence of Benatar’s best work. 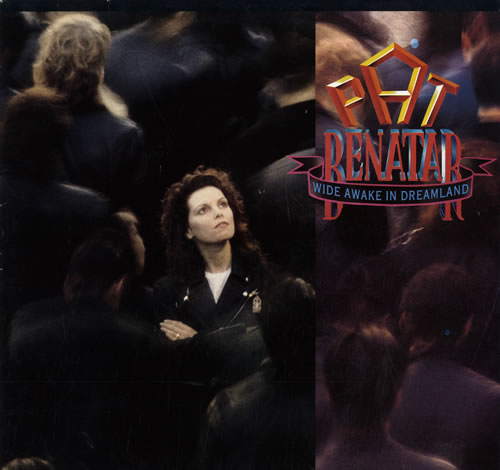 Husband Neil Giraldo’s guitar roared before his wife let loose her vocal power in expressing the buoyantly, defiantly crying optimism which distinguishes this singer and her operatic rock band. Whether in the strong but tender “We Belong”, dramatic “Love is a Battlefield” or The Legend of Billie Jean‘s affirmation “Invincible”, each performed with precision last night at the Greek in her hometown Los Angeles, Benatar’s siren-like bellowing has aged with not a trace of cynicism. Each note, guitar solo and drumbeat fell neatly into each song with minor flaws, bringing her hard but positive catalog to life in the hills of Griffith Park.

Telling tales with humor, profanity and a grasp of what makes a good story, Giraldo and Benatar delivered with stage presence and musicianship every time. This isn’t a greatest hits collection, so they indulged in a selective set list after a nostalgic setup video. With “Hell is for Children” as an emotionally stirring transition point, they gave the enthused audience “Heartbreaker”, “We Live for Love” and “Hit Me With Your Best Shot” as well as a powerful version of “Promises in the Dark”, “Painted Desert” and a tribute to the late Prince with an acoustic rendition of his “When Doves Cry”. The energy was sustained, though Benatar seemed ready to call it a night when she did, too. Both artists, who were co-billed as Pat Benatar & Neil Giraldo with Melissa Etheridge, have a naturally seasoned audience rapport.

That they acknowledge the warped, divisive times fits the tour’s love theme, with Benatar introducing the rollicking and underrated “Let’s Stay Together” off 1988’s brilliant and underrated Wide Awake in Dreamland with a statement dismissing political differences while pleading for unity. A hint of resignation and the sense that answers to deep, serious problems aren’t coming doesn’t mar the band’s underlying, almost prayerful idealism. It is tinged with the rage and anger at injustice that made Pat Benatar an early New Wave sensation in the late 1970s. No one can best this artist and duo for melodic rock that drives its theme that peace and love must be won, fought for and earned. The wink and the shrug with which Pat Benatar and her Neil Giraldo perform are optional.

These two ought to write and record more new music. Their rock concert is a rare and entertaining blend of the light and the serious.