Melissa Manchester at the Grammy Museum 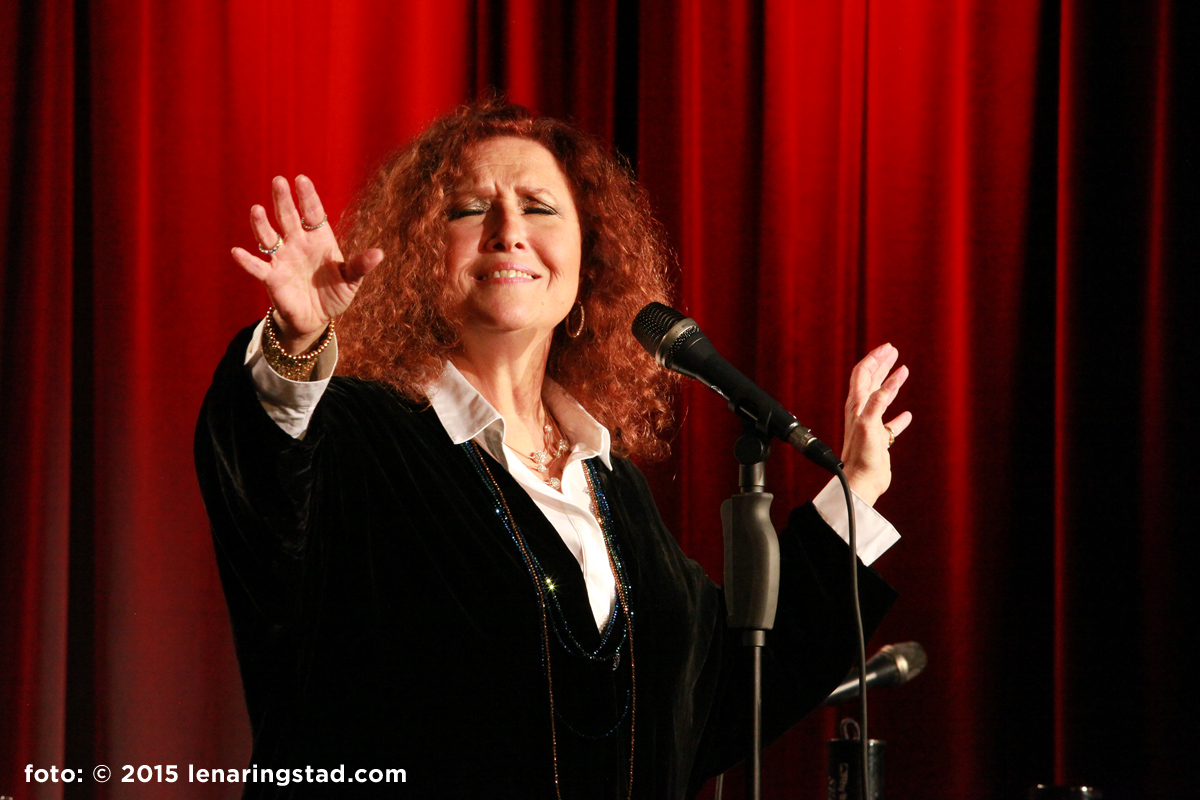 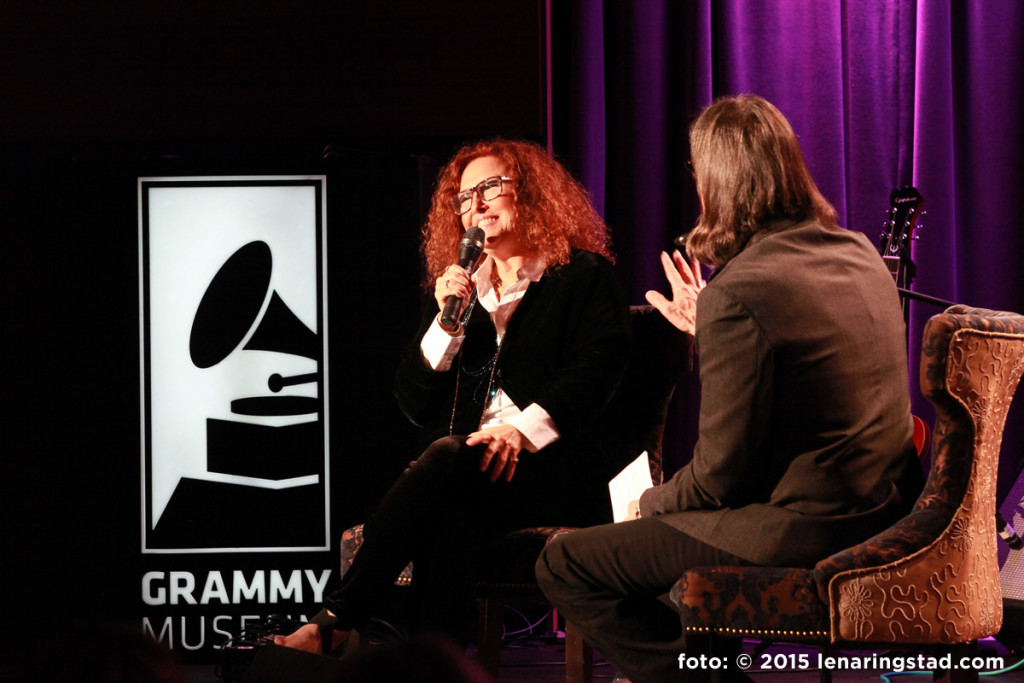 In her premiere appearance at the Grammy Museum for its program “The Drop”, which highlights newly recorded releases on the distribution date, Melissa Manchester talked about her campaign to make an independent record, over 40 years in music and her artistic philosophy. Then, she took the stage and performed several songs. This was an intense, insightful interview (read my own interview with the singer-songwriter here) with the Grammy Foundation’s Scott Goldman. The sold-out audience at LA Live’s Grammy Museum, filled with musicians, record industry veterans, museum donors and those her daughter Hannah dubbed “fanchesters”, were held by every moment. Afterwards, the Grammy winner signed copies of her new album, You Gotta Love the Life, which she kicked off on Jan. 31 with two sold out shows at Spaghettini and the Dave Koz Lounge.

The event ushers in a whirlwind phase for Manchester, who turns 64 tomorrow and performs her new single, the intoxicating “Feelin’ for You”, with its blistering guitar solo by Keb’ Mo’, on Monday’s episode of Home & Family on the Hallmark Channel. Then, she’s touring again in Florida and the Midwest before appearing on Tavis Smiley’s show on PBS to promote the album, which appeared this week on Amazon’s top ten for jazz albums. The Bronx native, whose new album includes songwriting collaborations with Paul Reiser (Whiplash), the late Hal David and a tune with one of the co-writers of her Grammy-winning hit “You Should Hear How She Talks About You”, returns to New York City for a three-night engagement at 54 Below. 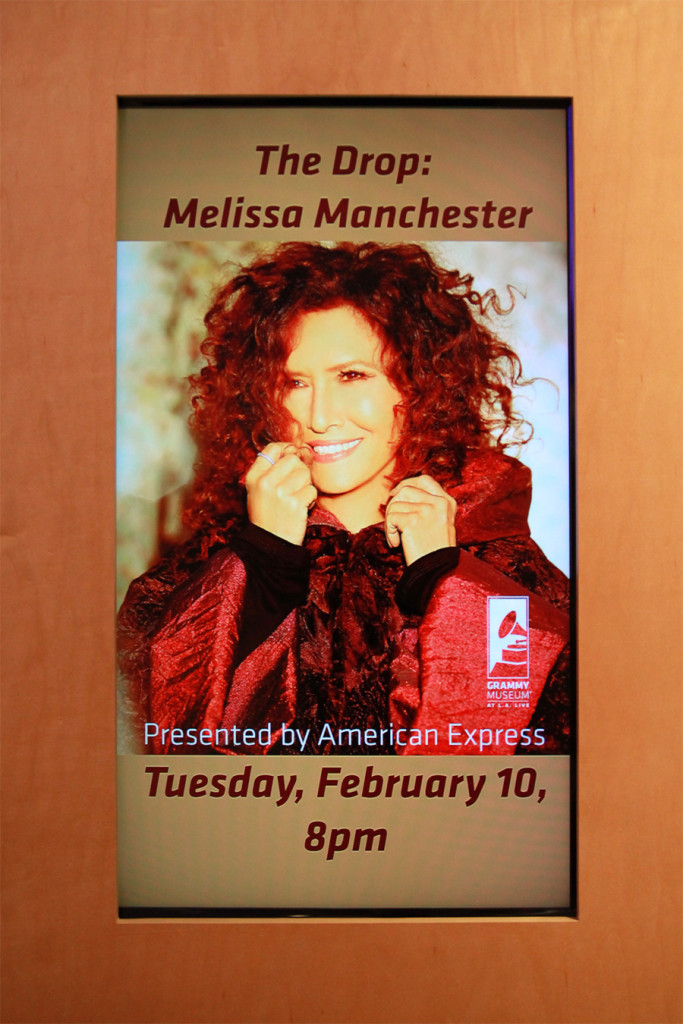 The campaign to support the release of her 20th album began in earnest, however, in the Clive Davis Theatre at the Grammy Museum, where she regaled the audience with tales of the album’s guest artist Stevie Wonder joining students for an impromptu version of  “Superstition” at Citrus College where she recorded You Gotta Love the Life. There were also tales of working with Hal David, who studied journalism, on how that affected his writing what turns out to be his last lyric and of her singing partner on that tune, Dionne Warwick, and seeing her idol perform for the first time at the Copacabana. There were other famous singer, musician and star stories, too, including a story about working with Ella Fitzgerald, whom Melissa Manchester says made her more fully conscious of musical performance.

What makes her thoughts and answers fascinating is how she integrates each lesson into an intelligent examination of her own work and unfolds her storyteller approach to writing and performing songs, which she says she began to learn after auditioning for a class in songwriting with Paul Simon at New York University when she was 17 when his “Bridge Over Troubled Water”—one of pop’s bestselling singles—was at the top of the charts. Melissa Manchester was one of eight students chosen for Simon’s class, which launched a career of what she calls “deconstructing a song” in order to create each song as an expression. From Simon, whom she says forecast the change from melody-based to rhythm-based songwriting, she said she learned that while the stories may have all been told, the magic lies in the telling.

For example, she explained that she envisioned her rendition of “Walk on By” as a story of a homeless woman dropping off her two kids for the last time, an idea which spun into the audience and made everyone really think about the classic tune.

Thinking is crucial to Melissa Manchester’s approach, she said on Tuesday night. In fact, she told the audience that she teaches her music students at University of Southern California’s Thornton School of Music to “not be lazy about your thinking” and “to think as deeply as possible”. Observing that Barbra Streisand slowed down “Happy Days are Here Again”, she noted that it changed the way people perceived how popular music could be performed. She said that her own input for song selection while under contract at Arista Records, where she had some of her earliest success with mogul Clive Davis, such as the 1979 hit “Don’t Cry Out Loud”, was limited. Remembering her earlier days at Bell Records, she contrasted her relationship with Davis by noting that Bell’s president “did this really revolutionary thing…he left me alone.”

Almost as an exercise in self-redemption, You Gotta Love the Life bears the mark of her career theme of personal, first-handed empowerment and, ultimately, liberation. It’s as if the album is an answer to Clive Davis—and even Paul Simon—who told her to stop listening to her muse, Laura Nyro, whom Manchester described as being like a “shaft of light as a beautiful explosion” of music. 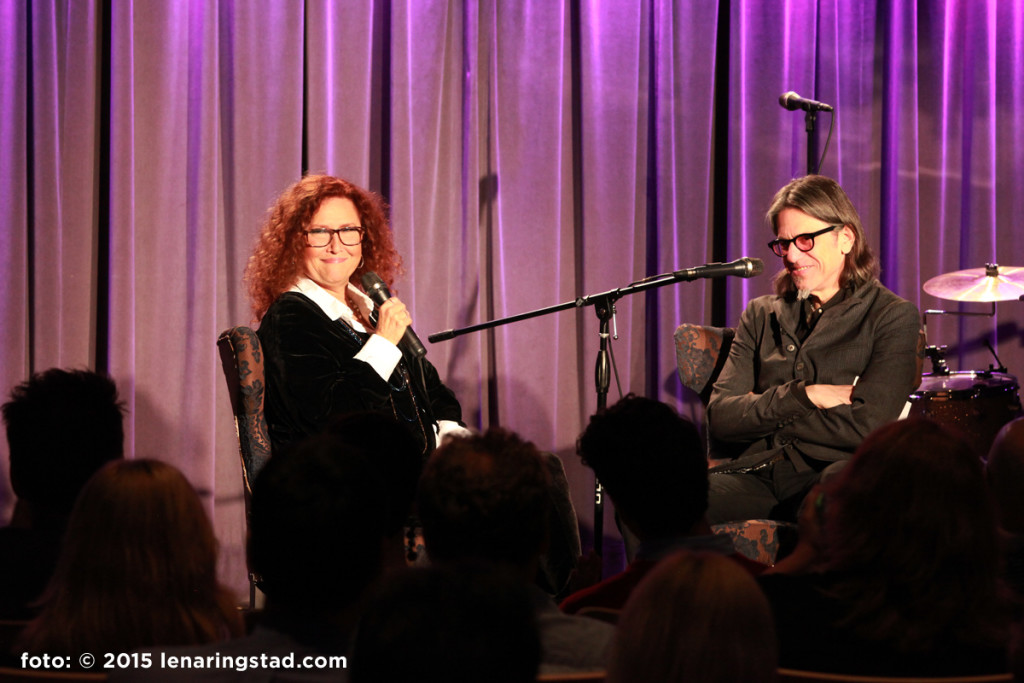 However, reminiscing wasn’t merely waxing nostalgic during Melissa Manchester’s album “drop” at the Grammy Museum. Each remembrance served the purpose of what one can learn from the creative process. She spoke of lessons from Sly and the Family Stone singing the anthemic line “thank you for letting me be myself,” singing with Barry Manilow, Patti Austin and Ashford and Simpson on backup vocals and wandering into the Children’s Television Workshop in Manhattan which was part of Sesame Street. She mentioned working as an uherette and as a parking attendant and talked about discovering from a country music artist the value of meeting an audience following a performance. And she recalled being a founding member of Bette Midler’s backup group the Harlettes and performing at gay bathhouses. She may have been ‘Toots in the middle’ but that didn’t stop her from seeing that Midler basked in the “radiance of her authenticity” while giving gays a sense of belonging before the Stonewall riot in Greenwich Village.

Asked about her earliest memories of music, Melissa Manchester, who said she went to opera rehearsals with her bassoonist father, answered that her first musical memory is of her father playing “Greensleeves” and her twirling around and around, as though in her own world, which she later identified as what she calls “the sonic thermal”. How the Oscar nominee—the only artist to be nominated twice in the Best Song category in the same year—came to think, really think, about writing and singing a song—she doesn’t like “to see the rhyme coming”—is what she delivered with enthusiasm on Tuesday night. 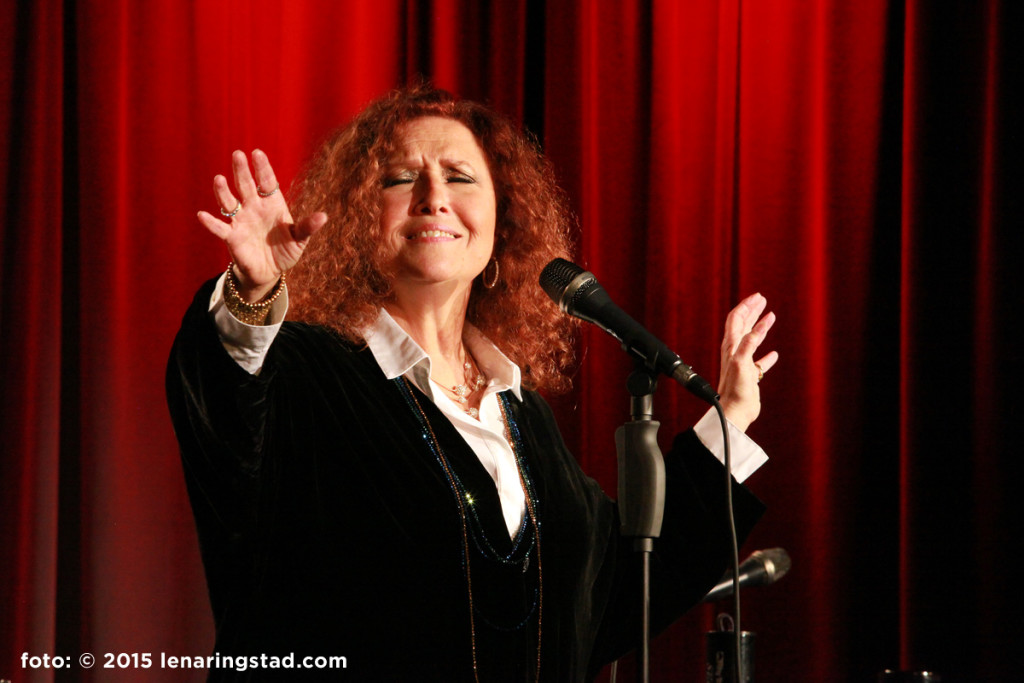 When asked, Melissa Manchester said that she wants her first independent album to reflect the joy of her life here and now. This came through during the conversation. As if to provide proof of concept without showing off, she then performed several songs, bringing the audience to their feet in unified applause, demonstrating not only that this pioneering artist loves the life; that part of the life which constitutes an audience—her peers, her fans, her fellow singers, musicians and artists—love her, too.