I was sorry to learn today that Olivia Newton-John is “reluctantly postponing her June U.S. and Canadian concert tour dates”, according to an authorized statement on her behalf, as the back pain the singer initially attributed to her sciatica “has turned out to be breast cancer that has metastasized to the sacrum.” Olivia pledged in the announcement to pursue natural wellness therapies, complete a short course of photon radiation therapy and is “confident she will be back [on tour] later in the year, better than ever…”

I decided on my direction of therapies after consultation with my doctors and natural therapists and the medical team at my Olivia Newton-John Cancer Wellness and Research Centre in Melbourne, Australia,” says Olivia Newton-John.

I have long admired her work as an actress, songwriter and singer—since the 1970s, when I first heard Olivia’s hit songs on AM radio during family road trips to Wisconsin and soon discovered Olivia’s albums in record stores. I had the pleasure to meet and interview Olivia at her home in Malibu and, years later, backstage at her shows at the Greek and in Las Vegas, where I attended a preview concert which was the basis for her Vegas show’s first review. 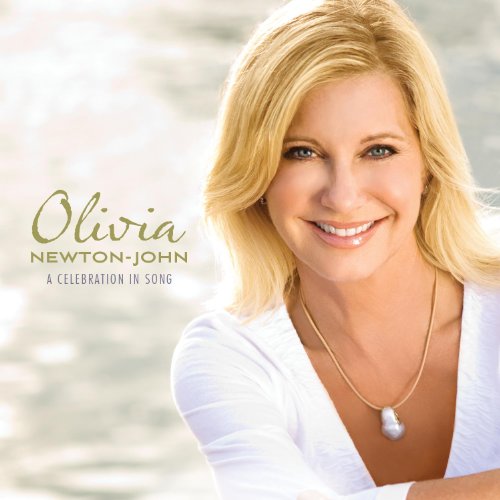 I know firsthand that Olivia, whose 2008 duets album, A Celebration in Song, provides some of the best music for those with cancer, is a thriver, as she once told me. This outstanding artist is a leading champion for finding a cure for cancer and she does so with grit, grace and strength. As I wrote of her collection of inspirational songs on this blog in 2009, Olivia makes music “for anyone battling cancer or any of life’s difficulties.” From the opening anthem, “Right Here with You” to the last track, Belinda Emmett’s (1974-2006) “Beautiful Thing,” it’s one of her best. “Courageous” is the perfect tune for summoning one’s innermost abilities to thrive in life. I’m wishing courageous Olivia a speedy recovery and the best of everything with love.

Rescheduled concert dates will be posted on her official Web site “in the coming weeks”, according to the statement.

Music Review: ‘This Christmas’ by John Travolta and Olivia Newton-John