My lack of enthusiasm for this Sunday’s Academy Awards reminds me that some of the best movies and artists never receive a nomination (let alone win). And mediocre movies do. I finally got around to seeing 2012’s Academy Award winner for Best Picture, Argo, and I’ve written a review (read it here). It’s an interesting and episodic movie about an escape from the Islamic dictatorship of Iran following the November 4, 1979 attack on America at the United States embassy in Teheran. 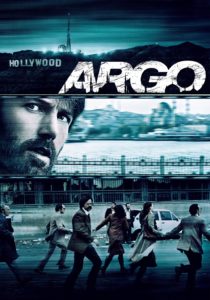 See the movie, read my review and judge for yourself whether you think it’s 2012’s best motion picture. I have nothing against Argo‘s director and leading man, Ben Affleck, and I give him credit for taking on worthwhile topics and attempting to make movies based on insightful themes, such as The Company Men, but, admittedly, he’s not my favorite actor or director. Affleck, like Matt Damon and George Clooney, projects an inscrutable, blank onscreen persona that I find borders on bland. He’s better in this movie, though I think his Argo is overrated.

It’s been five years since Argo won Best Picture. Since then, the Oscars have become increasingly, rapidly politicized and de-glamorized, which I think is unfortunate. I think egalitarian social media campaigns, such as #OscarsSoWhite and the Me, Too movement, hasten the Oscars’ decline into cultural obscurity. The Grammys and other awards suffer similar fates as entertainment industry dogma affects credibility, outreach and viewership through an application of written and unwritten standards that distort the meaning, purpose and enjoyment of rewarding various artistic pursuits. It is not a good sign that what I regard as last year’s most insightful movie, I, Tonya, a biting commentary about jumping to conclusions, is not nominated for Best Picture.

But, then, I do not think Marvel’s Black Panther is a great movie, either, and I regard most of the Best Picture nominees as disappointing (read my thoughts on 2017’s Best Picture nominees here). Because I love movies, I don’t review current movies as often. I enjoy watching classic movies and writing about those instead. I was surprised to find that I’d seen and reviewed the majority of Best Picture nominees when the list came out, with one exception. I want my viewing of the only Best Picture nominee I have not yet seen, Lady Bird, to be positive and I plan to post a review of Lady Bird on a new Blu-Ray edition. However, as with what for decades was anticipation for glamor and excitement at the Academy Awards, I am now dubious.

Expectations are lowered. In two recent reviews of classic Westerns, one of which is directed by John Ford and far superior to Black Panther in terms of depicting a hero who is black, I’m glad I’m able to find the good in movies which are still new to me and today’s audiences. I wish Hollywood would remain the center of making — and rewarding — movies that make me think and invoke both a sense of wonder and grandeur. I’m working on it.