The Academy of Motion Picture Arts and Sciences announced Oscar nominations for last year’s movies this morning. The annual awards ceremony, to be hosted on March 4 on ABC by ABC’s late night show host and political activist Jimmy Kimmel, will be the 90th annual Academy Awards. With each passing year, the popular televised ceremony loses its luster. 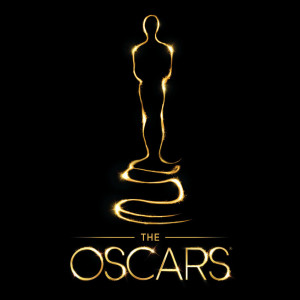 The show’s glamour is long gone, as whatever eloquence, beauty, elegance, flair and brightness is on display is perpetually, and increasingly, diminished, contradicted and ridiculed by the dim, grotesque and always vulgar mediocrity, bigotry and blankness of its hosts, presenters, skits and clips. The Oscars have become an annual display of groupthink, like a national political convention — rote coronation, bromides and propaganda — as entertaining and informative as an episode of most of the harping on MSNBC or the pap on Fox News Channel. This year’s Me, Too-driven hysteria, compounding the Academy’s bigotry rationalized by its faith in egalitarianism (cloaked in the terms diversity and inclusion) will surely detract from any celebration of the art and science of movies and having made them.

This year, the Best Picture nominees mostly match the projections. With one exception, I have seen and reviewed each of the nominees, so I’m including the links here for those who love movies as much as I do. Please note that most of these reviews offer negative or mixed estimates of the Oscar-nominated pictures, though I found Dunkirk compelling, and have not seen Lady Bird, which is also nominated. I think the scathing and timely indictment of America’s Me, Too culture of trial by public opinion, I, Tonya, is one of 2017’s best, possibly the best, picture, though I haven’t seen every major movie.

I am glad that The Greatest Showman, Fox’s flawed but enjoyable box office hit — which had an extraordinarily low 12 percent drop in this week’s box office receipts — and a showcase for two rising and extremely talented songwriters, received recognition for its music with its “This Is Me” nomination for Best Song (though almost any of its tunes are better than anything else I heard last year).

Oscar’s nine 2017 Best Picture nominees, with a link to each review, are: