Music Review: The Sound of Music 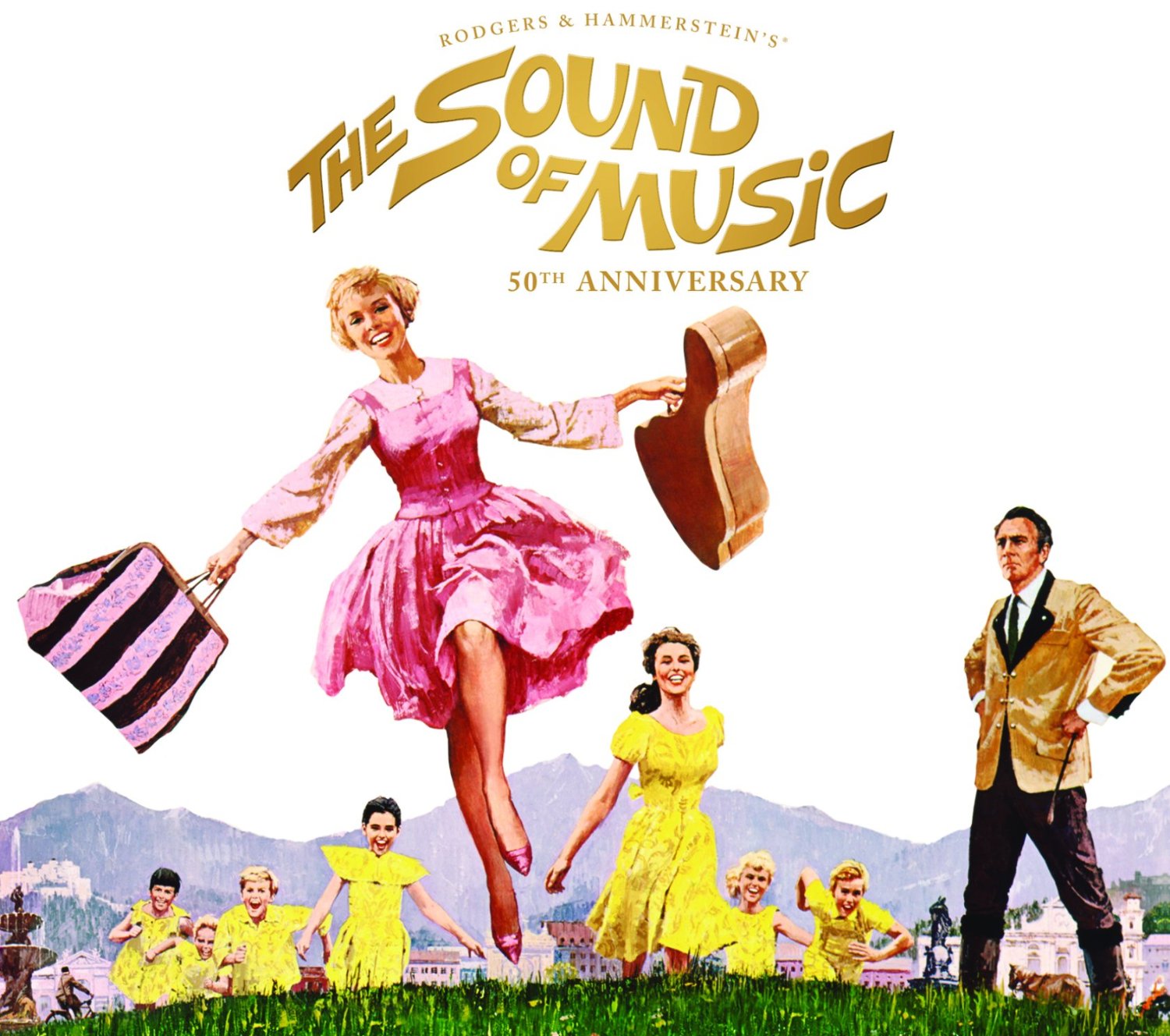 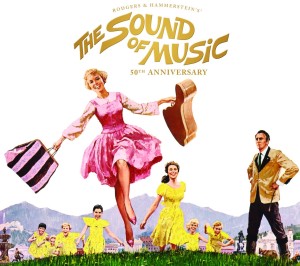 The 50th Anniversary edition movie soundtrack for Richard Rodgers’ and Oscar Hammerstein’s The Sound of Music (20th Century Fox’s 1965 winner for the Academy Award for Best Picture) is a rare, wonderful treat (click on the image to buy the CD or digital download).

The songs, mostly European-driven waltzes, folk tunes and ballads, are memorable and melodic. These songwriters, whose work ranks among the most beloved and popular music of the previous century, are enormously talented and here the work (which is their last together) is ingeniously integrated into the story for motion pictures. The 27 tracks are fully remastered and expanded to include previously unreleased cues and all vocal performances for the first time in one, definitive release.

By now, most everyone knows these treasured tunes, which accompany and form the core of producer and director Robert Wise’s movie adaptation of the November 16, 1959 Broadway musical, The Sound of Music, written by Ernest Lehman featuring Christopher Plummer, Julie Andrews and Eleanor Parker. The score begins like the blockbuster film, silently until whistling with the wind through the Austrian Alps in a prelude to Julie Andrews as a would-be nun Maria Rainer, singing the title song, reprised with affection when Maria’s love for music—a sense of life worshipping one’s own worldly existence—is fully seeded with a band of aristocratic children.

Reprise is one of the keys to its success. From “Maria”, sung in doubt and debate by nuns at the abbey and again when the novitiate Maria rejects those vows for a woman’s vows to her man, to “Edelweiss”, sung as a hymn to one’s love of country and again as an act of defiance against government control, The Sound of Music brilliantly integrates the sacred and the sentimental and elevates both into the sublime. This is a work of mastery. Other famous and unendingly enticing songs include “My Favorite Things”, sung to conquer one’s fear, first to children then to selves, “The Lonely Goatherd” and Richard Rodgers’ “Something Good”, which replaces one of the stage production’s more pronouncedly Nazi-themed tunes. With lush romanticism abundant everywhere in the recording, everything is meticulously grand.

Music brings to mind the movie, including “Sixteen Going on Seventeen”, first sung by children coming of age and then again as a corrective tonic by a mother to her daughter emerging as a woman of the world. “So Long, Farewell” pinpoints the story’s serious themes with its innocence at a celebration contrasted by its knowing, daring reprise at an enactment of dictatorship. Processionals, overtures, waltzes, entr’acte and the finale are elegant, crisp and magnificently sweeping on the newly polished, restored and remastered soundtrack. “Climb Ev’ry Mountain” soars as an earthly blessing upon romantic love in the here and now and again as a song of triumph for the good. Suspense and tension build and explode, as the music for the man/woman dance envelops and expresses with its every note, and the whole score perfectly reflects the motion picture.

“Do-Re-Mi”, which, like generations of children, is the song of my first theatrical audition (and I got the part), remains a favorite. As the Rodgers and Hammerstein organization’s Theodore Chapin observes, this is an exceptional song unto itself. Following Robert Russell Bennett’s orchestrations to a tee, Chapin writes in the extensive liner notes, score arranger and orchestrator Irwin Kostal retains Bennett’s “playful woodwind counter melody (after “…so we put in words, one word for each note…”)”. “Do-Re-Mi”, in matching and expressing The Sound of Music‘s uniquely intimate yet universal plot-theme of music as a means of accessing and embracing life, is a work of art.

This edition features new notes from Julie Andrews, who recounts a marvelously personal story about Mr. Hammerstein and nods to the stage version’s Maria von Trapp, Mary Martin, as her vocal superior on one technique, and Laurence Maslon, author of The Sound Of Music Companion. There are also rare photographs and illustrations from the movie, which is available with a wealth of new and previously released material in a new 50th anniversary Blu-Ray, DVD and digital HD 5-disc edition, which I reviewed here. The 5-disc set includes this soundtrack, though not the liner notes.