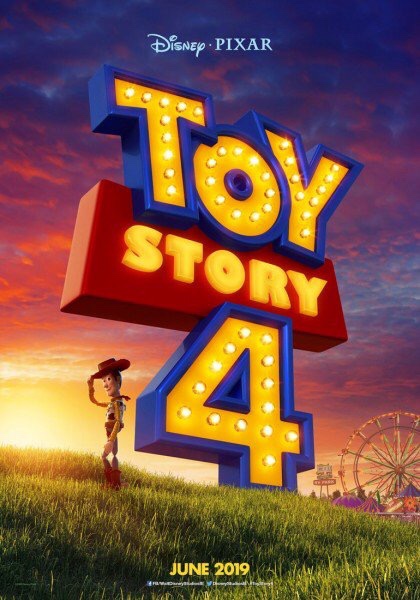 Joyfulness is all but gone from Pixar’s Toy Story series. The third sequel to the original 1995 Toy Story with voices of Tim Allen and Tom Hanks minimizes humans this time, trivializing previous themes and ditching, downsizing or upsizing characters to suit politically correct dogma.

I wanted to like Toy Story 4. I enjoyed the 1995 movie and its sequel. I also enjoyed 2010’s animated summer action comedy, Toy Story 3. This is not a bad movie. It contains many elements of the previous pictures’ success, from clever, concise lines to brisk comedy, action and integration. Plot lines make sense, move along and entertain.

For example, toy talking cowboy Woody (Hanks) braves venturing into nature again for the sake of his owner, the child Bonnie. This leads to interesting, humorous and realistic situations in which he’s able to help Bonnie be her best on her first day of kindergarten. The girl gets to make her own new toy out of trash thanks to Woody, leading to a new character, Forky, perfectly voiced by Tony Hale. Cute and irreverent subplots about throwing yourself away ensue.

Then comes the repurposing of a recurring character named Bo Peep, nicely voiced by Annie Potts. Predictably, amid Hollywood’s Me, Too directive(s), the set-piece toy and her sheep, which accompany a piece of furniture intended for a child’s room, transform into superheroes. Toy Story 4 turns the piece of porcelain into a butt-kicking action figurine worthy of the same studio’s Captain Marvel. Only she’s more efficient. By the third time she saves Woody, you may be falling asleep from boredom. The newly butch Bo Peep gussies the franchise with feminism while new toys voiced by Jordan Peele (Get Out) and Keanu Reeves (Speed) serve as other tokens.

Old toys are relegated to cameos. All of this might be fine if Toy Story 4 had a better point. But its theme, which is hard to explore without disclosing key details, runs counter to the series premise. Suffice it to say that commercialism, Toy Story‘s best aspect, is purged. Woody doesn’t get “woke” exactly, so much as toys qua toys get neutered.

Toy Story 4 is as cute and jaunty as the previous movies. At an hour and forty minutes, it’s mercifully shorter than most Pixar fare (Up, Inside/Out, Ratatouille). But it’s driven by messaging, not by imagination. By jettisoning its main cast of characters and their connection to the individual child, the fourth Toy Story loses its capacity to indulge in play.