Dabbling in what made the 2008 original enjoyable, this summer’s sequel to Mamma Mia! is another welcome exercise in gaiety and lightness. With players draped in loose-fitting cotton, gathering in the sun-kissed Greek isles on the premise that the individual of any age can and ought to “do something radical and wonderful”, Mamma Mia! Here We Go Again‘s as carefree as the original ten years ago. 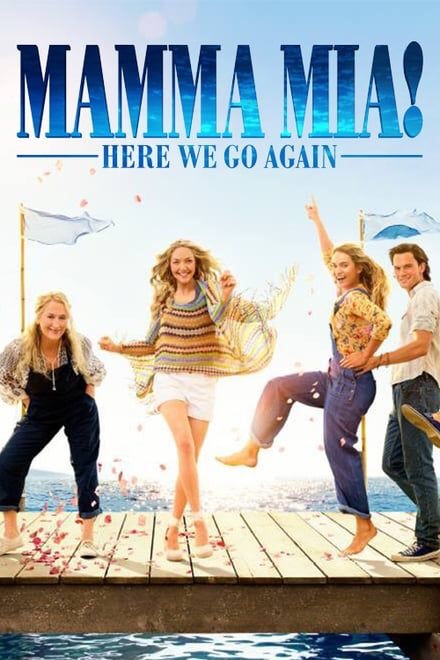 Amanda Seyfried (Cosette in Les Miserables and Letters to Juliet) returns, as do most of the original cast, as Sophie, daughter of free spirit Donna (Meryl Streep) who has died. Sophie plans to re-open the boutique hotel her late mother had created in the Greek islands. This is the plot. Sophie’s husband Sky (Dominic Cooper), who married Sophie in the original with the spirit of a pagan festival, is on a work assignment in New York City pondering a job offer. All of this is built again around ABBA’s rich, melodic pop songs.

Andy Garcia, Cher and Meryl Streep appear in small roles or cameos that feel like afterthoughts and, while they do not add to the movie, they do not detract or distract from it, either. The rest of the cast — including Stellan Skarsgard, Pierce Brosnan and Colin Firth as Sophie’s three fathers — is terrific, though Lily James (Darkest Hour, Baby Driver, Cinderella) continues to impress as an actress, portraying Sophie’s mother in her youth. Mamma Mia! Here We Go Again begins and ends as a kind of musical postcard, teeming with life. English writer and director Ol Parker (The Best Exotic Marigold Hotel) takes over directing from Phyllida Lloyd (The Iron Lady) with fine results.

Imaginatively filming island bicycling, traipsing and singing while dancing with clever transitions, and keeping godawful singer Pierce Brosnan in line, Parker unfolds the movie’s grief recovery theme in flashbacks. As young Donna, Sophie’s mother, Lily James is perfectly winsome, embracing youth with an unorthodox valedictory speech at Oxford, seducing gorgeous young men in Paris and the Mediterranean and starting her career as an entrepreneur whose voice is as “sweet as sugar cane”.

Contrasting the persevering single mother with a daughter who integrates her parents’ (including each of her three dads) best qualities and, of course, songs which invite you to think twice as you swoon along, so is Mamma Mia! Here We Go Again.