Movie Review: Get Out

The eerie Get Out piles up questions in a fast, steady and fragmented way that keeps an audience guessing what will happen to the black man at the center of this racially themed movie. Centered upon a young, interracial urban couple (Allison Williams and Daniel Kaluuya) going to meet her parents (Bradley Whitford and Catherine Keener), the script by Jordan Peele, who directs his first feature film here, combines dark and violent themes with humor and comes up with a mildly entertaining movie. Get Out is so broad, derivative and cartoonish at times that it’s difficult to discern what to take seriously. The theme—intentionally or not—is segregationist, though very vaguely and in a way that the “bruh” generation might not notice. 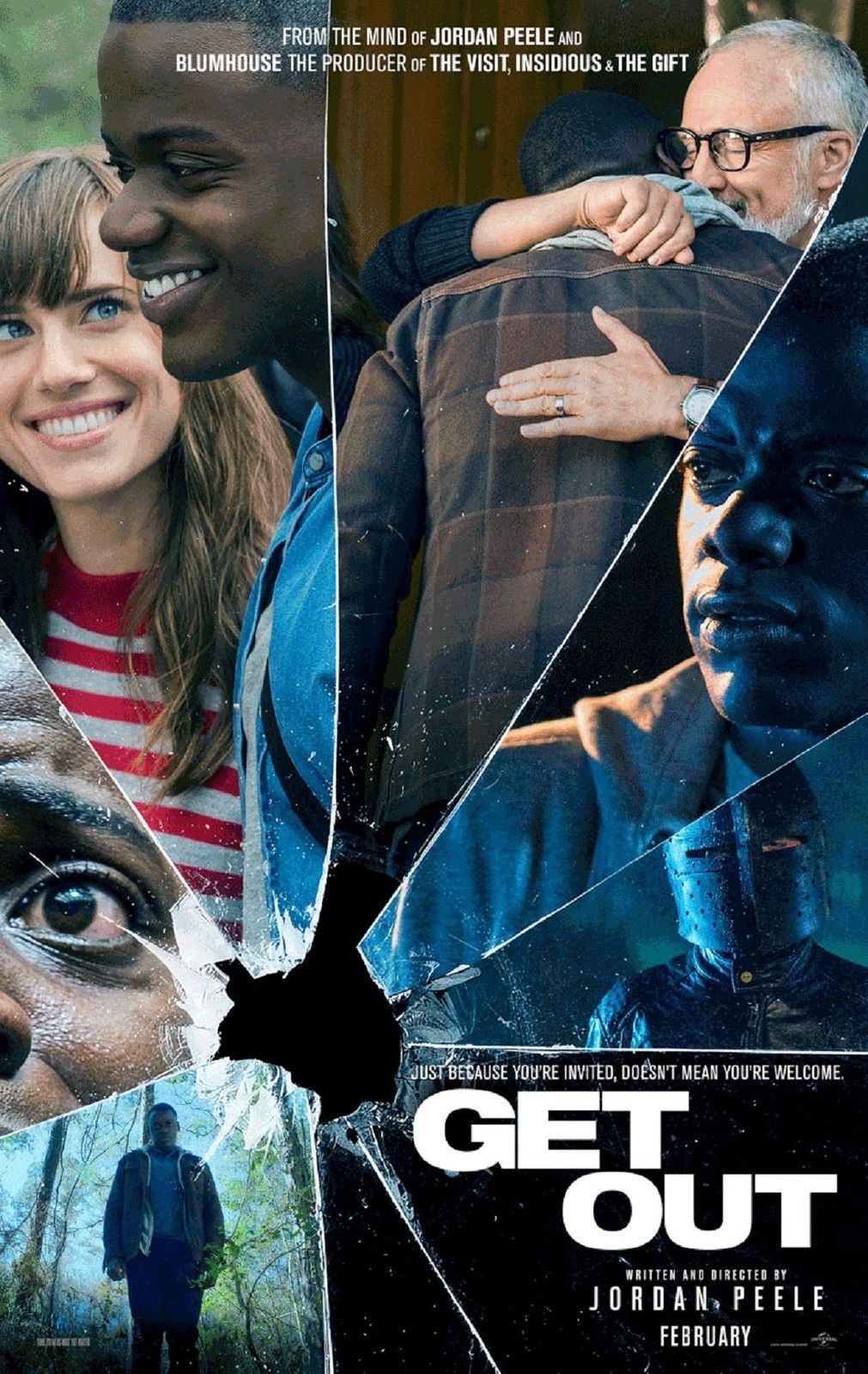 Opening with black and white pictures of narrowly focused urban scenes such as a ferocious looking dog with his muzzle taken off, the bloodshed to come gets plenty of forewarning and this thriller earns most of the jump and jerk moments. Two black pals, one of whom is a photographer dating a white woman (the other’s a TSA worker), banter about the excursion, setting up the couple’s trip to the country to spend time with the white people. If you think about the premise, it is not realistic. But there’s enough truth in what the black characters fear to give Get Out the juice to sustain plausibility. The country home is creepy with clues to raise alarm. The conflict to come is not hard to guess.

An overbearing score and a mismatched, scrawny sibling character who appears to have stepped in out of a front porch scene in Deliverance doesn’t help and Get Out goes slap happier as it heads for a violent climax. Catatonic states of other black people on the family estate deepen the cause for concern, so much so that it’s hard to accept that anyone would stick around for more than an hour without taking the movie’s title at face value. The caricatured if romanticized TSA agent and Get Out‘s stereotyping black people as bumping fists and whites as shallow, condescending and worse pose problems. As the plot progresses—with nods to Marathon Man, The Stepford Wives and Motel Hell—it’s easier to spot what’s going to happen. Peele and company stoke suspense with bits of what comes off as dark humor, such as a line that “we keep a piece of her in here” and a bowl of Froot Loops, but the anti-interracial theme leaves buy-in remorse. An interesting policeman scene could have been developed to add depth and end on a note of racial harmony. But Get Out is a horror movie touched by satire and the cast, especially Keener, is fine in getting the audience to chuckle and feel scared. I don’t know whether audiences will take to the film’s big twist—I didn’t—but, either way, the disturbingly regressive Get Out gets in the head.