That this movie exists is a cinematic achievement. Whatever my criticism, whatever its flaws, the movie about an American government official’s deliberate, historic conspiracy — a real, proven conspiracy of corruption, deceit and silence, ahem, Oliver Stone — to cover up complicity in what amounts to manslaughter in every sense of the word defies both Washington’s and Hollywood’s status quo. Don’t wonder how America elected a leader as repulsive and corrupt as Trump. See Chappaquiddick with its portrayal of the morally bankrupt people of Massachusetts and you’ll have a better grasp why. 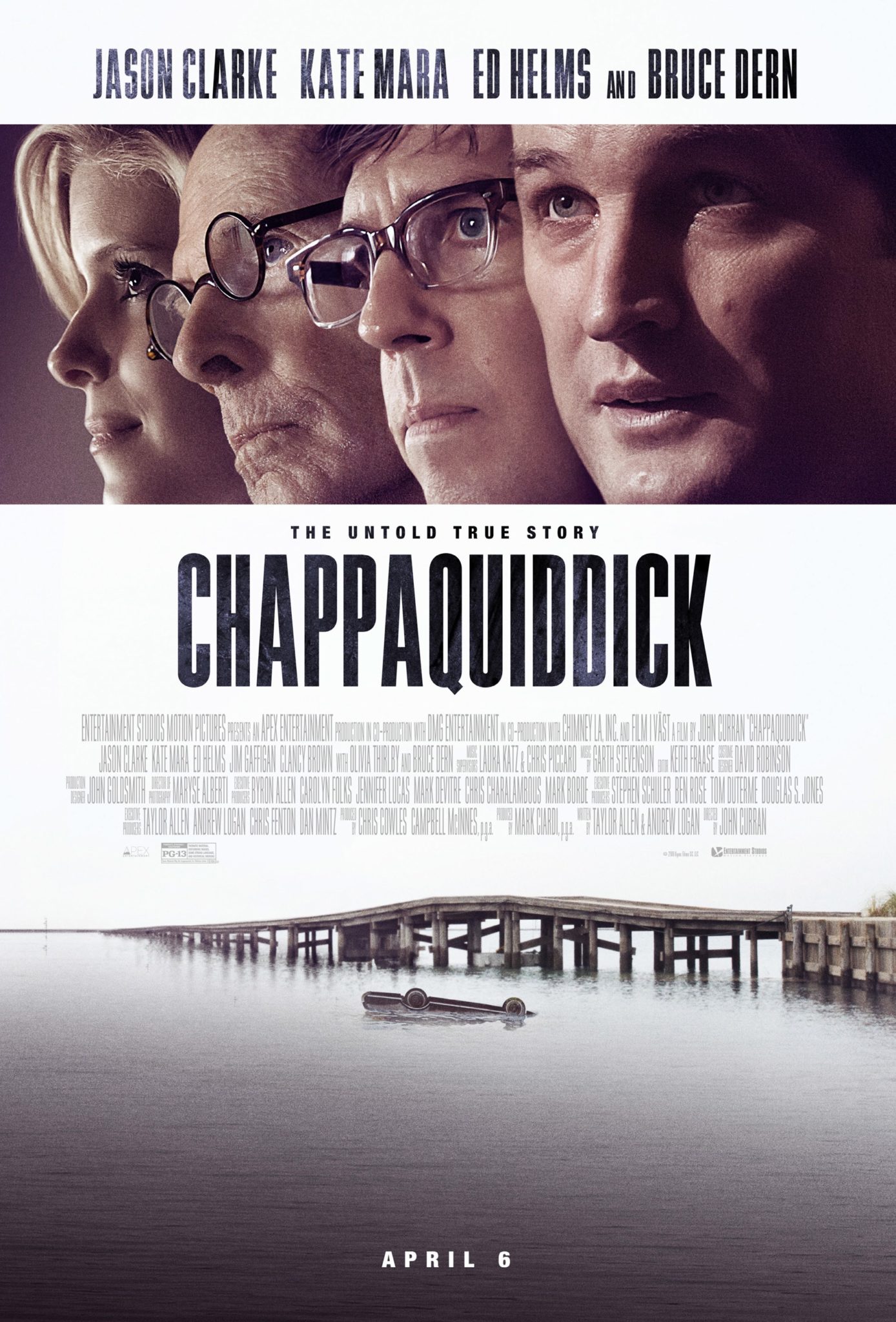 It took a native New Yorker, John Curran, who directed 2006’s exquisite adaptation of Somerset Maugham’s The Painted Veil, to make a film about Ted Kennedy’s first major atrocity. Yes, before he worked with Nixon to force American businesses to “offer” HMOs, which came to dominate and ruin the medical profession, before monstrosity after monstrosity, Ted Kennedy drove a young woman off a bridge, let her gasp for air for hours until she finally died and then conspired to cover up what he’d done. And that’s putting what happened in the summer of 1969 at Chappaquiddick Island mildly.

Depicting Kennedy too kindly is part of what’s wrong with Chappaquiddick. But this shouldn’t stop audiences from seeing it. As soft as it is, and it is, what’s dramatized on screen is jaw-dropping and horrifying and most of it is based on facts derived from the inquest (corrupt as that was) conducted after Sen. Kennedy’s crimes. Suffice it to say that certain aspects of the record have been sugarcoated or whitewashed to “humanize” the oafish Kennedy, who had been pushed into politics after three of his brothers died, one of whom was the deified President Kennedy, another of whom had been assassinated in Los Angeles a year before this picture’s events took place.

Also, the senator’s 28-year-old victim, Mary Jo Kopechne (Kate Mara, We Are Marshall, Brokeback Mountain) is underplayed here. Thus, Chappaquiddick deliberately lacks any sense of what went on between the unmarried Catholic Kopechne and married Catholic Kennedy. Kopechne left her purse and hotel room key at a cottage party of mostly married men mixed with bachelorettes and went off alone with the married Kennedy in an Oldsmobile, only to end up on a beach and, later, saying the Our Father while trapped and abandoned in the upside-downed Olds in an air pocket for hours at the bottom of a pond while Kennedy covered up, dodged and rationalized the crash. There were claims, but no evidence, that he and others tried to dive and save the young woman. Audiences should know that the truth of what happened is, in fact, worse than what’s portrayed in Chappaquiddick.

What’s depicted is bad enough. With well crafted scenes, Curran and company, capably lead by Jason Clarke as Edward Moore “Ted” Kennedy, contrast the Apollo 11 rocket launch and subsequent moon landing (which is overcredited as usual to an American president) and set an eerie tone. Slowly sweeping a camera over the car, with its rolled up windows, as it drives across the low, angled bridge earlier in the day, showing Kennedy’s plea to his father (Bruce Dern, Nebraska) for help as well as Kennedy’s seizure of the police chief’s office as his own, personal post-crash command post — all of it’s shocking, horrifying and, on its face, mystifying, suggesting more sinister facts and motives. Not that this is Curran’s and the writers’ intention. Indeed, they go too easy on the youngest Kennedy brother, who comes off like an oversensitive, overfed oaf, like a pampered mafia child accustomed to getting his way through the unspoken threat of brute force.

At its best, and in sum total, Chappaquiddick dramatizes the Kennedy’s as America’s other notoriously criminal 1969 family. Another, more infamous Family in 1969 was Manson’s mass murdering bunch, and, though the Kennedys’ similarity to mob families is more obvious and apparent, with complicity of the entire state of Massachusetts, the Manson Family’s fundamental faith in brainless patriarchy and depravity parallels the Kennedy clan’s faith-based followers, too. After all, the Kennedy patriarch was a conniving, corrupt bootlegger and wannabe powerbroker who fought to remove Jews’ names from movies to appease the Nazis. Ted Kennedy and what he became was, in this sense, hardly an accident.

Businessmen are often portrayed as slobbering fatcats sitting around lying, cheating and ripping people off. In Chappaquiddick, one finally gets at (some of) the truth of the matter — that the slobbering fatcats are politically connected cronies, thugs and slobs like Kennedys and their corrupt cousins, cops, judges and assorted other New Englanders only too eager to genuflect at the Kennedy shrine or turn the other cheek from their crimes.

This movie isn’t that biting. And, notably, it doesn’t do right by Mary Jo Kopechne, whose best bud and fellow Robert Kennedy “boiler room girl”, upon learning that Mary Jo died, wants only to know “what do we need to do to help the senator?” But with solid performances, craftsmanship and a ghoulish recreation of one of the few sordid Kennedy crimes for which they were held partially accountable, Chappaquiddick — if nearly 50 years after Mary Jo Kopechne was left alone underwater to slowly die — succinctly engages the audience in wanting to know more.