Movie Review: Call Me By Your Name

The long, slow and pseudo-sensual Call Me By Your Name has some lovely moments and persuasive performances but its charms are lost amid an obvious and heavy-handed Dionysian theme. 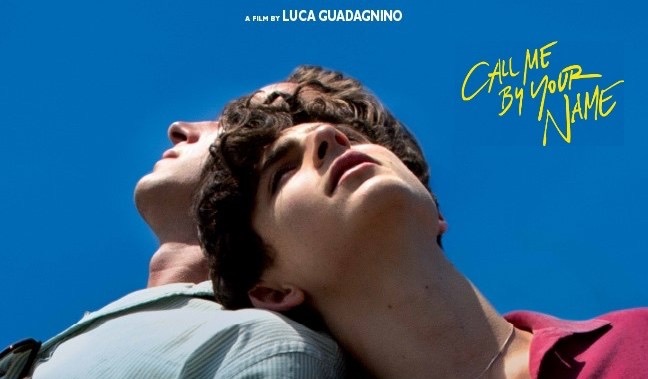 Written by James Ivory (Maurice), director Luca Guadagnino lays evocative scenes on Call Me By Your Name over and over. For many, this prolonged foreplay toward a bisexual coming of age, with emphasis on the same sex affair, may press one’s buttons. But I found Call Me By Your Name too light and leisurely and, ultimately, like the moody Moonlight, too neat and contrived. Timothée Chalamet is convincing as the boy and Armie Hammer is equally convincing as the man. Neither role is especially layered or deep.

Neither, by my estimate, is Call Me By Your Name, which takes place in the early Eighties and plays like an extended travelogue with pretty pictures of a drunken, naked paganism or Dionysian fantasy ala 1982’s menage a trois movie Summer Lovers, which this movie resembles, down to 1982’s androgynous pop hit “Love My Way”. This affords the film one of its less blatant, most insightful scenes. Scenes of Hammer’s young scholar being playful, then drifting into a dance alone, as others make the hypnotic, propellant tune their own in movement, advance the plot. Otherwise, looks, actions and lines too carefully signal anything-goes hedonism such as “our home is yours” and gestures such as one in which the hostess offers her seat to the houseguest. At one point, Hammer’s antiquities scholar, visiting “somewhere in northern Italy” to study with the boy’s father (Michael Stuhlbarg, Arrival, Steve Jobs), starts to prove to the boy that he gets his clues and drift when the man matter-of-factly affirms that he’s listened to the boy explain that the man’s sleeping in his room.

Most of the movie is like this, which is to say it goes on and on, over and over, with peaches, cherries and apricots (forbidden fruit, get it?), bicycle rides, the boy’s mother really wrapping her lips around her cigarettes and the boy’s father going on about nudes and everything’s rather clear until the boy watches the young man immerse himself in heterosexual, then solitary, expressionism. Flush with lounging around with constant cigarette smoking, female temptresses and riding bikes, man and boy steal away to the Italian countryside, where more happens. At some point, the man reveals that he thinks he might be infected, though this is left dangling.

Pain, with that clue and others, emerges as the theme in Call Me By Your Name, which takes suffering — nosebleeds, masochistic footrubs and other hints — for romantic love. By the time the twist comes into play, as much of a twist as it is, the jerky shots, crotch grabbing and out of focus dreams combine with fluttering pigeons, dripping peaches and neglectful parents to end up at an all too familiar destination.

Call Me By Your Name indulges the beauty of nature, with sleepy meadows and waterfalls, to express the view that true love means enduring pain and suffering. The movie’s meaning redounds to exalted love being impossible to achieve at any age or sexual orientation.

But its sadistic hedonism goes deeper. In Call Me By Your Name, civilization marks the end of sexual bliss, which is portrayed as possible only with ignorance of reality in the Garden of Eden, complete with a classic train farewell. With additional religious tie-ins — both males are Jews, which further cues endless suffering — in comes Hanukkah, headphones and, curiously, houseflies in wintertime, as exit pop vocals wail the question: “Is it a video?”

In spite of its heartfelt moments, this question rings most truthful in Call Me By Your Name, which is neither as moving or original as it believes itself to be. The answer is yes, this film plays too much like a music video, and music plays a role in the plot, too, if not really in character development. It is adept in depicting certain moments of natural sex between man and woman and man and man but, because it is too blatantly intent upon breaching sexual bliss with suffering, Call Me By Your Name cannot honestly or exactly be called a gay romantic love story.