Disney’s 2019 version of Aladdin is a rehash of the 1992 animated original, which was an enjoyably light romantic musical adventure. This one, an extravagant affair loaded with distracting, screaming effects, is arguably worse or no better. It can’t seriously be called live action because the action by live actors, which is noticeably manipulated and distorted by computers or some sort of digital doctoring, is not exactly realistic. 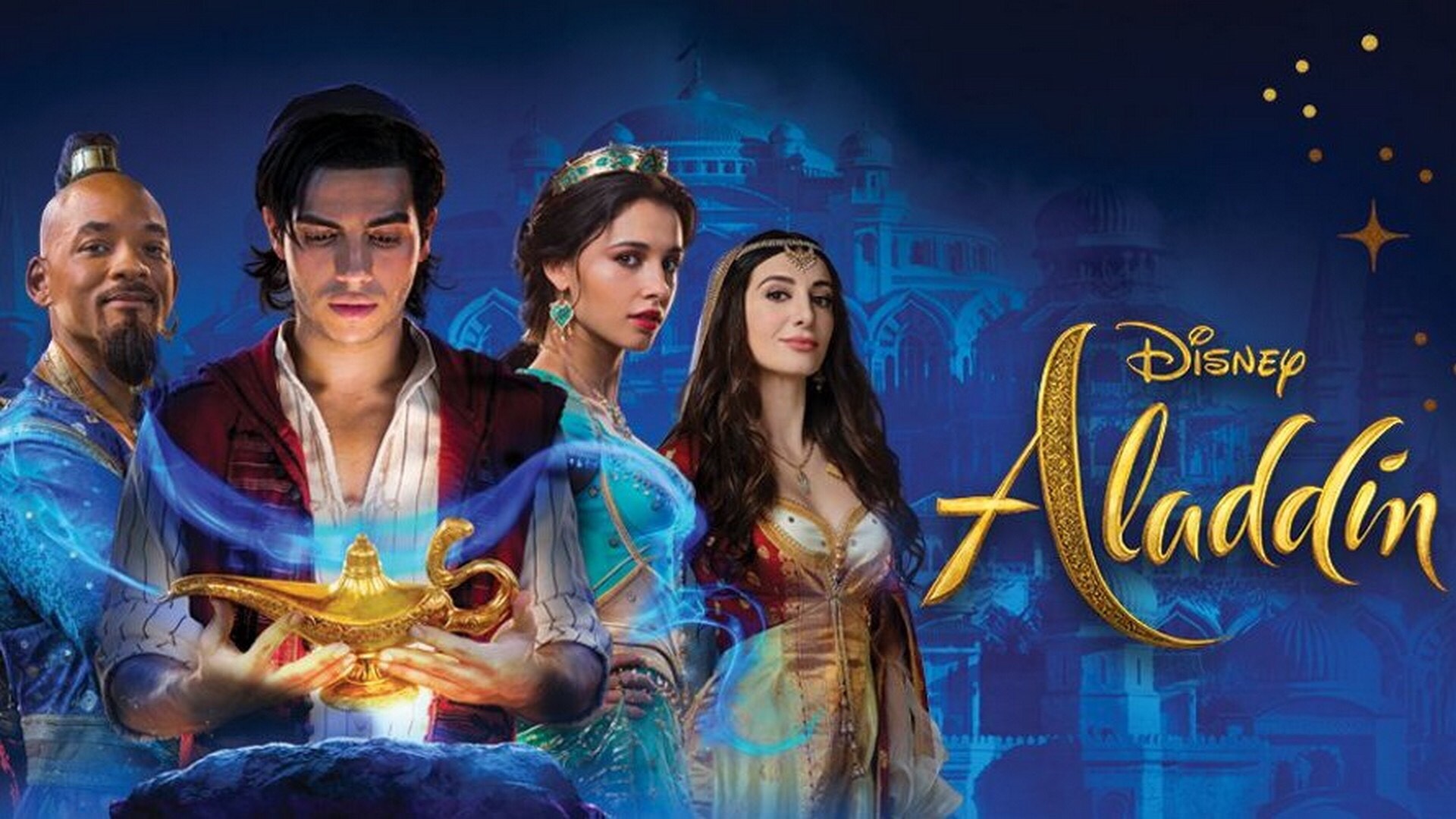 For instance, an opening chase sequence and Bollywood style dancing show the title character (and animals and humans) in jerky, almost robotic, movements. These are not likely to have been created to be noticed as digitized effects. But effects are easily detectable. The sound, too, is blaring. Add hip hop by Will Smith (Concussion, Collateral Beauty) as the genie and, as a cinematic experience, it’s exhausting.

This might be fine if the story was interesting. With the classic tale’s Sword in the Stone type coming of age theme, Aladdin — despite an anti-Western smear campaign against the movie by an Islamic pressure group — is interesting as light fare (if strictly as light fare).

The leading character is fine, though as a skinny youngster he’s not completely convincing as the romantic leading male. The female love interest is updated with a predictably post-Me, Too subplot. Princess Jasmine now yearns to be an authoritarian ruler, though of course she presumably intends to be a benign ruler of people’s lives (as if this is possible). In any case, Jasmine comes off as disproportionately more mature than Aladdin. Again, as with Marvel-under-Disney’s Black Panther, “inclusion” excludes gays from the monarchy.

Whether this represents submission to Islamic or Middle Eastern pressure groups — Disney changed its 1992 movie script to appease Arab pressure group campaigns — is unknown but the movie’s a mashup of styles that’s so widely disparate that such omissions are glaring. When the picture’s a carefully contrived, kitchen sink mix of feminism and multiculturalism it’s hard not to notice what’s left out. The film’s only Western character is portrayed as an effeminate, white imbecile.

In case you’re wondering, the original’s Alan Menken music, with lyrics by Tim Rice and the late Howard Ashman, are all here. New music by Justin Paul and Benj Pasek (The Greatest Showman, Dear Evan Hansen, La La Land) is very good in service of the new subplot. Overall, everything gets tidily if superficially tied together. The monkey, the bird, the magic carpet — they’re all here — adding a framing device which blends an interracial romance. More subplotting about power lust and poverty comes in, gets short exposition and fades away without a second thought. The villain, Jafar, is sufficiently evil.

Aladdin’s smartest part, which pertains to the two leads being born into a kind of pre-conceived notion based on class, is reduced to a line in John August’s script. It is promptly abandoned.

Besides hip hop, rapping and loud, obnoxious effects, Aladdin’s most distracting aspect is its titular hero. The thin actor, Mena Massoud, is overgroomed. His look is distinctive — his acting skills are fine — so the perfectly curled long strands of black hair resembling a black Aladdin Disneyland character wig are just so. I felt like I was being transported to a Disney theme park a few times during the movie, as if I was watching a scheduled parade, show or “cast member” appearance. Such explicitly self-conscious filmmaking — the director is Guy Ritchie — costs Aladdin. The main character is so visually distracting that he takes the audience out of the movie.

Forgettable Aladdin is better than horrendous Dumbo. And, while Will Smith as the genie is minimized and plot resolution hinges on a technicality, Aladdin puts a new, if formulaic, rub on its appealing box office hit.