Today, I’ve added to the site archives my first review of an Alfred Hitchcock movie. It’s an analysis which posted earlier this year for the 2017 TCM Classic Film Festival, where I had the pleasure to see the master’s 1934 film The Man Who Knew Too Much on nitrate at the Egyptian Theatre on Hollywood Boulevard. Read my review of this interesting movie and thoughts on its screening, which was introduced by Martin Scorsese (Hugo, The Departed, New York, New York) here. I plan to add more classic film reviews this year. 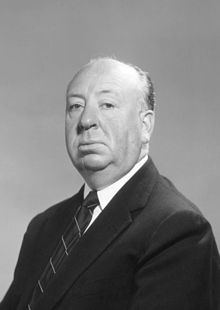 Though I review movies only informally and occasionally for the blog, I plan to continue. I’m focussing on classic movie analysis, however, based on pictures I’ve seen on the big screen, such as The Man Who Knew Too Much. I enjoyed seeing an Alfred Hitchcock movie on the silver screen, of course, and I’d like to see more of his work and write more, new reviews and analyses, so let me know if you have one or two in mind you’d like me to review. As of now, my favorite Hithcock movie is 1954’s Rear Window, so I may write about this movie next. Meanwhile, if you’re interested in Hitchcock, who is with Howard Hawks and Lasse Hallstrom among my top favorite film directors, I did see and review a 2012 biographical movie about the master of suspense, which is simply titled Hitchcock, co-starring Helen Mirren and Anthony Hopkins. Read the review here. I’ve seen most of Hitchcock’s movies and many of the TV episodes. I’m also reading Hitchcock/Truffaut (I’ve seen the recent documentary, too).

I first started to take Hitchcock’s work seriously as a student of film during the 1990s while attending Professor Shoshana Milgram’s lectures and classes in Southern California and at several summer OCONs. Her work in film and literature is always deep, serious and thought-provoking. Dr. Milgram really encourages students to see his movies and think about them and she stirred me to appreciate why seeing a movie more than once can be a rich reward for the rational mind. I’ve written my reviews to be read both before and after the reader has seen the movie ever since. Today is Hitchcock’s birthday, so it strikes me as the best day to post my first review of a Hitchcock film to the backlog. I hope you enjoy reading it.