Cameron Mackintosh’s slightly changed production of Alain Boublil and Claude-Michel Schönberg’s musical adaptation of Victor Hugo’s epic Les Misérables retains its glory. I decided to see the revised musical, after having seen the original 1989 production several times in Los Angeles. Les Misérables recently returned to Broadway with new staging, which is mixed, and scenery inspired by Hugo’s paintings, which adds a flair, in downtown Pittsburgh at the Benedum Center toward the end of its run there. 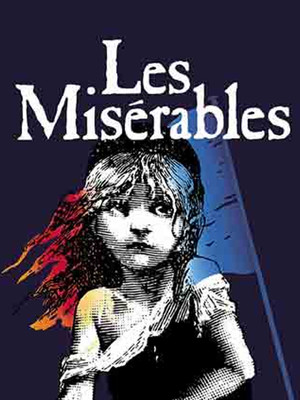 The 19th century France-themed Les Misérables is an unforgettable story. The musical version softens the villainy while keeping the plot’s redemptive theme for every character that does wrong to any degree. The songs “I Dreamed A Dream,” “On My Own,” “Stars,” “Bring Him Home,” “One Day More,” and a great favorite, “Red and Black”, make this beloved musical one of the most popular in theatrical history.

This great musical is unique for its idealism and seriousness and this version did not disappoint. Nick Cartell’s Jean Valjean had a commanding presence. His “Bring Him Home” was easily the show’s most emotional performance. Other cast standouts include an actress named Phoenix Best as Eponine, a conniving ghetto girl who falls in love with a French aristocrat enlisted in an anti-government rebellion; she turns romantic, defies her father and fights for her true love. Matt Shingledecker as Enjolras was captivating in every scene, especially leading “Red and Black”, stupidly renamed “The People’s Song” against the very core of its meaning in this version. The actors playing the Thenardier couple overacted. Gavroche was too precocious (there is such a thing for this character, which entirely relies upon innocence for its full impact) though I think the part and the boy’s lines were rewritten to pander to modern parents, families and audiences.

The best performance belongs to Josh Davis as Javert. I’ve never liked this character and I still do not. I’m planning to review a few recent TV and movie versions of Les Misérables, which I’ve recently seen, and gained a new appreciation for the rationalistic policeman character. But Davis, whose physical, vocal and acting ability added dimension to his portrayal, delivered what for me is the first performance that makes his suicide truly meaningful, organic and impactful to the plot. I’m not a fan of the new set, which dominates the stage, though I was surprised at how much I like the infusion of pieces suggested by Hugo’s art. The barricade remains central to the performance.

Overall, I was as moved as ever, possibly more so because I’m older. What strikes me now, as against 30 years ago, when I first saw Les Misérables on the stage, is that the world has grown darker, more perverse, more desperate. The show’s explicitly Catholic underpinnings resonate less with the audience than its searching themes of wanting to examine and know who am I, what am I doing here on earth and how can I be my best. It was impossible during the often pin-drop perfect performance not to think of those young rebels in Hong Kong, and now also in Teheran and in countless other silent and unknown rebellions from Saudi Arabia to Communist Cuba, China and North Korea. I’ve the sense that I was not alone. Couples, families with children, older and younger adults of all types were held by the power of “Red and Black” (I refuse to call this poetry by its mangled title the people’s song) with the soft yet searing plea by an idealist to his fellow men:

It is time for us all
To decide who we are
Do we fight for the right
To a night at the opera now?
Have you asked of yourselves
What’s the price you might pay?
Is it simply a game
For rich young boys to play?
The color of the world
Is changing day by day…

Les Misérables endures, especially in the streets, back alleys and hushed halls of Hong Kong, where the anti-Communist rebels, young and old as in Les Misérables, unite, gather and mobilize despite China’s barbarism, brutality and oppression to sing the 1989 musical’s triumphant final “song of angry men who will not be slaves again”. In Pittsburgh this Thanksgiving, its banner waved with wonder, power and inspiration still.

The 2,800-seat Benedum Center for the Performing Arts, formerly a movie palace called the Stanley Theater before a $42 million renovation in 1987, affords intimacy and grandeur. Named for Mike Benedum, the son of West Virginian farmers and merchants who became a self-made, wildcat oil tycoon who made a charity after his only child died in 1918, the Liberty Street theater is nearly perfectly proportioned. I plan to return.