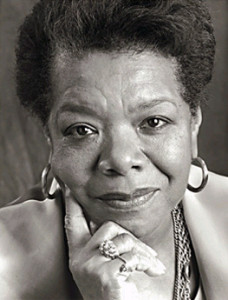 What I admired more than anything about Maya Angelou, who recently died, is that she committed to her work 100 percent. Whether she danced, wrote poems, books or songs, she expressed her life in art. She was a true Renaissance woman and this in today’s world is a remarkable achievement.

I first became aware of her when I watched the ABC miniseries Roots. I think it was her face that earned my instant respect. It was kind and searching and her expressions were as if she was intensely interested in understanding the world. Yes, it was all of that. I was a child and the saga of Kunta Kinte was an extraordinary television program built on Alex Haley’s story of a great mythic American Negro experience, which was perfect for her. Over the years, she told the tales of her life, being raped as a child, being traumatized by violent crime, growing up to dance, become an activist for her own rights, working with Martin Luther King, Jr., Malcolm X, Alvin Ailey, Roberta Flack,  Oprah Winfrey and some of the best actors such as Cicely Tyson and Louis Gossett, who both also co-starred in the stirring and glorious Roots.

Roots is an important connection in the life of Maya Angelou because it symbolizes an unearthing of deeply embedded truths about what it means to be black and female in America, where slavery was both a horrible mistake in the original laws despite serious opposition and a cause for abolition through a great civil war less than 100 years after the young nation was born. She represents strength and openness, the pulling out of what’s painful to acknowledge and explore, and the healing that follows one’s recognition of agony, pain and recovery. Her career mirrored and led to advancements such as interracial marriage and racial integration across the decades, from her personal narrative I Know Why the Caged Bird Sings in 1969, which I referenced in my review of last year’s somber best picture 12 Years a Slave, to her sonorous readings, intonations and insights in interviews in the 21st century. Maya Angelou rarely missed an opportunity to thoughtfully comment on difficult and challenging times.

She had lived through the worst, as she revealed in Caged Bird, one of the most banned books in America due to its frank language and depictions of explicit sex, violence and homosexuality. She wrote and produced for the forerunner of PBS, mining the connections between blacks and the blues, lived in Harlem, taught at Wake Forest University in North Carolina and wrote a feature film. The native of St. Louis, Missouri, who’d been left by her parents under the care of a grandparent who taught her to read works by Langston Hughes and Frederick Douglass as well as Dickens, Poe and Shakespeare, later partnered with Kansas City, Missouri-based Hallmark for a series of greeting cards. As she once proudly said in response to criticism that she profited from her work (in one of her most succinct quotes): “I write for money.”

She wrote, it turns out, in fits in hotel rooms where the eccentric demanded that wall hangings be taken down to avoid distraction, on legal pads while lying on a bed with occasional sips of sherry and, like writer Ayn Rand, with a deck of cards to play solitaire during the gaps. She wrote for better or worse in a personal and often embellished storyteller style, long before blogs and the Internet, and her writings gained notice from President Clinton, an Arkansan who invited the former Arkansas resident to recite a poem at his inauguration in 1993. Though she supported Hillary Clinton over Barack Obama in the 2008 presidential election, Maya Angelou ultimately and quite distinctly chose to align herself with the fundamentally anti-American Obama presidency, a decision which diminishes her legacy. 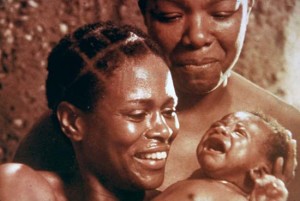 But like Roots she was an integral and unique part of American mythology. Her words, stories and life were, in essence, inspiring. Among my favorites: “When someone shows you who they are believe them; the first time.” “We delight in the beauty of the butterfly, but rarely admit the changes it has gone through to achieve that beauty.” “I do not trust people who don’t love themselves and yet tell me, ‘I love you.’ There is an African saying which is: Be careful when a naked person offers you a shirt.” “I can be changed by what happens to me. But I refuse to be reduced by it.” And: “Nothing will work unless you do.”

Maya Angelou, in all her incarnations, rose to each occasion and did. As she wrote in her collection Phenomenal Woman: Four Poems Celebrating Women:

Pretty women wonder where my secret lies.
I’m not cute or built to suit a fashion model’s size
But when I start to tell them,
They think I’m telling lies.
I say,
It’s in the reach of my arms
The span of my hips,
The stride of my step,
The curl of my lips.
I’m a woman
Phenomenally.
Phenomenal woman,
That’s me.”