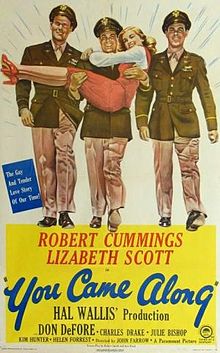 Turning to author, Turner Classic Movies host and Hollywood historian Robert Osborne (whom I interviewed about Robert Redford last month), I asked about the late actress Lizabeth Scott, whose 22 motion pictures made an indelible impression on moviegoers.

This is an edited transcript of our short interview.

Scott Holleran: Will TCM do a Lizabeth Scott tribute?

Robert Osborne: I’m not sure that we have enough of her flims unfortunately. Most of her films were for Paramount and Hal Wallis and we have to lease those. We have The Company She Keeps (1951 with Jane Greer), The Racket (1951, with Robert Mitchum and Robert Ryan) and Pulp (1972, with Michael Caine and Mickey Rooney). There may be some United Artists pictures that we have. I think we have The Strange Love of Martha Ivers (1946, with Van Heflin and Barbara Stanwyck) which is kind of in the public domain. We also have Dead Reckoning (1947 with Humphrey Bogart). You can’t do a proper salute without the right movies. For years, we didn’t have Psycho (1960) and we wanted to do a salute to Janet Leigh. You can’t do a salute to Janet Leigh without Psycho.

Scott Holleran: Did you meet her?

Robert Osborne: Yes, I did. She came to a couple of Academy events. I hosted a tribute to Barbara Stanwyck and Lizabeth Scott came. She was lovely. I used to see her at parties. She looked terrific, she was very chatty and she always fascinated me. There was a point when I saw her [as Ivy Hotchkiss] in You Came Along (1945) and she was my favorite actress. I pinned up pictures of her. But then she went into the film noir movies and she got into the Lauren Bacall and Veronica Lake mode. I wonder if Hal Wallis, who saw something in her and wanted her under contract, hadn’t pushed her into the film noir mode—it would have been interesting to see what she would have become. [Pauses] You Came Along (1945 with Robert Cummings) is really a lovely movie. Have you seen that?

Robert Osborne: She was such a charming leading lady in that movie.

Robert Osborne: I think she was good. She was perfect for a movie star. She had the hair and the Bacall demeanor—I don’t think she was in any way a copy of Bacall—and she held her own with Humphrey Bogart and Burt Lancaster and other overwhelming personalities. I always had the feeling that she wasn’t that gung ho about acting—kind of by her own choice; she kind of pulled out of it. If she’d wanted to do more, she would have. She was a smart cookie. I think she realized that what she had to sell was timeless—she was smart enough to know that. Bacall had a limited shelf life, too, but she went from the vamp in [Howard Hawks’] To Have and Have Not to becoming a character actress, which she did in The Shootist with John Wayne. In that sense, I think Lizabeth Scott knew she had a limited shelf life.

Scott Holleran: Did the smearing in Confidential help push her out of Hollywood?

Robert Osborne: I don’t think so. It was nasty. Of course, everyone believed it but, because she ran with a tony group of people, I don’t think it affected her. She was better known for being Hal Wallis’ girlfriend, which was never confirmed. But it got to the point where nothing that Confidential [the publication that printed the smear against Lizabeth Scott] published was believed.

Scott Holleran: Is she a wronged woman?

Robert Osborne: Is she wronged? [Pauses] She was certainly damaged by rumors.

Scott Holleran: Was there an out of court settlement?

Robert Osborne: I don’t know. You do bring up an interesting point. She was very chic and she had a lot of money. I had a feeling that her motivation [to act] had more to do with money than with the satisfaction of acting. You might say that Sally Field had to be an actress. With Lizabeth Scott, I think that having a nice bank account and living well was important to her. She knew it wouldn’t go on forever and she was smart enough to make as much money as she could while she could.

Scott Holleran: What are Miss Scott’s three most essential pictures for one who’s never seen her?

Robert Osborne: Dead Reckoning, which shows that she could hold her own with big name stars. Certainly, You Came Along. And I think that I Walk Alone (1948, with Burt Lancaster) is a terrific movie. She’s also very good in The Company She Keeps, with Jane Greer, which is about these two women—a woman who goes to prison and a parole officer—and you kinda think Lizabeth Scott would play the ex-convict and Jane Greer the parole officer but it’s the other way around. But I would say those first three.

Scott Holleran: Is it fair to describe her as a film noir actress? 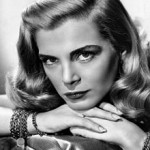 Robert Osborne: I think so, because film noir is so loved—it’s probably the most loved genre of movies—it kind of describes her properly. She’s so adorable in Loving You (1957) with Elvis Presley and other things. I don’t think Lizabeth Scott felt like she had to be an actress. But she was certainly qualified to do so much more.

My Thoughts on Lizabeth Scott

Movie Review: Too Late for Tears with Lizabeth Scott

Buy You Came Along