Richard Hatch has died of pancreatic cancer. The actor, who played Captain Apollo on ABC’s Battlestar Galactica, was 71 years old. We met twice; once in St. Charles, Illinois, where, as a boy, he taught me a lesson in benevolence. The second time was over 35 years later at a cafe in Studio City, California, where we talked about the science fiction series Battlestar Galactica, which was being discussed for a possible revival at Universal Studios (the interview is unpublished). 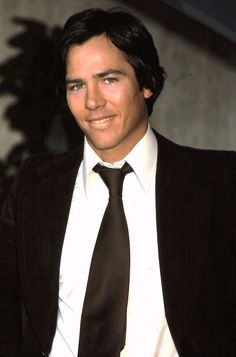 As a kid, I had been a fan of his work as a policeman on the ABC crime drama The Streets of San Francisco. Later, in the spring of 1977, when I found out Hatch was staying at the same resort where I was visiting with my family on spring break, I found him and asked for an autograph. Meeting an actor playing a dynamic young cop appealed to this suburban kid in the 1970s. I remember 1977 as strangely subdued yet also conflicted and turbulent. Nightly news was dominated by war, terrorism, domestic and foreign, hijackings, riots and constant dissent and debate over politics. So, I was drawn to cop shows. The Streets of San Francisco like Kojak, Hawaii Five-O and Dragnet depicted the pursuit of justice as noble and important. They depicted a world in which peace was possible. Detectives proceeded to solve crime through investigation based on facts and going by reason. They were men of action. When Richard Hatch looked at me, listened and said Yes before signing his name, it affirmed more than my hero worship; his relaxed, amicable and accommodating manner showed me a certain kindness. I always remembered that he responded to my request with a quality more enduring than mere charm. He treated me as though asking for an autograph is the most natural thing in the world. I’ve had a number of formative encounters with VIPs—movie stars, sports champs, future presidents—that contributed to my ability to communicate with influencers. My childhood brush with Richard Hatch is one of the first.

I still have the autograph. When I interviewed him by phone in 2012, an extensive interview which covers the whole range of his career and is being quoted and cited in his obituaries, including the Hollywood Reporter‘s, I recounted the 1977 meeting and thanked him once again. He was still kind, if more seasoned and cautious, which I think is evident in the exchange. He was candid, too, and one of the things we discussed were his “abusive stepfathers” which added to my appreciation. When we met again—this time, as writer and actor, neither as a household name—he was indefatigable. And now I know that this is how I will remember him. To have been an actor, earned a livelihood and kept himself both whole and real, neither becoming beaten down nor neurotic and inflated, is an accomplishment. Richard Hatch, who remains known and beloved for single first, last and lone seasons of top programs as well as for touching countless lives including mine with his bright, positive attitude, was beautiful inside and out.

Read my interview with Richard Hatch (2012)