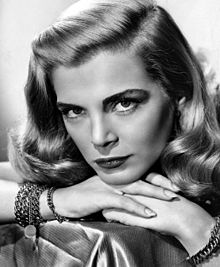 Recently, I talked with author, podcaster and Hollywood historian Leonard Maltin (whom I interviewed about the new and final edition of his annual movie guide last year) about the late actress Lizabeth Scott, who died on Jan. 31.

This is an edited transcript of our short interview.

Leonard Maltin: I met her twice, ever so briefly. Many years ago, we met at a reception honoring Hal Wallis—Bette Davis and Earl Holliman were there—and then again at the Golden Boot awards years later.

Scott Holleran: What do you think of her?

Leonard Maltin: On screen for me she defined the word sultry, which I realize brings me nearly into cliché territory, and most recently I saw the Film Noir Foundation’s restoration of Too Late for Tears (1949). I think I’ve underrated the film in the movie guide—she was good. Whether she had more range than we realize or she was perfectly suited to those femme fatale roles we’ll never know. But she certainly filled them very well.

Scott Holleran: Is she a good actress?

Leonard Maltin: Yes, I think so.

Leonard Maltin: Dead Reckoning because it’s one of her more significant films. It teamed her with Bogart at the peak of his career and it’s a good movie. Then I would add Too Late for Tears because I think it is a prototypical film noir with a great part for her because she’s so persuasive as the femme fatale, and I suppose Pitfall (1948).

Scott Holleran: What’s at the root of her cinematic appeal?

Leonard Maltin: She had a unique look—her looks were unusual. They were not conventional Hollywood looks and she had a certain bearing and attitude that seemed particularly suited to that film noir genre. She didn’t look like a sunny ingénue. So she’s always convincing.

Scott Holleran: Is it fair to describe Lizabeth Scott as a film noir actress?

Leonard Maltin: I don’t think it’s unfair because that’s what we really remember her for—but it is limiting because it implies that that’s all she could do.

My Thoughts on Lizabeth Scott

Interview: Leonard Maltin on Movies and the Last Movie Guide (2014) 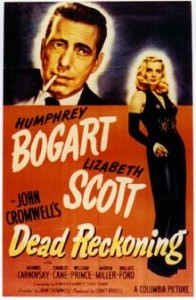 Buy Too Late for Tears