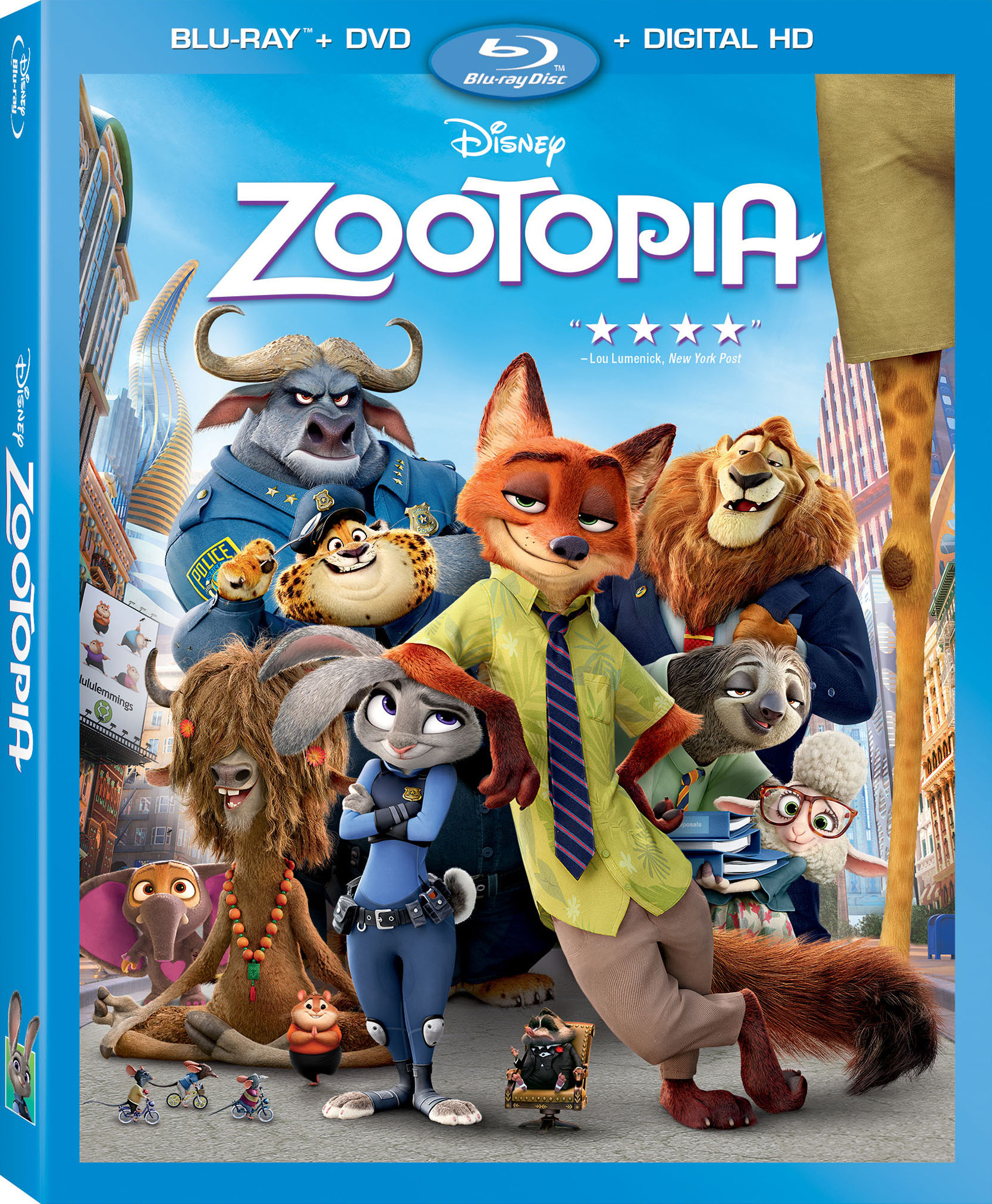 If you want to know why Walt Disney Animation Studios’ Zootopia (read my review here) delighted audiences and broke worldwide box office records, earning over $900 million, watch it on home video and see at least some of the bonus material. The Blu-ray edition shows how much thought, artistry and hard work were expended to make one of the most enjoyable movies this year. 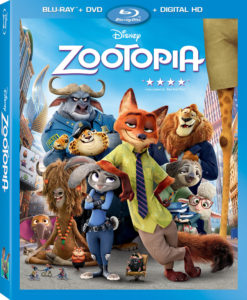 Available today on Digital HD, Blu-ray, Disney Movies Anywhere, DVD and on demand, Zootopia in these various incarnations includes an alternate opening, deleted characters and scenes and some clever, interesting tidbits. On the Blu-ray disc I reviewed, the most informative parts are what Disney calls a series of 10-minute “roundtables” (they’re not really) introduced by Ginnifer Goodwin, who voiced the lead character Judy Hopp. One of the interesting disclosures here is that her character wasn’t always the lead.

In fact, the creators originally had Jason Bateman’s fox character as the lead in a whole other plot involving a jaded, dystopian world with electronic animal collars. Well into production, studio screenings—this is one of those movies in which the movie studio apparently improved the final cut—apparently demonstrated that the cynicism drained the motion picture and Goodwin’s rabbit wannabe cop took the lead. The differences are discussed, explored and shown in several spots on the extras, including a humorous deleted alternate scene in the elephant-run ice cream shop.

Another piece shows hidden Mickey Mouse and other Disney characters, icons and designs. Frozen pops up in the ice cream shop, too, though these really amount to Disney plugs. Still, the extras are not as thin and wispy as they usually are and behind the scenes features are more relaxed, less formal and more open to scrutiny, too. The creators reveal a consistency error in the train scene that runs through Tundratown, for instance.

Viewers learn about complexities in creating an all-animal world, including making characters’ fur and clothing, the logic and impetus for Tundratown, Sahara Square and the Rainforest District and old-fashioned field research conducted—and, I suspect, doubling for water drinking scenes in The Jungle Book, too—in Africa. It’s there that filmmakers traveled to gain knowledge for Zootopia‘s variety of distinctive animal characters. Of course, they also visited Disney’s Animal Kingdom theme park in Orlando, Florida, but the African savanna trip proved useful for developing Zootopia looks, behaviors and plot points.

A piece on the score features Academy Award®-winning composer Michael Giacchino demonstrating how percussionists added to the movie. Directors Byron Howard (Tangled) and Rich Moore (Wreck-It Ralph, The Simpsons) introduce bits with dry humor. One clip involves Bateman’s fox character, Nick, pitching his start-up idea to Zootopia’s bankers for funding his money-making vision of an amusement park made exclusively for predators. Maybe a sequel if there is one (who am I kidding?) will explore Nick’s entrepreneurial spirit and mark a Disney Animation Studios return to portraying capitalism as a positive for the first time since The Princess and the Frog.

Shakira’s can-do-themed single “Try Everything”, which accompanies the end credits, too, is included as a stand-alone pop music video. Unfortunately, Bateman and other cast members, are not. I would have liked to have seen and heard from Idris Elba (Thor, BBC’s Luther) on voicing Chief Bogo, Jenny Slate’s thoughts on her character, Bellwether, Nate Torrence doing Clawhauser, Bonnie Hunt and Don Lake as the parents, J.K. Simmons (Oscar® winner for Whiplash) as Mayor Lionheart and Octavia Spencer (Black or White, Oscar® winner for The Help) as Mrs. Otterton. I would have liked to hear from the story writers, too, on the plot twist, which is part of what makes Zootopia unique, and I do wonder what artists were planning to do with one of the deleted characters, Zootopia’s female pig mayor.