This will always be the week I met Joe Camp, who created Benji. That 1974 independent movie was a creative and commercial success, like last year’s marvelous The Greatest Showman, stunning detractors who rejected it for its virtues. Audiences loved Benji. They loved the scrappy mutt movie so much that a major movie series was born, making more cute dog movies, enjoyment and money. Today, Netflix debuts a remake of Joe Camp’s original Benji (read my thoughts on the new Benji here). 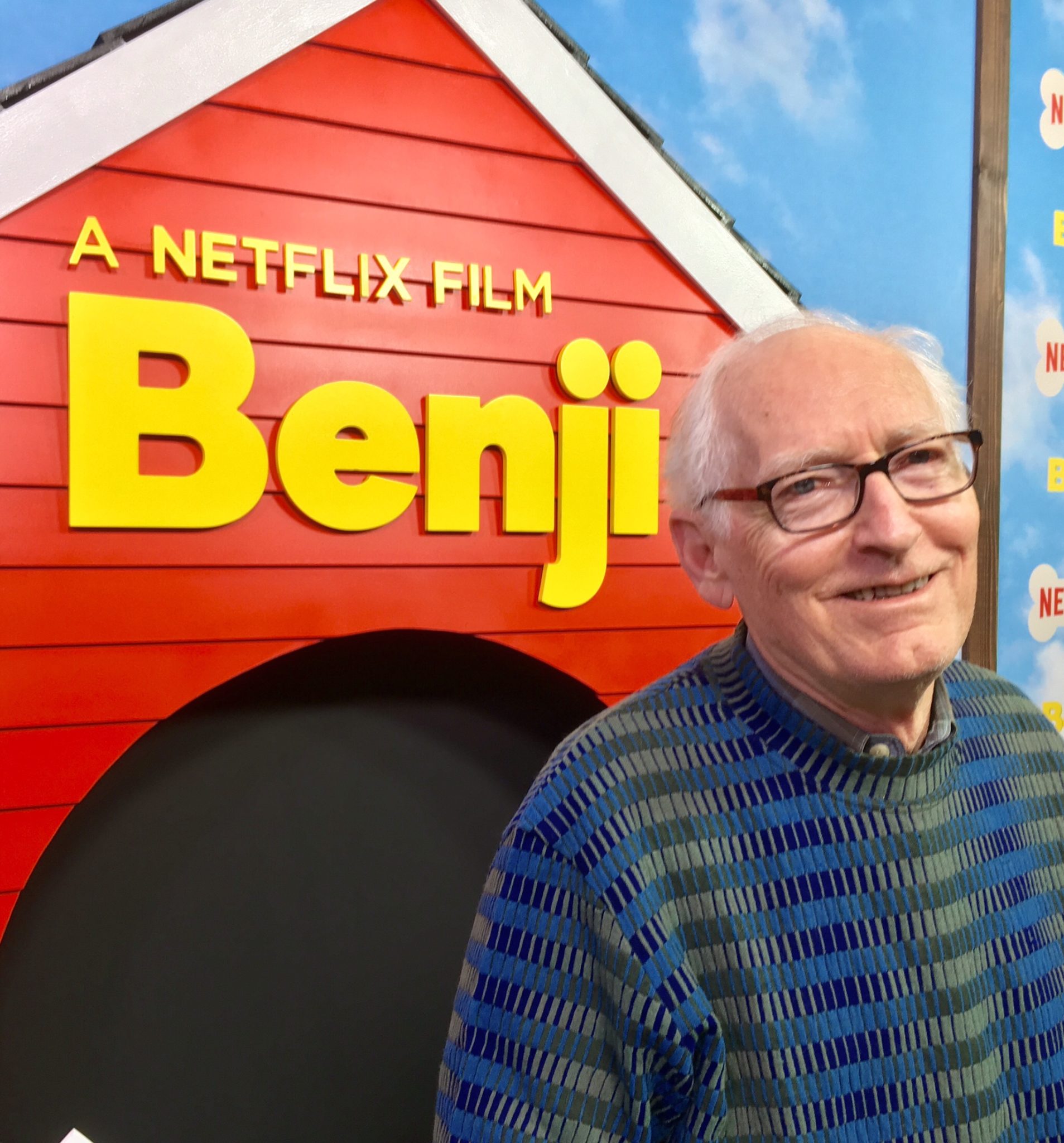 Camp, whom I interviewed years ago when Bambi debuted on DVD, continues to indulge in his love for animals at his home in Tennessee. With his wife, Kathleen, who helped him formulate a new philosophy of horsemanship which became the basis for his book The Soul of a Horse, he took a trip to Hollywood to attend Netflix’s premiere of Benji with his filmmaker son, Brandon Camp (Love Happens), who co-wrote and directed the new Benji. We met for the first time.

Camp’s is a terrific, true Hollywood story. When major studios rejected his wholesome pitch for a movie about a mutt who brings joy to children, he went and made the movie himself, casting The Big Valley‘s Peter Breck as a single father (the new version involves a single mother) and reaping Benji‘s profit. Producer Jason Blum (Get Out, Whiplash), who also attended this week’s Benji premiere, teamed with Brandon Camp and Netflix to bring the dog movie back. Netflix bills today’s remake, which screened at the “paw-miere”, as a family feature film.

The new Benji, who goes in life by the name Benji, also debuted at the premiere. Brandon Camp, a talented director who recreates the onscreen dog cuteness and poignancy, walked Benji down the “paw-miere”‘s green lawn. When a Netflix promotional photographer asked them to stop for a photo opportunity, Brandon situated Benji, who mugged, barked and posed for the camera while Brandon answered questions — while his dad, Joe Camp, praised his son’s work and stilled Benji to near perfection like a master dog whisperer.

It takes effort and skill to work dogs and kids thoughtfully into film with stories that entertain. Lasse Hallstrom’s recent A Dog’s Purpose was a marvelous movie in this regard and, overall, I was impressed by the new Benji and look forward to more movies with the adorable pooch. Most of all, though, I admire Joe Camp for his independence, confidence and single-mindedness in making a movie which inspires audiences of all ages, instilling wonder, laughter and joy in today’s culture. He’s as frisky, resourceful and upbeat as ever and he’s never gone Hollywood if that means selling out. May the same go for Benji and dog movies to come.