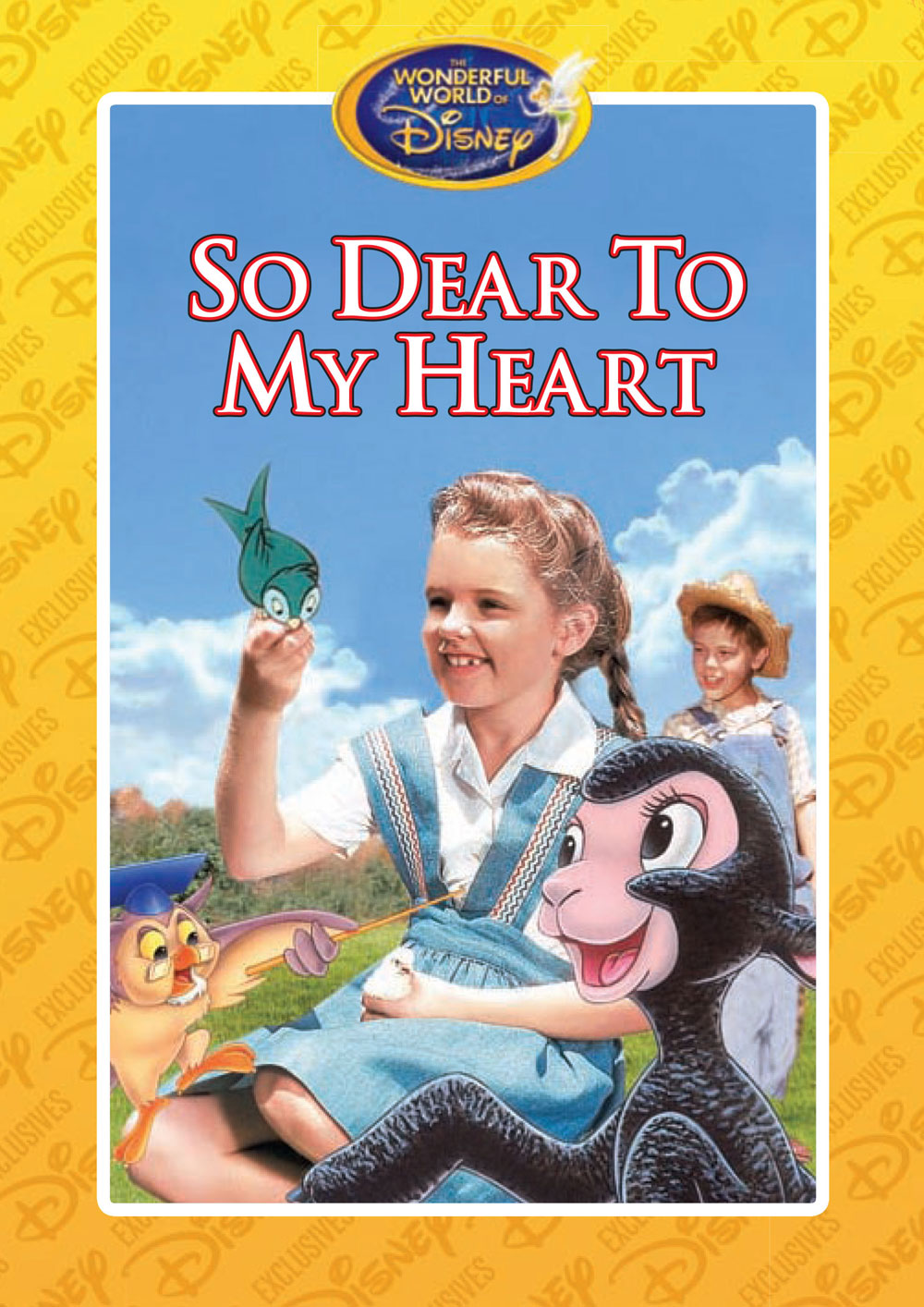 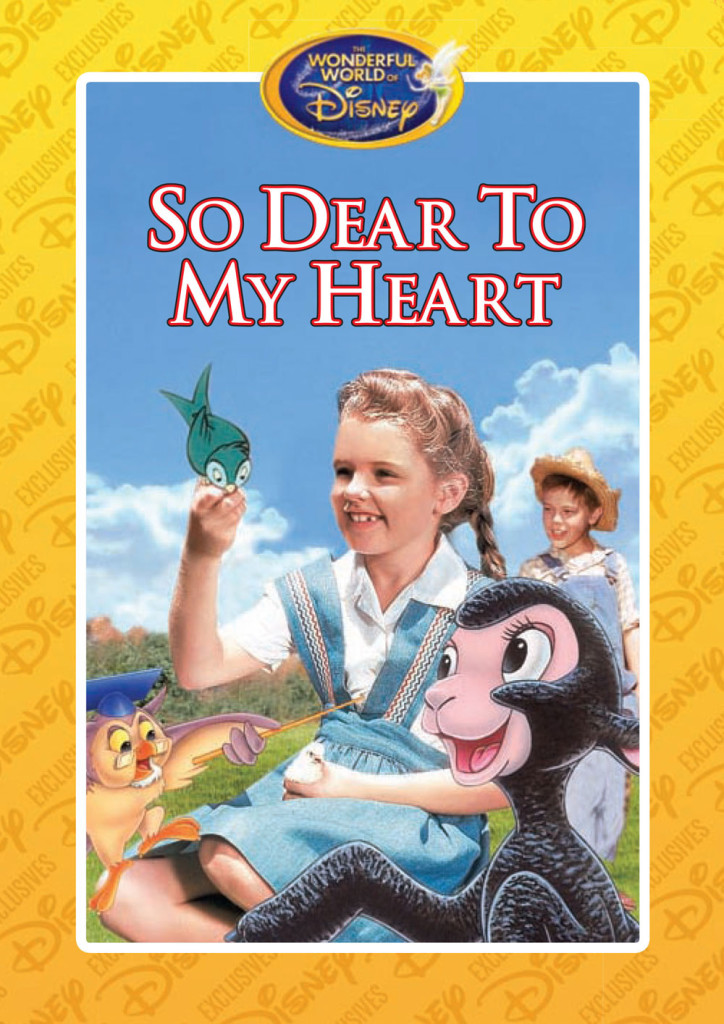 Screened at the TCM Classic Film Festival 2015, one of Walt Disney’s most personal films, So Dear to My Heart, introduced by film and Disney historian Leonard Maltin, is utterly charming.

The movie includes live action and a few brilliant scenes in poetically themed animation that align with and serve to enhance this wistful tale of a boy and his pet black sheep. Maltin explained that Walt Disney, who was born in Chicago and grew up on a farm in the Midwest, was inspired by the excellent My Friend Flicka (1943) to hire that picture’s director, Harold D. Schuster, for this heartwarming rural Indiana story’s adaptation from Sterling North’s Midnight and Jeremiah.

Disney “left him alone” to direct with Hamilton Luske and recreate Jeremiah’s (Bobby Driscoll) imaginative tale. Prepare for storytelling at a leisurely pace, when children were neither depicted as neurotic miniature adults nor as babbling dolts. The boy is the film’s focus, with his grandmother (Beulah Bondi as a hardened old farmwoman) and uncle (Burl Ives, as spot on as he is in every performance, never better and without the facial hair) busy working and giving the boy, known as Jerry, guidance and love. The girl pal is in the story, too, though she barely registers and hardly merits the DVD’s cover.

So Dear to My Heart is, like Wilson Rawls’ Where the Red Fern Grows, very much a boy’s pet/coming of age story. The black sheep is born and rejected by the mother, so it’s immediately the subject of Jerry’s affection as he doesn’t have a mother, either. But his love for this animal begins with a bit of hero worship when he spots a world-famous race horse, Dan Patch, that stops in town on a rail car. How his uncle responds to the child’s amazement is itself a moment to cherish and every little detail about So Dear to My Heart lives up to the title’s sentimentality like that. The movie takes its time.

It wins you over. After the uncle (Ives) teaches the boy by example about trading and caring for one’s values, Jerry does his best to raise the wild, wayward beast, which is as fiercely independent as Jerry. Grandmother is a stoic old woman and she objects to every idea Jerry has about the lamb. But he’s a boy of the mind and bucks his grandmother’s stubborn opposition. Part of the conflict stems from the farm as a matriarchy and Jerry ditches tradition and dares to challenge her rules. Of course, he makes mistakes and the black sheep gets into all kinds of trouble and there’s heartbreak, too, but nothing a Disney movie in the studio’s earliest years doesn’t handle. Amid the tension of life on a family farm, granny dances with Uncle Hiram, who cleverly plays on her pride to weaken her ban on attending the county fair, which she sees as frivolous and exceeding the family budget.

“The greatest wealth a man acquires is the wisdom he gains from living,” comes one of the delightful cartoon sequences’ lessons, and Jerry gets his due in his dealings, especially a lesson in earning reward for achievement. One of the best parts of this simple, mid-American tale is its unadorned respect for hard, true work and the worldly, manly recognition for one’s achievement. The man who trades is depicted as heroic and the boy who thinks for himself gains from the effort. With animated scenes that include an outdated homage to Christopher Columbus—rhyming Spain with the fact that he “showed capacity for using his brain”—and an unfiltered reverence for “things of this world” against the Judeo-Christian grandmother’s stern admonishment, which is thoroughly, happily discredited and repudiated, that the boy spends too much time “thinking about [himself]”, So Dear to My Heart admiringly captures the summer of 1903 in the American Midwest.

That it does so with cheerful songs, animation and joyfulness—and one unforgettable lesson in trusting one’s judgment in order to make money—makes So Dear to My Heart an excellent motion picture and underrated early Disney studios classic. The movie’s Oscar-nominated song “Lavender Blue,” the first hit single for Burl Ives, is also made more melodic and featured in Disney’s recent masterpiece by Kenneth Branagh, Cinderella. The movie’s railroad station apparently served as the model for Disneyland’s Frontierland train station, too.