“For a monthly price of $6.99 or an annual rate of $69.99 in the U.S. (pricing varies outside U.S.), Disney+ offers viewers of all ages a compelling price-to-value proposition”, Disney’s press release announced this week. The streaming service, which promises “commercial-free viewing, up to four concurrent streams, and unlimited downloads with no upcharges,” debuts on November 12. The app claims to feature: 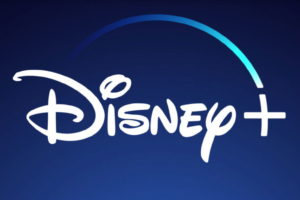 But proceed with caution. For example, beware of Disney’s original programming, which includes several Avengers-related series, which cumulatively sound as enticing as another season of The Simpsons. The legendary studio’s also touting something that sounds designed for diversity and inclusion, which is a euphemism for sameness and exclusion of anything that diverges from the status quo, called Diary of a Female President. And coming soon is a slew of new Star Wars series, including 12 new episodes of an ongoing series from Kathleen Kennedy, Star Wars: The Clone Wars, the animated, Emmy® award-winning series which I’ve never seen (a movie of the same name was middling), streaming on Disney+ in February 2020.

In fact, Kennedy introduced a Disney fan expo audience to what’s being advertised as “the second Lucasfilm live-action series for Disney+, now in development,” based on the mediocre Rogue One: A Star Wars Story. Besides this less-than-thrilling announcement, there’s a new Disney Lucasfilm series dubbed The Mandalorian, “set after the fall of the Empire”, supposedly tracing the trail of “a lone gunfighter in the outer reaches of the galaxy”. I could be wrong but the Star Wars content, which gets worse with each new release, looks flat and dull.

Now that the Burbank studio’s bought 20th Century Fox, and with its distinguished history, Disney ought to tout its vast backlog because the newest offerings, such as Dumbo and Aladdin, are either awful or mediocre. Is currently unlimited access to Disney’s and Fox’s archives worth paying $6.99 per month as an early price? The answer may depend on how many, if any, of the classics you already own and the quality of the studio’s original programming, which has a spotty recent track record at best. For the streaming service with the unfortunate name, which evokes Google’s failed attempt at social media, it’s buyer beware.