Years ago, I warned in multiple posts (and in this op-ed in the Washington Times) that ObamaCare is America’s health care dictatorship. Tomorrow it becomes a harsher reality, as the dictate (which is over three years old) takes fuller effect. 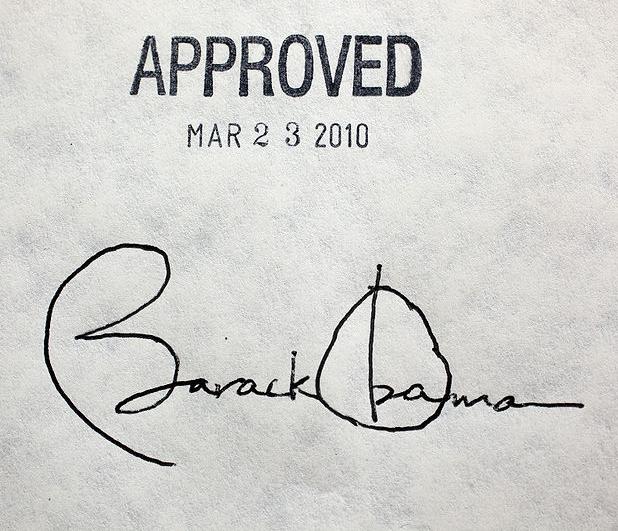 What every decent American needs to know about the law of the land is that whatever this or that provision of this arbitrary dictate, whatever the press corps says or propagandizes about ObamaCare, you have no control or choice in health insurance or medicine anymore, not if you’re a doctor, patient or policyholder.

The price, terms and treatment are under total government control. Medicine as a profession – medicine and insurance are no longer in any meaningful sense a profession, a term which implies a degree of autonomy on the part of professionals – is dead.

This is despite opposition, to the extent it is opposition, from religious conservatives including Texas Sen. Ted Cruz, who tried to stop ObamaCare to his credit. Cruz now rails against “extremism” and “absolutism” in his attacks on ObamaCare, even after he read from an absolutist book such as Atlas Shrugged, which I don’t think he understands, during what amounts to his ineffective 21-hour standoff. There is no real, principled opposition to totalitarianism among politicians in America. Nor is there principled opposition in the right-wing press. For example, Fox News host Greg Gutfeld, who also supports government-sponsored spying on Americans, compared Obama to Leonardo Da Vinci and ObamaCare to the Mona Lisa in his latest asinine comedy comments on The Five. No one other than a few voices for reason opposes the moral premise of the dictate – altruism – on principle and too many of those who do are too busy looking for leaders among politicians such as Ted Cruz who send mixed messages and accomplish nothing.

Tomorrow, ObamaCare begins amid what may turn out to be a partial Big Government shutdown. ObamaCare is not the end of the world and it’s a mistake to treat it like it is. But it is the end of free choice in medicine. This historic dictate, as I’ve warned many times, is a death blow to individual liberty in health care and ObamaCare is a gigantic step toward dictatorship of every American’s life.

It’s happened and it’s here, in a fuller sense, come tomorrow. All the posturing, grandstanding and maneuvering on policy points is not going to stop fascism. If you hate the dictate and decide that ObamaCare is bad, wrong and has got to go, your only choice is to oppose it on moral grounds, admit that health care is not a right – and insist that free choice in medicine is – and speak up, write and elect those who accept that idea and nothing less … or be prepared to scream for your life – and your child’s or grandfather’s life – in a new, American dictatorship. When the reality hits you – and it will – brace yourself and remember that tomorrow’s bureaucrats were made not born and that the best in what was once medicine will shrug, quit and leave.

You will hear that the dictate is helping others and that this is the law of the land and you will hear it many times. When you do, ask yourself if it’s helping you and if so at whose expense and by what right. Remember, too, that slavery was once the law of the land. The Orwellian named ObamaCare robs everyone of money, choice and life. Tomorrow, the law morphs medicine into slavery.