Ideas: How to Exit ObamaCare

Today, the United States Senate, led by Senate Majority Leader Mitch McConnell, Republican of Kentucky, and John McCain, an Arizona Republican who unfortunately was recently diagnosed with brain cancer, approved a procedure to begin debate on legislation which may or may not repeal ObamaCare. 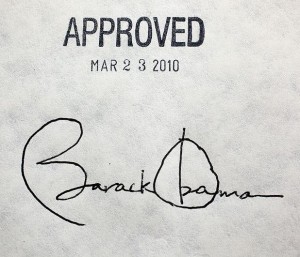 Much has been made by pundits about the process and politics. Too little has been discussed about the ideas and details, as was the case with ObamaCare, legally known as the Patient Protection and Affordable Care Act, and almost every major law controlling the medical profession in my lifetime. Having been an intellectual activist for freedom of choice in medicine since I lived in Chicago, I am fed up with politicians and bureaucrats controlling my health care. I’ve been advocating for individual rights and capitalism for decades, with some degree of success, though clearly not with any fundamental victory.

I am discouraged by opponents of government-controlled health care in major free market policy circles, who have failed to stop the government takeover of medicine despite relatively consistent support, growth and advancement of free market ideals in the culture. In fact, ObamaCare is based on a conservative group’s policy proposals, which I know first-hand. I also know that, with an opportunity to repeal what I regard as the worst legislation in my lifetime, not a single pro-capitalism organization proposed and advanced a serious policy to help wipe out ObamaCare, let alone a step-by-step plan that Congress could adopt to end this monstrous law.

Though I am a writer, not a health policy scholar, I’ve taken the liberty of making my own proposal to abolish ObamaCare and promote a rational health care policy alternative to government intervention in — and control of — medicine. This essay includes specific steps, including ideas for action to educate the public about capitalism and ad hoc ideas for fostering charity and holding altruists to account for their morality. I call the commentary Seven Steps to Cure ObamaCare. I know there are pro-individual rights policy analysts more qualified than myself to propose ways and means to eradicate ObamaCare. I welcome feedback on what I intend to be a policy discourse catalyst to end this terrible law. So, it is my aim to end to the widespread damage, pain and suffering I know ObamaCare causes.