The Undoing of Sony’s ‘The Interview’ 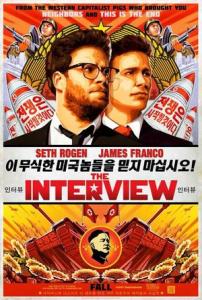 Sony Pictures Entertainment’s decision to withdraw its movie, The Interview, from its scheduled release next week, is not an example of compromise, cowardice or caving in. The company, which is being sued by its own employees in a class-action lawsuit and attacked by hackers sponsored by Communist North Korea, according to the U.S. government, is the victim of an attack and it has its reasons. Sony is a for-profit enterprise and this is a business decision. No one but Sony’s executives knows what its principals know and there may be good or bad reasons for its choice to pull the movie from distribution but that choice is Sony’s to make. This unprecedented derailment of a major product launch under threat of attack is caused by those who initiated the technological attack and subsequent threat of physical violence.

The responsibility for defending against such an attack and threat lies primarily with the United States government. As Objectivist scholar Onkar Ghate wrote in 2006 about an Islamic terrorist attack over cartoons, the American government should protect individual rights, including the exercise of freedom of speech, “no matter who screams offense”. Beginning in earnest with the first President Bush, who refused to defend Americans and U.S. bookstores against Islamic Iran’s threat to murder writer Salman Rushdie over a book he authored, and continuing through the dreadful Obama presidency, which tried to censor CNN, the United States blames, opposes and suppresses free speech. An administration that deliberately, wrongly and systematically blames a motion picture for a terrorist attack, as Obama’s team did over the September 11 attack at Benghazi, can and should be expected to be hostile to a movie that mocks a foreign leader. Sony is not the police and should not be blamed for pulling the movie; making movies and money without the presumption of police protection and military defense is tantamount to self-destruction. Sony had no reason to believe the U.S. would defend itself and American movies, theaters and lives (the administration said and did practically nothing to defend Sony against this attack). Sony has every reason to conclude that the opposite is true.

The content of the movie, as with a book or any other expression of the freedom of speech under assault, is not the issue, though certain lowlifes in the press, such as Variety, the Los Angeles Times and Fox News, sanctioned the attack with their sensationalistic and despicable reports disclosing the stolen property. When an attack occurs, all discussion of content must end and freedom-loving people should rally around the right of the speaker to speak. Charlie Chaplin made – and his United Artists distributed – The Great Dictator decades ago, mocking a fascist dictator in plain sight and with much notice. But that was when Americans at least superficially supported the First Amendment and recoiled from being ordered to submit to force and tyranny. Instead, today, many Americans mock the First Amendment. They recoil from the making of the movie or shrug in compliant acceptance of the status quo and lockdown as the ‘new normal’. They submit to the TSA. They are willing to go along with constant, unchecked surveillance by the NSA. Under such conditions, what happened to The Interview will almost certainly happen again. Like Humphrey Bogart’s character Rick in another movie that might never have been made, Casablanca, Americans face an imminent moral choice to sanction the self-destruction or speak up and demand that their government protect and defend individual rights.