The newest cluster of mass shootings finally shows a ray of light. I’ve stopped writing about these premeditated acts of mass murder with my summer of 2017 post about what I call the hush of Charlottesville. I think the status quo on mass shootings is wrong and the level and quality of discourse is low to none and getting worse fast.

Nevertheless, when FBI agent Christopher Combs described the Odessa, Texas, shooter, Seth Ator, as one who’d reached out to police in advance of his attack and rambled about his “perceived life’s tragedies” adding that the 36-year-old “was on a long spiral of going down”, I saw a spark of intelligence in the currently prevalent approach to mass American murder.

“[The mass murderer] was on a long spiral of going down,” the FBI agent had said. It’s a crucial statement. His judgment bears repeating, thinking about and contemplating, even examining. Combs went on about Ator’s act of evil: “He didn’t wake up Saturday morning and go into his company and then it happened. He went to that company in trouble and had probably been in trouble for a while.”

As someone who has conducted a kind of cultural study of these mass murders since a mentally disturbed woman went on a shooting rampage on Chicago’s North Shore in the late 1980s, after having been in and out of mental health institutions and the judiciary for crimes against her husband for decades, with the complicity of many in the health care and judicial systems but especially her parents, I’ve come to the conclusion that the predominant voices on mass shootings are fundamentally wrong. With the current atmosphere so highly charged, it’s nearly impossible to have a reasonable discussion of these events.

Combs makes progress, however, by emphasizing — really stressing — the shooter’s death spiral. The policeman is, as America’s president has been trying to do, shifting the focus from residual or secondary issues such as access to guns, safety precautions, etc., to more fundamental issues such as mental health. In the case in Chicagoland, the murderess Laurie Dann could have been prevented from slaughtering and maiming the innocent including her children victims had her parents and others held Dann to account for her mental illness, crime and wrongdoing. Policeman Combs is saying the same thing about the Odessa, Texas, killer.

In fact, nearly every act of mass American murder in recent years, from the Islamic terrorists who gunned down gays in Orlando and athletes in Boston to the gambler who gunned down concert-goers in Las Vegas, sent multiple messages in advance of each siege. In some cases, such as the Boston and Orlando jihadist assaults, police had been warned in advance by the family or intelligence. In others, such as the Las Vegas massacre, women knew something was wrong in advance. But in each case, clear signs of evil, mental distress or impending breakdown were demonstrated, often in repetition. Yet warnings and signs went ignored, denied or evaded.

Why? I’ll leave that to historians and scholars. It’s clear to me, however, that the nation’s in a mass delusion about the philosophical rot eroding us from within, which is why the FBI agent’s comment is somewhat encouraging in today’s context. Few are able or want to acknowledge the reality that bad ideas, such as altruism, also collectivism, are accepted and practiced with consistency in these murderous attacks. These are at least contributing causal factors in most of these mass shootings. It’s not just white men doing the killing. From the Beltway sniper and his partner in crime at the turn of the century to foreigners, women such as Dann, Susan Smith and lesbians driving off cliffs with their children, among others in Santa Barbara and Virginia Tech, the rot spreads and claims countless lives. No one should be shocked to find that those who accept our era’s basic thesis that selfishness is a vice practice this rotten ideal.

Will Americans ever learn that those trained to seek to annihilate themselves are more likely to annihilate others? The ethics of selflessness breeds mass death, damage and disability.

As Fred Rogers once said:

“Part of the problem with the word ‘disabilities’ is that it immediately suggests an inability to see or hear or walk or do other things that many of us take for granted. But what of people who can’t feel? Or talk about their feelings? Or manage their feelings in constructive ways? What of people who aren’t able to form close and strong relationships? And people who cannot find fulfillment in their lives, or those who have lost hope, who live in disappointment and bitterness and find in life no joy, no love? These, it seems to me, are the real disabilities.”

For all their professions of civility, compassion, nuance, intelligence and decency, those who consider themselves to be liberal in my experience are often the most damaged, deficient and disabled in this regard. Again, what the FBI agent says about the spiraling down of the man who shot police and civilians in Texas is that he needed help for himself, cried out and sought help to some extent and ended up going down without help. People should pay more attention to the disaffected, the dejected, the maligned — anyone who’s being ridiculed, persecuted and confused by living in the divisive, strident, hostile society America has become. Especially, though not exclusively, the white male.

Twenty years ago, I wrote an op-ed for newspapers arguing that so-called hate crime legislation pushed by religious conservatives and leftists alike would lead to total suppression of speech, more hatred and total contempt and disregard for thought, as such, as a crime. Read my essay, reprinted in publications such as the Los Angeles Daily News, Philadelphia Inquirer, Pittsburgh Post-Gazette, Casper Star-Tribune and San Francisco Chronicle, here. 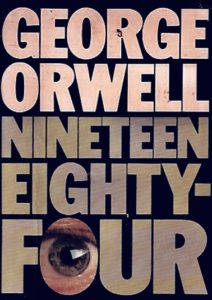 Hate crimes became law anyway and, sadly, my forecast became reality. Hate crimes, which are tantamount to thought crimes, evoking Orwell’s dystopian literature, led to the asinine, anti-conceptual term hate speech, which poisons American society with suppression of thought, ideas and civil discourse. With now-daily mass murder coupled with calls for total government control of speech, media, guns, medicine and life, as the troubled individual about whom the FBI’s Christopher Combs spoke sacrifices himself as instructed, each American should challenge and reject the idea that hatred is bad, wrong and toxic.

After 20 years of nonstop, incessant preaching against hate, as such, distorting a perfectly legitimate emotion by extrapolating it universally as inherently and always wrong, bad and evil, the nation is utterly consumed by Americans’ hatred of one another. The hatred manifests in mass death as lonely, troubled people lash out against anyone who seems responsible for the nation’s or their real or perceived downward spiral.

The Second Amendment of the U.S. Constitution does not preclude steps toward laws governing guns, as Trump and some in Congress support.

But America’s epidemic of daily mass murder can only be causally mitigated by listening, not sniveling, to others. The snide, hostile, vitriolic quips, memes and digs substituting for discourse destroy one’s ability to project a better, happier future. Every time a leftist, an anarchist or a conservative hurls invective, the otherwise decent human is dehumanized, demoralized and more susceptible to bad ideals, especially self-abnegation as an alleviating solution to his — or her — pain, suffering and agony.

This is compounded by the confusion, experienced as causeless among generations taught not to think but instead to go scoreless, refuse to judge and instead prattle slogans to reduce, conserve and recycle or just blank out, feel, gaze at one’s navel and go toward God, “the light” and whatever rave, idiotic video challenge or drug-induced mania is trending. Self-denial and confusion are a volatile mix for mass death.

The solution? Listening, really listening, and speaking in turn but with civility, strength, purpose, benevolence and, above all, rationality. This means knowing, understanding and loving the First, before the Second, Amendment. And this means hating — really having contempt for — those who seek to wipe it out and replace it with government control.