The proper word for today’s news is appalling.

This is the word used by conservative columnist Thomas Sowell, who endorsed Sen. Ted Cruz for president with qualifications, to describe the prospect of a presidential election between Hillary Clinton and Donald Trump. Sowell writes that these two disgraceful candidates “are not merely inadequate but appalling.”

Warning that the nation is on a “ruinous road to a point of no return”, he points out that:

The trends that brought us to this crucial day go back for years. But whatever the paths that led to this crossroads, we are in fact at a crossroads and our future, and our children’s futures, depend on whether we can come up with some presidential candidate better than either Hillary Clinton or Donald Trump. In other times and in other conditions, one bad president could not ruin a great nation. We survived Jimmy Carter and we may survive Barack Obama, but there is no guarantee that we can survive an unlimited amount of reckless decisions in a dangerous world. The dangers are both internal and external. Two of our bitterest enemies—Iran and North Korea—are openly declaring their desire to destroy us. And both are developing intercontinental missiles that can carry nuclear warheads.” 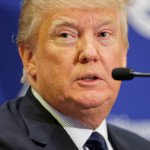 Yet, in an apparently sweeping approval of the two parties’ frontrunners, majorities of voters in most states with today’s primaries—in Missouri, North Carolina, Illinois, Florida and Ohio—Clinton and Trump won (Ohio Gov. John Kasich, an altruistic advocate for the welfare state, bolstered by Democrats crossing over to vote for him, won in his home state). Sowell’s column (read it here) forecast today’s disastrous results and, toward the end, he calls for supporting Cruz as the only real alternative to this increasingly likely and unacceptable contest between two shrill, cackling power-lusters who seek total government control of people’s lives. Leonard Peikoff, in a recent episode of his podcast (listen to it here), said that he thinks America is in fast decline and, given the presidential campaign thus far including today’s election results, I agree.

This year’s election looks like an oncoming catastrophe for the nation based on individual rights. I’ve been observing, reporting and writing about the nation’s downward spiral for years and now that the rate of acceleration downward is apparent to everyone, it is worse than I could have imagined. Sowell is right that these two candidates are appalling. Unfortunately, most appalled Americans may be making matters worse—some, if not most, I suspect, without knowing it. 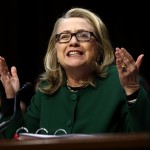 Knowing better could stop the coming disaster. On a fundamental level, this must happen through philosophical change achieved through education. But in the few months remaining before the national political conventions, especially the Republican National Convention in July in Cleveland, Ohio, and between now and Election Day, those who know why Clinton and Trump are appalling as candidates for the presidency of this American republic should think about activism and speak out as early and as often as possible. Though time is short, the impending doom of a race between Clinton vs. Trump—an unwinnable conflict—can be stopped.

For both aspiration and inspiration, look to the words and actions of the West’s greatest business, an American computer company called Apple in Cupertino, California. Apple, as you probably know, is being persecuted by the Obama administration, which fundamentally made Trump and Clinton possible, and Apple has decided to reject granting what Ayn Rand called the sanction of the victim.

Apple is fighting back.

Invoking America’s founding fathers in a defiant appeal to reason in the nation’s judicial system (read about it here), Apple again opposed Obama’s order to violate Apple’s rights today in court by arguing that “[a]ccording to the government, short of kidnapping or breaking an express law, the courts can order private parties to do virtually anything the Justice Department and FBI can dream up.”

Apple lawyers added: “The Founders would be appalled.”