An American in Hong Kong

Truth is the recognition of reality; reason, man’s only means of knowledge, is his only standard of truth.” — Ayn Rand, Atlas Shrugged

Edward Snowden, a 29-year-old ex-CIA technician who has come forward to self-identify as the source for news reports about massive government monitoring of U.S. communications under the Bush administration’s Patriot Act, warns his fellow Americans that the state is erecting what he calls an “architecture of oppression” which will lead to turnkey operations serving a government based on tyranny. Based on what I’ve seen in this video interview and based on what is known, and despite the parts of his statements and viewpoints with which I disagree or find troubling, I trust Edward Snowden more than I trust the United States government.

As I wrote a few weeks ago in a post titled “New Left America,” the state, mired in corruption amid several recently disclosed scandals, is a vast, left-wing conspiracy that’s taking the country toward dictatorship. I must add, however, that the left-wing distinction is rapidly becoming a point of particular origin, as conservatives are rushing to defend the Obama administration’s mass surveillance of U.S. communications. Charles Krauthammer approves of indiscriminate government monitoring. So does Rep. Mike Rogers, Sen. Saxby Chambliss, Sen. Lindsey Graham and others who also support other Bush-made, Obama-enforced government programs, such as the TSA, Homeland Security and selfless military missions of mercy in Iraq and Afghanistan, none of which should exist and all of which ought to be immediately abolished. The fascist state, and that is what America is becoming, is rising based on the false premise – supported by those on the left and right alike – that we must have government control of individual rights in order to protect lives and defend the republic – or, worse in the case of the leftists, to serve the collective and, worst of all, in the case of conservatives, to serve God, tradition and family.

Mixed, leftist or conservative, they’re all wrong. Liberty is not contingent upon security – a proper national defense neither requires nor necessitates surrendering liberty – and individual rights are inalienable, as America’s founders knew and wrote when they created the United States of America. Today, we face a crucial, urgent battle between liberty and slavery. Whatever flaws in his position and in his philosophy, Edward Snowden speaks softly and strongly and righteously about what he says he knows and he is an articulate, brave spokesman for truth in this context and we have every reason to take him at his word and no reason to take the U.S. government’s word. That makes Mr. Snowden, who by all appearances is young, honest, intelligent, independent, principled and outspoken, more American than the American state. 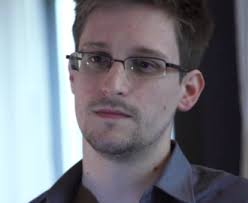 As he put it in his interview with The Guardian of Britain – a country which once ruled Americans until we broke away, declared our independence and waged an American revolution, fighting and winning a war, and creating a free republic: “I don’t see myself as a hero because what I’m doing is self-interested: I don’t want to live in a world where there’s no privacy and therefore no room for intellectual exploration and creativity.” Mr. Snowden is wrong that selfishness is not compatible with heroism – selfishness is, as Ayn Rand wrote, the highest virtue – but he’s right to blow the whistle on America’s emerging totalitarianism and he deserves every true American’s 100 percent support. Knowing that truth is the recognition of reality, as Rand wrote in Atlas Shrugged, he’s earned mine.