Nothing to Celebrate in Boston 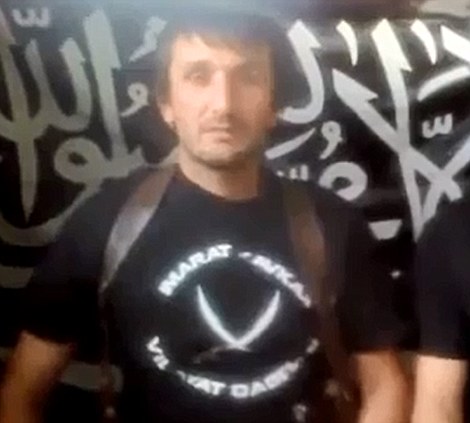 There is nothing to celebrate in Boston, despite that city’s spirited efforts at recovery since last week’s deadly jihadist terrorist attack.

What we now know, starting with the fact that the Boston bombings are, as I suspected, motivated by Islamic terrorism, a term which is arguably redundant, is that the government – on every level, local, state and federal – failed in its most fundamental responsibility to protect Boston’s citizens. At every point and in every sense, despite billions of wasted dollars expropriated from Americans to violate individual rights in the name of “homeland security”, such as the fascist TSA, police, intelligence and military did not succeed in doing their jobs. The best among them are impaired or disarmed and the Moslem terrorist attack, which killed three adults and one child, demonstrates that U.S. policy toward national defense is a disaster.

Despite numerous media reports, including CNN’s report that the dead Moslem terrorist is being investigated by the U.S. government for being the recipient of operation plans from an Islamic terrorist group, which CNN reports is linked to the dead jihadist, the government is engaged in a concerted campaign – as it was during the jihadist attack on the U.S. at Benghazi, Libya, where four Americans were assassinated – to divert public attention from the nature of what motivates the attack and minimize, deny or evade any connection to Islamic terrorism.

But even U.S. government broadcasting, National Public Radio, observed a connection, with NPR reporting on the dead jihadist: “Three women who knew [the dead terrorist] have told NPR that they saw changes in the young man around 2008 and 2009, when they say he became a more devout Muslim. As NPR’s Zwerdling reports, the women say [the dead terrorist] sought to control his girlfriend, ordering her to cover herself and convert to Islam.”

Islam is what motivates those who seek to destroy the United States and the West but you’ll never know that from government propaganda and most media reports and, as good a job as police did in catching those who murdered Martin, Lu, Krystle and Sean and maiming and wounding over 250 others, celebrating marginal success or superficial, feel-good unity to the exclusion of facts including the fact of failure to protect by the local, state and federal government is a grave error that denigrates the magnitude of evil in this act of war – whether waged by lone wolves acting on an explicit or implicit command for jihad or a couple of faith-based soldiers in a jihadist terror cell – and, by showing ignorance and projecting weakness, the “celebrating” harms and endangers the community, commonwealth and country. The reason our eyes well up at post-attack sports events pledging unity and patriotism is because we know what happened is wrong, bad and evil, which causes decent people to feel sad and shed tears.

But grief and sadness are not an excuse for evading facts and the motive for the bombing. What happened last Monday was an act of war by Islamic terrorists, lone, in tandem or sponsored. What should have been an overwhelming military offense against states that sponsor terrorism after 9/11 has been pointed inward, against ourselves, forcing us to sacrifice individual liberty for a false sense of security. We must stop celebrating when we are attacked and instead resolve to annihilate the enemy wherever they plan and fester, not breed them by letting suicide bombers shut down the eastern seaboard for days on end.

We have inverted everything meaningful in America. High-fiving “first responders” – instead of scrutinizing front liners and demanding answers and results in the war against the jihad – after an undetected act of premeditated mass murder by our enemies is the opposite of being strong; it is merely another way of accepting our impending doom.