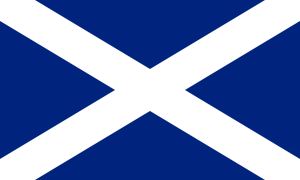 The polls are closed and it’s been reported that Scotland voters rejected a referendum to declare independence from the United Kingdom (U.K.) by a wide margin.

But those claiming victory for the U.K. may be missing the point. While the 55 percent to 45 percent margin is solid, the fact that this came to pass at all is another sign that the West is on the wane. The United Kingdom is, like the United States of America, not really united. In fact, the nation is disunited, as is America, which broke free from the U.K. in 1776 on the premise of individual rights. Though Scottish nationalism apparently drove the referendum to the voters, and I think there may be multiple factors driving Scotland toward independence, the momentum is on the side of those seeking to divide, not unite, the U.K. The same is true with the U.S.

Unity comes from a nation’s people identifying, accepting and sharing an idea or value to a certain degree, such as Americans uniting around the concept of abolishing slavery to preserve the union or creating a nation based on man’s inalienable rights or Germans uniting around the ideas of duty to the volk, collective or race and the morality of altruism, culminating in Nazi Germany. The fragmented welfare state U.K., which appeases its enemies, the Islamic terrorists and their state sponsors, unites around nothing (with the possible exception of Princess Diana following her death in 1997) and hasn’t since Margaret Thatcher left office. America, too, is divided over nearly every major political issue, and increasingly over cultural issues, though there are encouraging signs.

Still, rumblings among the public do not represent united opposition to statism and this is true in Glasgow, Aberdeen and Edinburgh, too, where, to varying degrees, factions of the public want more or less government control or merely more provincial or national control of government control. Indeed, in the aftermath of the divisive Scottish election, the government of the United Kingdom has coalesced around expanded power for Scotland over taxes and government spending.

Questions raised by the prospect of independence are likely to continue being asked and answered. The British Prime Minister David Cameron, in his victory speech, is already pledging more power for Scotland and also for England, Wales and Northern Ireland. Arguably the only real uniting around this rejection vote is among the West’s nationalists: Quebec and Catalonia are emboldened by the surprisingly rapid advancement of Scotland’s separatist cause.

This effect, of the U.K. being less united, more disunited, is what makes the Scotland vote a cautionary moment for the U.K. and the West, which is buckling under the strain of massive debt and besieged by religious barbarians that have been appeased and coddled for most of the previous century. I fear that the outcome of the election is at best a temporary reprieve from disintegration; that this election result is seriously less than victory. As one woman who voted No to Scotland’s independence told a newspaper reporter in explaining her reasoning: “[the Scottish minister for breaking away] didn’t really have the plans in place.” Westerners should brace for the possibility that what this means is that Scots, and others throughout the West, from Spain to California, may be eager to elect those who do.