China, Asia and ‘The Last Emperor’ 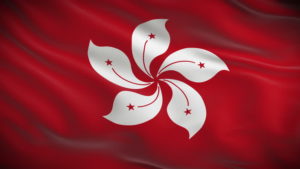 My recent post on Communist China, Hong Kong, Trump and the 2020 Democrats was on the cover of Capitalism Magazine. Though I do not endorse tariffs and I explicitly declined to do so or go into detail on trade, military and foreign policy, I credit the American president for ending 50 years of unchecked sanction and appeasement of Communist China. I also contrast the president with the 2020 Democrats in this context.

The impetus for writing my first and only positive Trump post since the pragmatist announced he was running for president four years ago is the realization that, for the first time in recent history, the U.S. government explicitly and actively challenges Communist China’s power, if not with consistency, let alone on principle.

This is thanks to Trump. I think opposing China is a mark of American progress. Read my post about Trump, Democrats and China on Capitalism Magazine here. 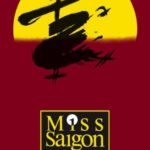 Capitalism Magazine also asked to reprint an excerpt from my review of Ken Burns’s PBS miniseries, The Vietnam War. Read the excerpt here. This is part of my recent series of Asian-themed posts, including a review of the Vietnam War-themed Broadway musical now touring, Miss Saigon.

I’ve also written a new movie review. Oscar’s Best Picture winner for 1987, Bernardo Bertolucci’s The Last Emperor, has been on my list of movies to watch for many years.

Encouraged and emboldened by the protests for democracy and individual rights in Hong Kong, the pro-Western city now protesting control by Communist China, a cosmopolitan city which once welcomed American whistleblower and hero Edward Snowden, granting him sanctuary from the oppressive Obama administration, I recently watched the movie with China and its rich history in mind. Read my review of The Last Emperor, featured on the cover of The New Romanticist, here.