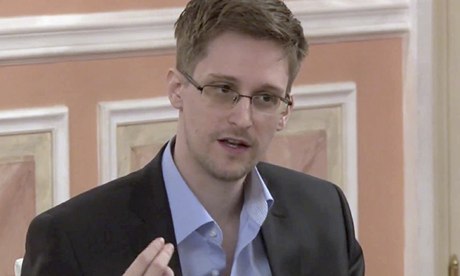 This year gave us two types of men: Edward Snowden and Phil Robertson, or, the man of reason and the man of faith. The young man represents the spirit of youth; Snowden is an idealist who fled his own country for Hong Kong this summer, told the world about indiscriminate government surveillance on the entire population of the U.S. and made thoughtful arguments against government control over people’s lives. He was praised here first before many others even addressed what he did. He was called a hero by Ayn Rand’s heir. He was passionately defended by a prominent conservative intellectual who reported that Snowden had been moved to act by a foreign film about Communist surveillance.

Yet Snowden was roundly denounced for his whistleblowing act of heroism by leftists, conservatives and others, especially those from the Clinton/Bush/Obama administrations, and attacked by government. Tea Party types who made a movement based on opposing government control, challenging the welfare state and demanding new, radical solutions to U.S. problems were split on Snowden’s status as a hero.

They shouldn’t be. Edward Snowden is in every sense the best news of 2013, if America is to remain even partially free. Stating that he does not trust the Obama administration, he brought forth bold new evidence at enormous risk to his own life. From his efforts, we know that the government tracks the American people with the latest technology and captures detailed information about every individual without regard to the law. We know that the government lied about doing this. We know that not a single enemy attack or terrorist siege has been prevented, not that it would make mass surveillance right if it had. We know that the ways and means of government surveillance of Americans is enormous, alarming and unchecked. A federal judge challenged the constitutionality and rightly compared the statism to George Orwell’s novel 1984.

All of this is thanks to Edward Snowden.

Snowden brought Americans together in a way that opposing ObamaCare never could, even paving the way for a more unified, principled opposition to that unconstitutional act of fascism. He did so by thinking, speaking and acting on his own judgment, something few Americans do by my observation. He singularly enlightened the West and changed the world and he did it going by reason, of course, not taking Big Government on faith.

Most Americans do the opposite, as we saw in abundance by their rallying to the defense of an archaic old man who thinks, looks and talks like the mass murdering religious terrorist who destroyed the Twin Towers. He goes by faith, not by reason. He is primitive, not cognitive. His name is Phil Robertson. He leads the religious clan at the center of America’s most watched cable TV program. 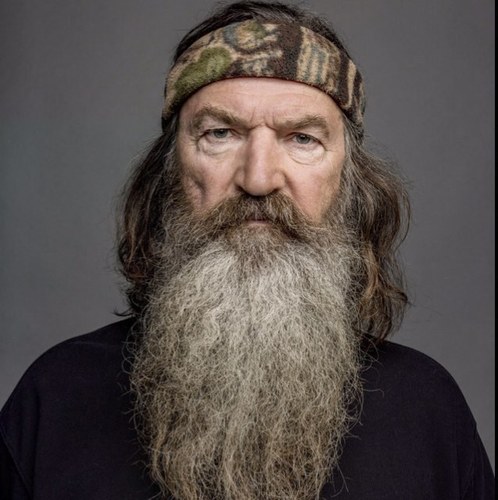 During an interview with GQ, Robertson said blacks he observed were fine before civil rights laws were passed and gays, drunks and adulterers among others are going to hell. Robertson, a fundamentalist Christian, has previously made similarly ignorant statements, such as promoting the marrying of females as children, and the cable network suspended him when his new comments were widely broadcast. They did so on the grounds that his views are repugnant to their business ethics. When conservatives, including religious conservative Sen. Ted Cruz, erupted in a fury to defend Robertson on improper grounds, i.e., free speech – ignoring that the suspension does not violate the First Amendment – the network buckled to pressure and restored Robertson to the airwaves.

The man of faith triumphed. That he did so at the expense of another group that touts faith (belief without evidence) in dogma, GLAAD, an irrational gay activist group, is irrelevant to what matters. Robertson brought forth vile and repulsive views, in crude expressions reducing sex to the use of orifices, spreading irrationalism to a wider audience. He singularly darkened the West and changed the world. His dark, malevolent beliefs were defended, sanctioned and accepted based on faith, i.e., in conservatism, in false views of what constitutes free speech, and above all in God, tradition and religion.

Robertson is the opposite of Snowden.

Robertson’s mob is emboldened and they are gathering. What we witnessed in 2013 in the Duck Dynasty media backlash, as with other cultural shifts toward irrationalism, is the mainstreaming of religious fundamentalism. The left’s faith in the welfare state was legitimized long ago by conservatives – the right accepts the left’s morality of altruism – and now the right’s faith in the religious state is being legitimized by the left, and also by secular rightists and libertarians such as Camille Paglia, in return. It’s the convergence of left and right in the name of faith, not reason.

We’ll suffer the consequences soon enough. Phil Robertson’s martyrdom has already paved the way for the emergence of another faith-based media celebrity: former quarterback Tim Tebow, who has been hired as a college football analyst by Disney’s ESPN for college football’s SEC Network in 2014. On Monday, Jan. 6, the athlete made famous more for his prayer than for his ability will make his first appearance as an ESPN analyst. “Tim is a SEC icon with a national fan base and broad appeal,” said ESPN programming executive Justin Connolly.

It’s not that there’s anything wrong with a devoutly religious person being popular in the culture. What the Robertson/Tebow broadcasting victories represent is a triumph of ignorance over knowledge, humility over ability, and, in Robertson’s case, depravity over dignity. Anyone who read what Robertson said knows what I mean. It’s bad enough that a publication that once heralded the civilization of man is cashing in on an old bigot’s popularity – and Robertson’s disgusting GQ interview is another instance of the coarsening of the culture which in turn feeds the rise of the religionists – and providing a platform for condemnation of gays, alcoholics and those who have sex outside of marriage, let alone marriage of children and Robertson’s other repugnant views and we should not be surprised if the rise of the Robertsons nets new primitives getting their own shows with high ratings, followings and streams of newly disgusting commentary. Nor will those inclined to denounce such primitives find speaking out easier in the wake of the Robertsons’ rising again.

All it takes to counter the rising tide of the irrational is one voice of reason to object. Like the child in the tale of The Emperor’s New Clothes, Edward Snowden pointed and named the reality of Big Government and gave America cause to rally for justice. His heroic example may lead to new, bold acts by radicals for a society based on reason and rights, though there will undoubtedly be new, bold acts, such as the continuing faith-based death spiral ObamaCare, by those in the opposite camp. 2013 delivered in two men powerful evidence of both.