I watched every episode of this curiously involving micro-series. Like most cable television-based micro-series, Mrs. America skims the surface of its own topicality. It’s extremely specific in certain details. These details may or may not reflect reality as the opening disclaimer of each episode discloses. 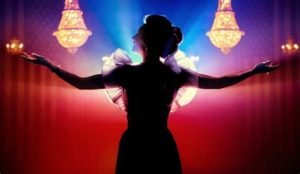 But the nine-part streaming series does provide interesting depictions of both feminism and what the series creators clearly regard as feminism’s opposite—traditionalism. It’s predictably slanted in favor of feminism. However, it’s not without thoughtful dramatic touches.

The whole series centers upon Phyllis Schlafly. Portrayed by Cate Blanchett (Carol, Truth, Cinderella, The Curious Case of Benjamin Button), who does not overact for the most part, the downstate Illinois conservative housewife and activist who took on the feminists’ pet issue, the proposed Equal Rights Amendment (ERA) to the American Constitution, is the most engrossing character. Who knows how much of this if any of Mrs. America is true. As Schlafly, Blanchett essentially portrays herself playing a Stepford wife.

Other characters are key real-life figures in the so-called women’s movement including Betty Friedan, Gloria Steinem, Shirley Chisholm, Bella Abzug, Midge Costanza, Jill Ruckelshaus and various fringe figures. It’s best to watch this series for an overall sense of both political activism in the 1970s and the proliferation of feminism as a dominant cultural trend.

Feminism is a side effect of egalitarianism. As such, it’s merely a variant, an offshoot of no serious value to human progress, which is abundantly clear in today’s culture. As an offshoot, however, feminism triumphed. It did so by dovetailing with its cousin, Puritanism, a philosophical parallel dating back to women’s suffrage and the evil movement to ban alcohol, Prohibition, which was violently foisted upon our young nation at the turn of the previous century — primarily by sinister, religious and Puritanical women.

Of course, Mrs. America fails to dramatize this connection. The clues, tidbits and details are all there for you to piece together for yourself. In color schemes, costume, set and production design and in certain characterizations in this show created by Dahvi Waller, Mrs. America captures the tectonic shift in the role of women in Western civilization which took place in the 1970s. It’s extraordinary. The series depicts the change.

There are many little problems, consistency errors and incomplete stories and subplots. But Mrs. America is brisk, smart and, occasionally, intelligent. A fictional character, Alice, played by Sarah Paulson (Carol, 12 Years a Slave, Mud), is too pat and cardboard to be realistic. But she could’ve been real, or at least made more realistic, and this adds drama.

In frills, carefully curled strands of coiffed hair in the bundled and pinned up mop and an overly produced 1950s aesthetic of old appliances and shades of powder blue, Schlafly comes off as a capable if ruthless conservative feminist. She’s never really driven by a commitment to what she professes are her beliefs or convictions. She lusts for power.

There is truth in this depiction. The hypocrisy that Schlafly exhibited was real. She was a woman who tirelessly worked year after year after year to stop the Equal Rights Amendment by claiming that a woman’s place is at home procreating and tending to her husband and family. Obviously, she did the opposite. Mrs. America makes too much of this, frankly, and not enough of feminist hypocrisy, which is equaled and stems from the same distortion of reality; both “sides” radically, fundamentally oppose individualism.

There are too many loose ends and unfinished subplots in half-baked character and story arcs. A gay son subplot, for instance, never gets resolved. Neither does lesbianism among feminists. Neither does the issue of racism among leftists. A subplot about Chisholm, who ran for president, is embarrassingly abbreviated and underdeveloped.

For example, Gloria Steinem is portrayed as having a long-term affair with a black man. At some point in the series, apparently, she dumps him or vice versa. The barely visible man vanishes. Par for the leftist course toward the one who’s black, he serves a purpose as a means to the end of propagating leftist dogma. He’s never seen or heard from again.

This may have been a series point; that men are discarded as pieces of flesh by women claiming to seek liberation for women when, in fact, what they seek is for women to be as irrational toward men as they prejudge that men are toward women. But in any case his character isn’t realistic or purposeful. Most male characters in the series exist strictly to promote the feminist view that that one’s sex predetermines one’s destiny, fate and life. Not a single male character is truly dimensional. Again, this may be on purpose. Female characters are more dimensional. But they, too, lack development.

Mrs. America’s theme that man is deficient or evil and always betrays woman is depicted without much conviction. The main reason to watch Mrs. America is as a kind of cultural study of grass-roots political activism that sprang forth in the 1970s in the wake of the New Left’s domination of academia, which set up today’s entrenched status quo. Now, this brand of activism horrifyingly rules the streets in a nation that’s crumbling and falling apart.

Watch Mrs. America to find out how and why today’s monstrous Me, Too and other toxic social activist movements and their emerging anarchy came to be.

Steinem’s portrayed by Rose Byrne as a waif. She was never as attractive in real life. Steinem’s a sniveling, sneering, nasty figure. Here, Byrne plays her as softer and sweeter. The series creators seem to think that Gloria Steinem was a real babe. That she’s not doesn’t fit Mrs. America’s thesis that women who’re feminists are hot and women who’re not feminists are not. Steinem was simply less unattractive than other feminist leaders.

Steinem accomplished next to nothing and Mrs. America at least gets this partly right. Unlike Freidan, Robin Morgan and Ayn Rand, Steinem never wrote serious or best-selling books. Steinem never had serious political impact. Even her sole business venture, a publication that’s one of the great publishing failures in the history of the American press, fades into oblivion after great fanfare.

Congresswoman Abzug, portrayed by Margo Martindale, is brash, loud and interesting and Martindale does her best to capture the louder than life woman. But she’s not nearly as abrasive as Abzug was in real life. Apparently, Abzug had two children that aren’t even mentioned until the last episode. Mrs. America never gets at what motivated this angry advocate for government control of human life, who reminds me of Ayn Rand’s literary character Comrade Sonia.

Mrs. America’s best acting performance is by Tracey Ullman as feminist intellectual Betty Friedan, author of the groundbreaking study The Feminine Mystique in 1963.

As Friedan, Ms. Ullman is outstanding — she’s always in character and on point. Friedan is a fascinating figure in the so-called women’s movement. She made the best arguments. She was the most convincing. She spoke like a rational human being. She was a thinker, writer, wife, divorcee and mother. The feminist movement treated her like trash and Mrs. America shows this. But it does not even begin to dramatize who is Betty Friedan.

Clearly, feminism poisons American culture. Much of the toxicity was at least addressed and forecast by Phyllis Schlafly, a fact which is honestly depicted. This wicked notion that one’s identity is based on one’s sex is sufficiently portrayed in Mrs. America.

Yet feminism and the havoc it wreaks doesn’t get its due; Mrs. America doesn’t depict the truth. It does get key facts right, including Schlafly‘s influence on the Republican Party, pushing it toward religionism. So, this is an interesting depiction of how things went down and spiraled America into descent. The ERA was stopped after being ratified by most American states. But it’s never been crushed. Feminism spread like a disease.

Mrs. America dramatizes this horror. It depicts the air-headed movement to reduce sex to power lust based on the fallacy that one’s sex is the essence of one’s identity. It shows both feminism and its variant, Puritanism, as petty, vain and shallow.

Tellingly, the proposed Constitutional amendment, a relatively short proposal, is never explained. The ERA is not shown, let alone defined. It exists on background, apropos of feminism, without facts, definition, detail or exposition. In the end, Mrs. America fails to explore the feminists in earnest, let alone why their feminism spreads. It doesn’t grasp that a presumed conflict between Puritans and feminists is false; that they are both a fraud.

If you watch, and you should because these vacuous, power-lusting women made a demonstrable and sinister mess of daily American life, you could learn what moves foul women to lust for power over men. And lord over other women.