TV Review: Jonestown: The Women Behind the Massacre (A&E)

The 84-minute Jonestown: The Women Behind The Massacre filters the horrifying and historically fascinating tale of what unfortunately became known as the Guyana tragedy through the lens of the women who planned, coordinated and carried out the 1978 massacre, which left 918 men, women and children dead. Though it aired on cable TV’s A&E, I watched it on Apple TV streaming. The program purports to focus on four women, Marceline Jones, Carolyn Layton, Maria Katsaris and Annie Moore, and their impact on the People’s Temple and its founder, the Rev. Jim Jones.

But the November 18, 1978 act of mass murder and suicide was more of an attack than a tragedy, a distinction Americans still fail to make 40 years later. Though more detailed than advertised and not exactly focused on the women as much as it claims, Jonestown: The Women Behind The Massacre certainly accounts for each of the four women, scattering clues, facts and segments across its run time. Drawing from key readings of highlighted documents, extensive audio clips with subtitles and exclusive interviews with Jonestown survivors and family members, including Jones’ biological son, as well as never-before-seen archival footage and photos, it retraces the timeline. I remember when this happened — days after Iran’s Moslem dictatorship seized the American embassy in Teheran — and followed various dramas and documentaries about this historic application of religion to reality. I learned new information, so this one is worth watching. 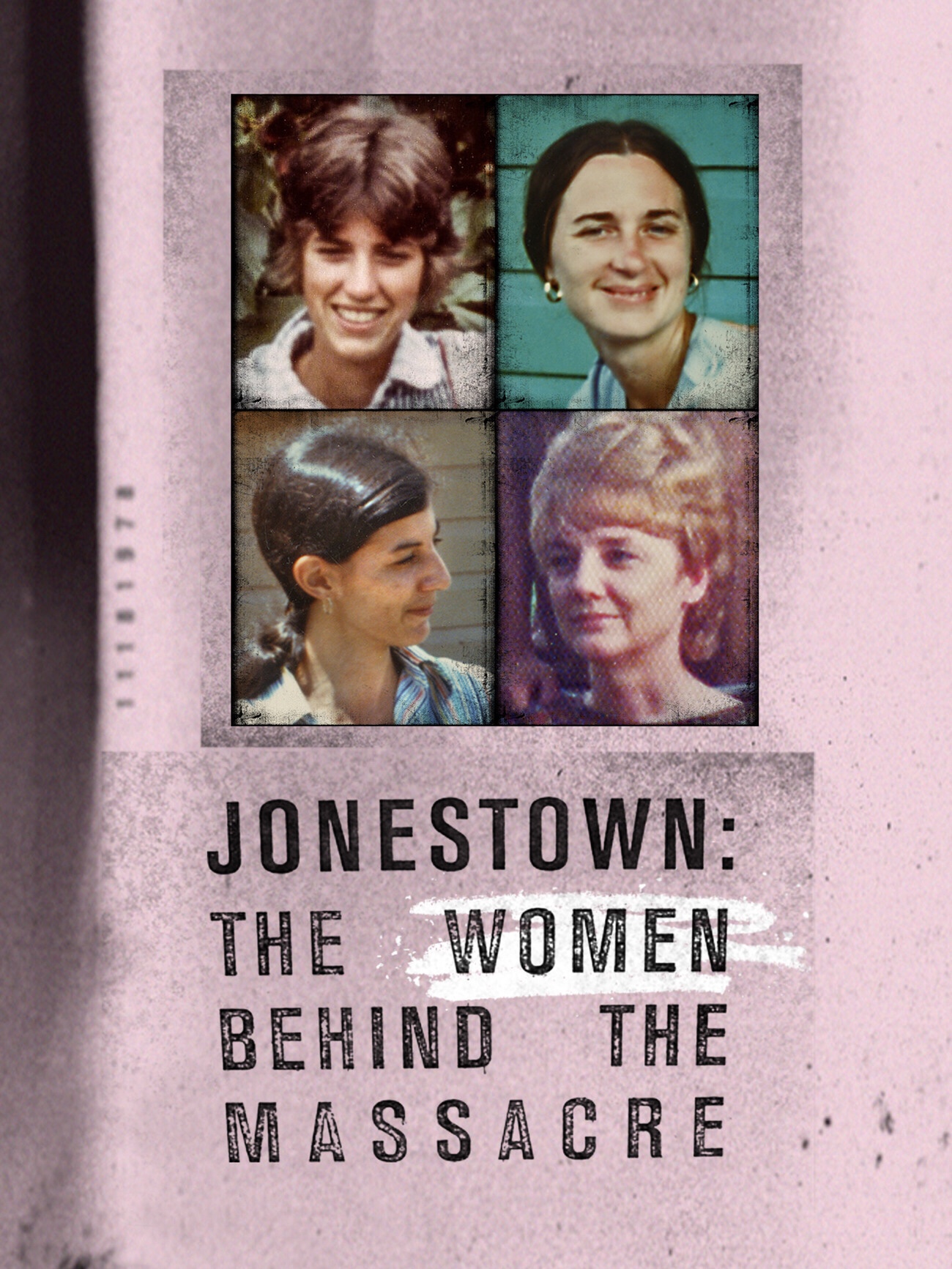 A&E’s Jonestown: The Women Behind the Massacre

Jonestown: The Women Behind The Massacre starts with an overview of the women’s roles within the church from its explicitly multiculturalist origins in the Midwest to its insidious spread and rise in the Sixties in Northern California, where so many death cults, such as the Manson Family, Black Panthers and the Symbionese Liberation Army, festered and originated. While it’s not included here, I recall reading that the era’s Jane Fonda had at some point declared herself an enthusiast for the People’s Temple, sharing the Reverend Jones’ faith in collectivism, socialism and social justice. These are their terms, not mine, and the most compelling aspect of this movement and program is how it made and tracks a religion out of the climax of the New Left, down to its environmentalism and multiculturalism. Forty years after their loved ones were slaughtered, Americans continue to equivocate about the evil of these ideals.

“[T]his [New Left] ideal had become instead this insular, paranoid, violent community”, Hearing the Voices of Jonestown author Mary Maaga asserts without accounting for her use of the word instead in this sentence. Of course New Left dogma became mass death but this documentary doesn’t identify, let alone examine, the philosophical roots of Jonestown.

Instead, Jonestown: The Women Behind The Massacre delves into facts, withholding analysis and judgment, documenting Jones’ drug addiction and sex orgies, as the Church preyed upon the Midwest’s and California’s poor and black families and becoming a model for future cult leaders, sects and swarms of militant religious women and sister-wives. As the People’s Temple herd dodges family lawsuits and concerns with a move to Guyana in South America, Jones fights for custody of one of the children he may have fathered, which is a catalyst to media scrutiny. With complicit parents as pawns, believing in social justice as their children work in the Guyana commune toward mass death, the four women plan and coordinate the mass murder-suicide, which began on that black day with the socialist commune’s parents giving their children cyanide-laced Kool-Aid. The women had ordered the poison and tested it on pigs before Congressman Leo Ryan’s constituent welfare check on Nov. 18.

With footage from the day of the massacre, which does not (and should) include video of the People’s Temple members’ military gun massacre on the congressman and practitioners (here, they’re called “defectors”) trying to escape the compound, Jonestown: The Women Behind The Massacre  shows that what one person calls “the most peaceful, loving community” suddenly, chillingly executes its highest morality: altruism. Another adherent praises Jonestown because there were “no cars”. Viewers should note that the preachings and practices at Jonestown are widely accepted today. Suicide and murder for the sake of earth, God, or others on a large scale was shocking in 1978.

It is not shocking now.

Jonestown: The Women Behind The Massacre reports on the women who strategized, schemed and made the massacre possible, reminding everyone 40 years after the People’s Temple’s mass death that, while it’s easy to overestimate Stalin, Hitler, Khomeini, Arafat, Mao and other mass murderers such as the Rev. Jim Jones, women (and men) who sanction, support and teach them are also guilty. A&E’s Jonestown: The Women Behind The Massacre, explicitly names the evil that these women did — they systematically conceived and activated the mass slaughter of innocents. That this account is predominantly made by survivors and scholars who are women is incidental.